What new features can you expect from the Windows 10 November update? Let’s take a look.

Windows 10 has received its first major update, supplying a bunch of improvements and new features to Microsoft’s grand platform-straddling OS.

It really is a sweeping update, and we’re going to spend a little time here running through the changes. First things first though: how do you actually obtain the Windows 10 update?

Allow us to explain:

How to get the Windows 10 update

If you already have Windows 10 installed, then you will received the November update automatically, according to your Windows Update settings. We’d recommend checking those to make sure you’re all set up to receive the update.

If you’re on Windows 8.1 or Windows 7, however, you can still upgrade to Windows 10 for free. It’s just that this generous upgrade will now come with the November update included.

So obtaining the Windows 10 update is easy. What does it add? Here are some of the most notable new features.

After the update, Windows 10 is faster than ever. We’re talking 30 percent faster than Windows 7 running on the very same device.

Microsoft’s personal assistant tool, Cortana, is now smarter than ever. It can recognise hand-written (using a stylus) phone numbers, email addresses, and physical addresses to help you set reminders.

It’ll also now keep track of any event or movie bookings you make, sending you reminders so that you don’t miss them. Cortana will also give you the ability to book an Uber, though this appears to be a US-only feature at present.

You can also use Cortana to send text messages, if you also have a Windows Phone device.

Cortana will also send your PC into sleep mode when it knows you’re out of the office. 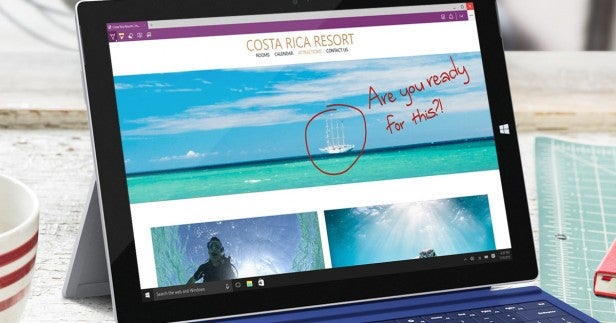 Microsoft’s new web browser gets some attention in the first big Windows 10 update. You get improved performance and security, as you might expect, but there’s also a neat new tab preview feature.

This allows you to hover over open tabs and get a preview of the web pages without navigating away from the current tab.

You can also now sync favourites and reading list items across multiple Windows 10 devices, while there’s a new option to cast media to Miracast amd DLNA devices with no setup.

Microsoft has made the Start menu a lot roomier than before. This manifests itself in a wider menu, but also in the expansion of its somewhat troublesome app limit.

Originally, you could ‘only’ squeeze 512 apps into the Start menu – anything more would simply disappear. That’s now been expanded 2048 tiles.

Why does there need to be a limit at all? We’re not too sure, to be honest.

Microsoft is really pushing Windows 10 as a business platform with the new update. It’s adding two new free services with that in mind.

Windows Update for Business allows IT departments fine control over specific Windows updates within organisations. So, they can opt out of certain non-essential updates, and stagger the rollout of those that they do accept.

Meanwhile, Windows Store for Business gives IT departments a flexible way to distribute apps to Windows 10 devices within the organisation. 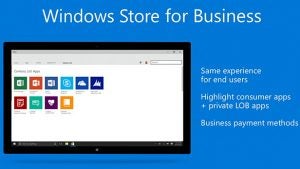 Microsoft has added a ‘find my device’ option to Windows 10. This works for any Windows 10 device too, not just smartphones.

Just log into your Microsoft Account from any other device, and you’ll be able to see the last-recorded location of your laptop.

Have you spotted anything else in the Windows 10 update? Let us know in the comments section below.