We’re only a few days away from the Windows 10 going on sale. After the disappointment of Windows 8, it’s set to become one of the most important operating system launches in Microsoft’s history.

Whether you’ve already decided to upgrade, or are still considering whether to do so or not, here are the Windows 10 features we think you should try first.

Microsoft’s virtual assistant, which has been present on its phone operating system for a while now, is one of the headline features of Windows 10. Accessible directly from the desktop with either a click or a voice command, it’s used as a handy helper when you need to get stuff done.

You can ask it basic questions, such as  “What’s the weather like?”, and it’ll populate with the latest news each morning, but it also supports more advanced features such as providing directions, creating reminders and dictating short notes – there’s lots of different commands to try. 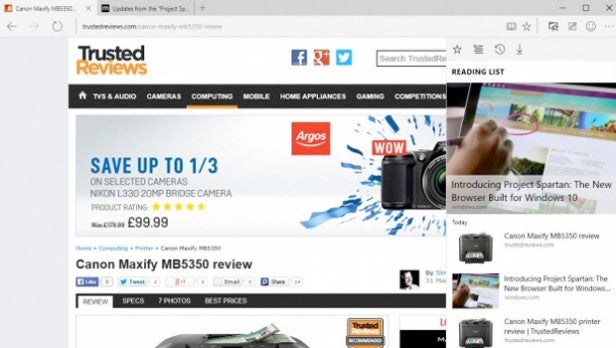 The new Microsoft Edge browser, formerly known as Project Spartan, wasn’t included in the first few builds of Windows 10. But since its big unveiling at Build 2015, it’s now fully featured and ready to use.

Edge is the new default web browser for Windows 10, with Internet Explorer consigned to the background to support legacy software. It features a host of built-in features such as a screen grab tool with touchscreen doodling abilities, a note pad and reading mode. Cortana will also be built into the browser, so your search results will be tailored to you, plus you’ll have restaurant reviews, directions and so on beamed straight to you.

It’s actually a slick looking browser, with a familiar tabbed view and a dual functioning address bar that’ll act as your search box too. Microsoft doesn’t seem to have completely left the idea of Internet Explorer in the dust though, as the icons do look almost exactly the same.

Related: Windows 10 System Requirements – What will you need to run Windows 10? 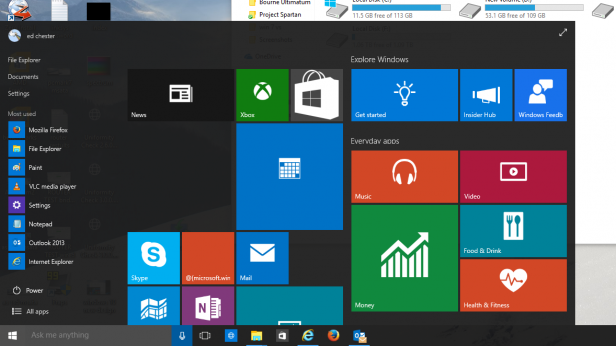 3) The new and improved Start Menu

After reinstating the Start button in Windows 8.1, Microsoft is now bringing back the menu to go with it. Happy times for desktop users – it’s no longer just a place to jump awkwardly back to the tablet-friendly interface.

Now it’s a more familiar place where you can view regularly used apps, have the ability to use universal search (including web search) instead of swiping from the right of the screen to reveal the charms bar and even have the ability to shut down or restart a Windows 10 laptop or tablet.

There’s also a new ‘Me’ tile, which still gives the tiled interface a presence desktop mode where you can re-size tiles depending on how prominent you want them to be.

In something of a surprise move, Microsoft has softened its hard stance on the block-colour aesthetic of Windows 10 and added transparency back into the Start Menu. Again it’s a small adjustment but one that definitely helps general navigation. The login screen has also been spruced up.

Related: Windows 10 Start Menu: How Microsoft is bringing the iconic feature back to life 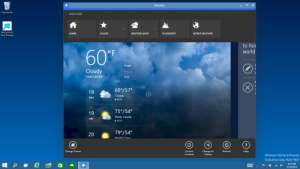 4) Windows Store apps on your desktop

In another attempt to make the Metro interface work in a more traditional Windows way, apps downloaded from the Windows Store can now be re-sized and will include title bars so you can minimise and maximize them giving you more flexibility with how apps can be displayed.

These apps will also work directly across platforms so, in theory, the same programme will run on your computer, tablet, phone and even the Xbox One.

Some of this will be familiar to Windows 8 users who upgraded to Windows 8.1, but it’ll be totally new territory for Windows 7 users out there. Try it out – you might like it. 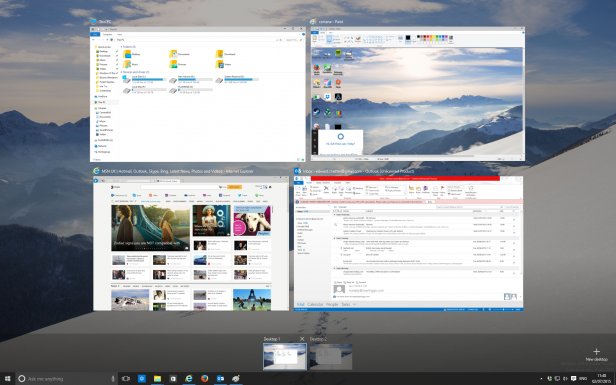 A key tweak has been made to one of the most important features of Windows 10, as far as hardcore Desktop users are concerned, which is virtual desktops. On previous builds the apps you had open on any desktop were shown on every desktop’s taskbar, making it cluttered. Now there’s an option to filter the taskbar, so only the apps on your current desktop are shown. It’s a small tweak but a very welcome one.

Another part of this system is the new Task View, which makes it easier to see all the open apps and windows all at once. It’s similar to previous ‘app switching’ implementations in previous versions of Windows, but the grid layout is easier to use quickly at a glance.

The fact Windows finally supports virtual desktops natively is long overdue, but it’s a very welcome addition all the same. 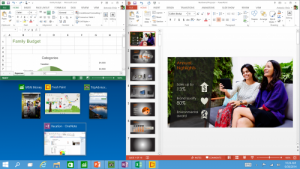 The window snap features of Windows have been a useful mainstay since Windows 7, but they’ve had a bit of a refresh for Windows 10. The new ‘Snap Assist’ UI will let you pull in windows from anywhere, even if they’re on a different virtual desktop to the one you’re working on.

It’ll also make it easier to have different layouts of windows, including integrating ‘touch apps’ that can snap to the side and different grid layouts. It’s just another way Windows 10 is more power user friendly.

Related: Windows 10 vs Windows 8: Should you upgrade? 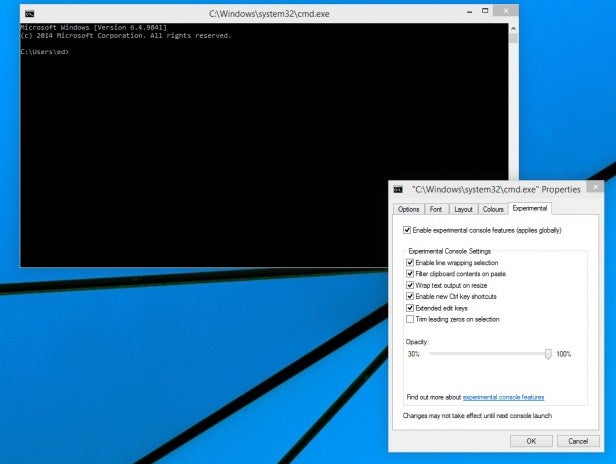 7) Copy and paste in Common  Prompt

Hold the phones. Yes, even Command Prompt is getting a tweaked. Long-time users of Windows will be familiar with using Prompt to run in MS-DOS mode and in Windows 10 you will now be able to paste directories with the Ctrl and V keyboard shortcut. A simple, but nonetheless useful feature for some users. 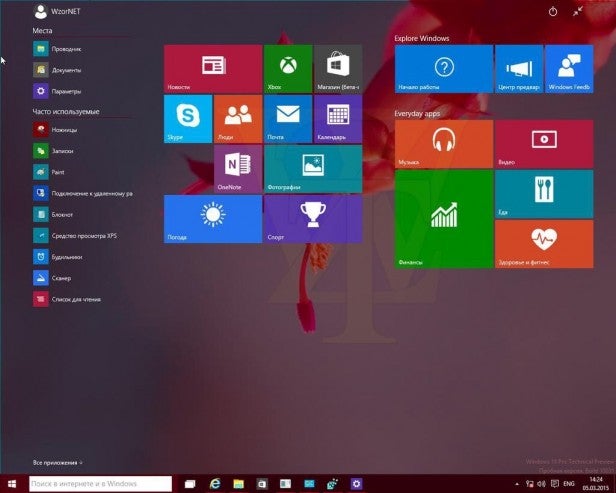 While Microsoft is making changes for users more familiar with older versions of Windows, it’s not forgetting about the people who actually like the new touchscreen-optimised features. For them there’s a dedicated tablet mode that effectively makes the Start Menu go fullscreen and runs all apps in fullscreen as well. Hybrids, of which there are many, should switch between tablet and desktop modes automatically if set up correctly.

Related: Windows 10 Free Upgrade – Will you have to pay for it? 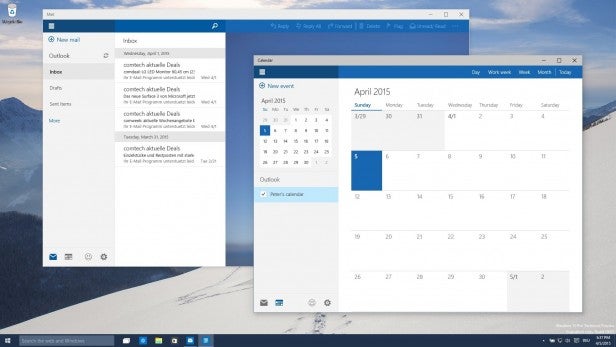 Microsoft has done lots of work to improve the Mail and Calendar apps compared to Windows 8. They’re faster, easier to use and condense more information into less space without making them feel cluttered.

They’re also ‘responsive’, which means the shape and layout of the apps will adapt to work in the size of the window it’s in – it’s a useful way to let the apps be open on the desktop alongside other apps and still be usable.