Valve Software is about to start making Valve hardware too but the Steam Box isn’t just going to change console gaming, it could help change your desktop PC too.

At CES 2013 we finally got a peek at the first Steam Box – a low-cost, compact PC designed to run Valve’s games distribution and multiplayer network, Steam. There were a number of unusual things about the Steam Box, compared to other console announcements. Firstly, the Steam Box is actually going to be lots of boxes. There will be an ‘official’, Valve-branded device but essentially it is just a PC. Anyone can make a PC and Valve seems to be perfectly content with that. 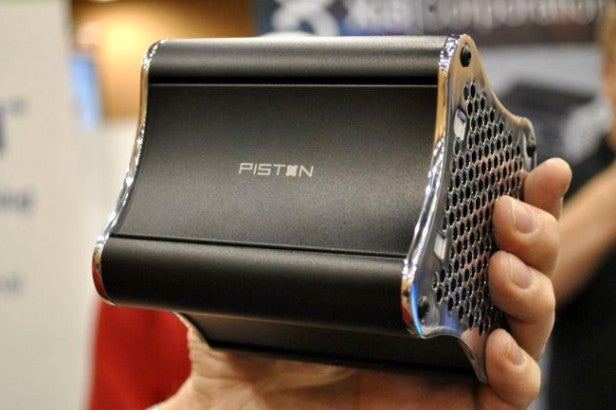 Secondly, this is a ‘console’ that will be entering the market dominated by the PS3, Wii and Xbox 360 but it will be doing so with a ready made infrastructure and user base. In a sense the Steam Box IS its infrastructure as you can run Steam on any decently-specced PC and Valve will still get paid, as will game developers.

There is another interesting aspect to Valve’s plans, though. And this is one that could be game changing in a different sense. The Steam Box will run Linux – the free operating system based on UNIX which is widely used to power servers (many of the biggest sites on the web rely on it) but which has never really taken off as a personal OS for desktop or laptop use.

Valve founder Gabe Newell has made no secret of his disdain for Windows 8 – an opinion shared by many developers –  and Valve has quietly been working on a Linux port of its Steam software for some time. Steam on Linux would be nothing more than a curiosity without a library of games to back it up, but Valve has been hard at work here too, porting some of its own games and helping other developers make their games run on the free OS. At the time of writing there are around fifty games available to play via the beta of Steam for Linux with more being added. 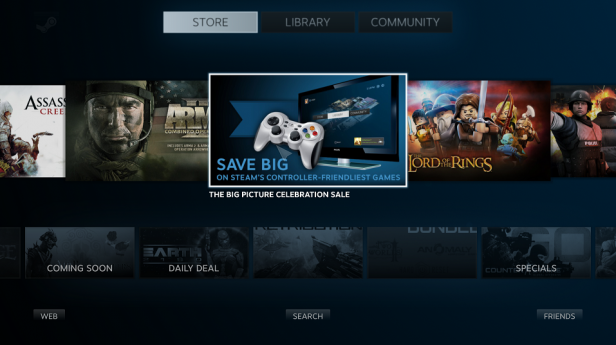 Windows is arguably at its weakest position in years. Windows 8 was designed to transform the OS into a touch-friendly rival to iOS while keeping the backward compatibility required to run the wealth of high quality applications and games that PC owners have come to expect. The reality has been somewhat different, with a confusing product range consisting of ARM-based Windows RT devices that have no backward compatibility with software written for old-school x86 processor-based PCs being unleashed on an unsuspecting public.

In an attempt to beat Apple, Microsoft may have made some rather rash decisions regarding the Windows 8 user experience, retooling the OS for fingertips when there are plenty of both users and applications that are better suited to mouse and keyboard.

Linux on the other hand has for the past few years been quietly growing and maturing. Thanks to investment from the likes of IBM and Canonical some real inroads have been made in de-geekifying Linux and making it both simple to install and easy to use. Although there are thousands of applications available for Linux there has been a serious lack of the kind of commercial software of the kind so abundant in the Windows ecosystem. 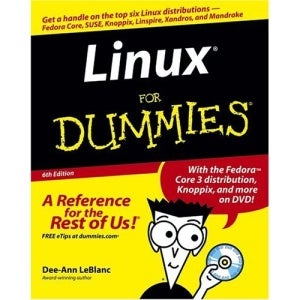 That is changing. The ‘no software’ argument used to mean the likes of Microsoft Office, Photoshop and of course games. Now, though, there are well made and very usable packages like OpenOffice and The GIMP (Gnu Image Manipulation Program)  – neither quite rival the latest Office or Photoshop but they’re not bad for free – that run natively on Linux as well as compatibility libraries like WINE that can run many Windows programs under Linux. In addition, cloud-based software has taken off and many people can and do work entirely in the cloud and touch desktop software only when they have no choice. Although Office (for example) is by no means dying it is probably at its most vulnerable since the days of WordStar and Lotus 123.

Gaming has long been one of Windows’ trump cards in fighting off the Linux desktop. You might be able to use a MS Word clone like AbiWord to edit your CV but playing Dark Souls or Portal required you to either dual-boot into Windows or if you were wedded to the idea of working in Linux, to cough up for a console.

Importantly, this isn’t another company using Linux as an embedded system – various flavours of the open source operating system can be found all over the consumer electronics space in everything from PVRs to sniper rifles and is the OS that underpins Android – what Valve is proposing is running Linux on a line of PCs that differ from the one on your desk or your lap only in size and the number of video out ports. Steam for Linux can already be installed on a commodity PC with a suitable graphics processor and Valve aren’t going to care if you buy games on your laptop or on a purpose-built set top box. Your money is still good.

If Valve’s Steam Box can encourage developers to target games at Linux then another barrier will have been removed. There will be one fewer reason to stick with a Windows desktop or upgrade to Windows 8. A move to Linux could also be great news for developers. With no Microsoft to control the development libraries like Direct X there should be more scope for open libraries and cross-platform gaming could be made easier.

Should Microsoft be worried? Microsoft Studios boss Phil Harrison was obviously rattled enough about the Steam Box’s impact on the console market to give an interview with Eurogamer in which he felt compelled to warn Valve that “Entering the hardware business is a really tough business.” but perhaps it should be the executives down the road in the Windows 8 office who should be feeling nervous.