Every week, we scour Kickstarter, Indiegogo and more to find the best crowdfunding projects around, so you know which ones to consider backing – and what to definitely avoid.

This week’s top pick is the Eon, a plug-and-play powertrain that will electrify any skateboard in a matter of seconds. And our one to avoid? That would be the completely pointless AshBox, a so-called ‘smart’ ashtray for your car that’s, well, completely pointless.

Related: Why the Ticwatch 2 is a smartwatch like no other

What is the Eon? 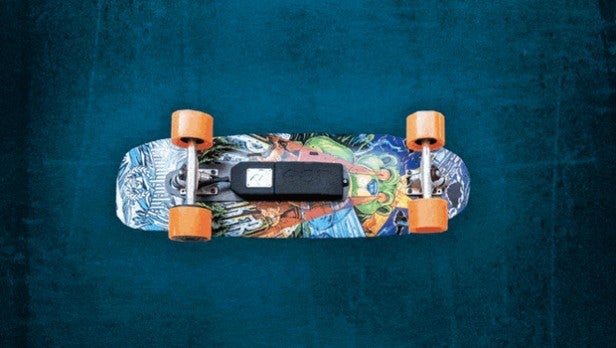 It’s a bolt-on powertrain that turns any skateboard into an electric one in little to no time. That means you can go up hills without so much as a single push, and travel for miles without wearing yourself out. And because skateboards are portable enough to take on a bus or train, it could be your new commuting best friend. 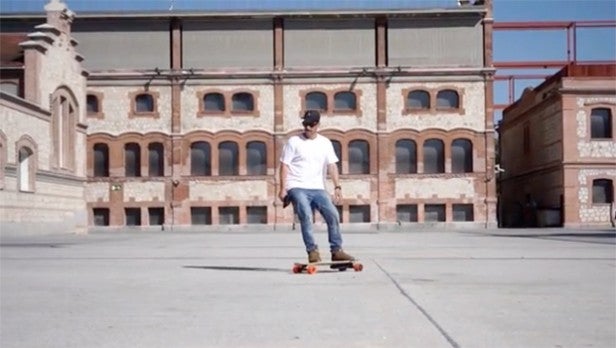 We’ve seen plenty of electric skateboards over the years – and ridden a few, with varying degrees of success. But this is the first pack we’ve seen that bolts onto your existing board to give it electric power.

In other words, there’s no need to buy a whole new board.

It promises to be easy to fit, too. Just swap your wheels for the motor, and slide the battery pack under your trucks (the axle units that connect the wheels to the board). In fact, Unlimited – the firm behind the Eon – claims it takes just seconds.

Because it integrates with the wheels, it eliminates drag, so it should feel like you’re being pushed uphill by an invisible hand. It’s also completely silent, so you won’t annoy your neighbours with an early start.

The Eon is modular, so you can choose how much power and battery life you get. You can choose between one and two motors and batteries, depending on the terrain and the type of journey you’re undertaking.

One pack gives you 12km (7.5 miles) of range, but this can be doubled by adding a second pack. If you’ve a long journey ahead, and most of it’s uphill, you’ll be thankful for the extra power and battery life.

. And it only weighs 2.1kg – the weight of a bag of sugar – so it’s light enough to pick up and carry onto the bus or train.

You can select different driving modes using the companion smartphone app, so you can go easy as a beginner, eke out the battery using eco-mode for longer journeys, or go for all-out acceleration in pro mode. The app also lets you fine-tune your ride, see stats such as how much ground you’ve covered, and connect with other riders.

It’s controlled from a wireless remote control that sits in your hand and even has a nitro button for when you really need a speed boost.

And if you don’t already have a skateboard? Unlimited will sell you one with Eon pre-installed. 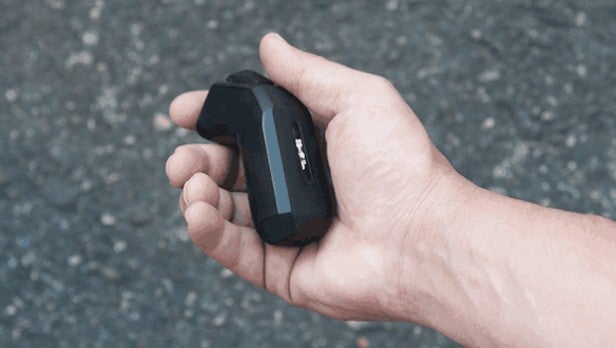 There are the usual risks that come with backing any project: manufacturing shortages, certification issues, delays in shipping worldwide, and the rest. Unlimited claims its March 2017 shipping date is conservative, so hopefully it can stick to it.

More worryingly perhaps, while the motor and electronics are weather resistant, it’s not advised to submerge it in water or use it in heavy rain. That could render it useless for about 70% of the year in Britain. We’d expect it to work better than advertised in this sense and reckon Unlimited is just being extra cautious to cover its back.

As always, there are dangers inherent with crowdfunding any project – you should read Kickstarter’s FAQ and Trust & Safety sections for more information. 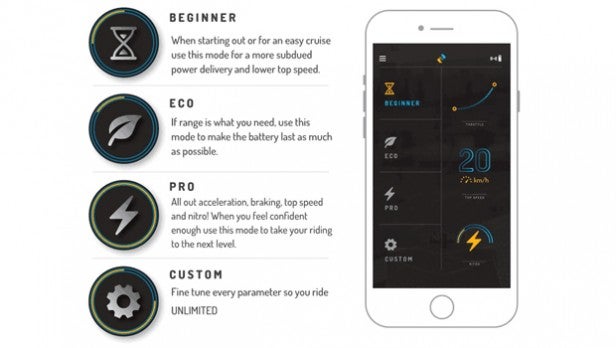 In a word… not really. (OK, that was two words.) Electric skateboards have been around for years, but this is the first add-on system we’ve seen that converts a standard board into a turbocharged one. The fact that it’s modular gives you even more control over how much power and range you have – although, admittedly, having two packs will weigh you down more, and if you want to remove one it’ll mean getting the screwdriver out.

In terms of how it compares to the competition, it’s a lot cheaper than most electric models. The pre-built ones all start at about £400 – considerably less than most big-name electric skateboards, which can run you up to £1,000 or more in some cases.

It’s also faster than most hoverboards, and a lot less likely to burst into flames for good measure. 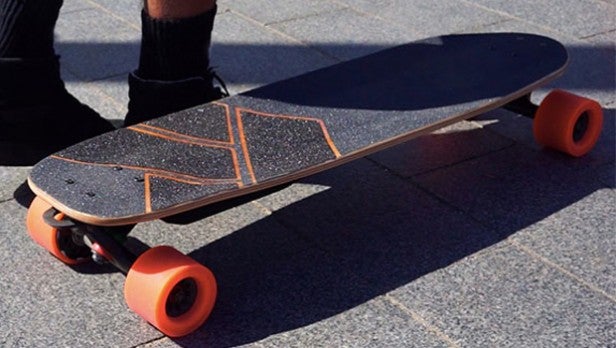 If you have a long commute, and want to speed up the journey to and from the bus or train, the Eon could be a godsend. As long as you wear a helmet, and don’t ride on the pavement, of course.

It’s raised over €270,000, which far exceeds its €100,000 goal, and there are three different models to choose from, depending on your riding style. The Brute is short and stiff, the Drop is a longboard with plenty of flex, and the Kick is somewhere in the middle, with added flex and kick-tail. All three start at €469 (£404).

The cheapest early-bird deal is sold out, but you can nab the solo kit for €399 (£344), though you’ll need to supply your own board.

You can learn more and help crowdfund it here.

AshBox, the ‘smart’ in-car ashtray. The idea being that when you tap cigarette ash out of the window, it often falls into the car, causing mess and smell. But surely if you can’t tap it out of the window, how are you going to get it in the much smaller target of a travel mug that clips to your car door?

Also, we’d question just how ‘smart’ this ash tray is. It has an air filter that’s powered by a fan, and that’s about it. Which doesn’t really qualify, in our book.

Still, great launch video. Make sure you watch it until the end.

Tempted to fund the Eon Board? Let us know why or why not in the comments below.