There’s been a lot of hullabaloo about the Fallout 4 Pip Boy Edition. Exclusive to GAME here in the UK, the £100 SKU includes a real-life version of your very own Pip Boy.

It’s totally wearable and, when you shove your phone inside, the Pip Boy app connects to your game and becomes a very elaborate companion app. You might even feel like you’re living in Fallout 4 yourself – without the whole apocalypse thing.

Although I was initially concerned that the £100 price for the game and the Pip Boy would put people off, it seems most people weren’t so fussy, as it completely sold out through ordering.

But when the Pip Boy Edition starts landing on doorsteps tomorrow – or perhaps not, if GAME has cancelled yours – there may be some major grumbling.

That’s because it’s a big piece of plastic rubbish. 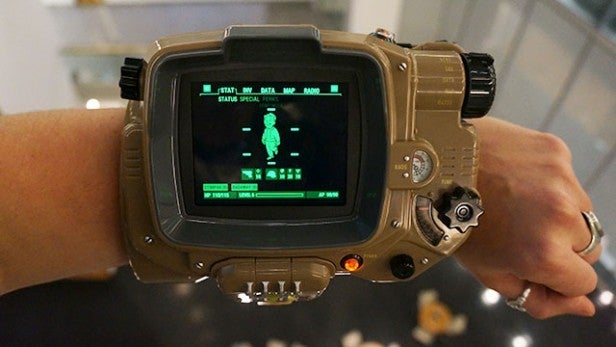 I, like everyone else, gasped with delight when the physical Pip Boy was announced with Fallout 4 back at E3 2015. But now I have it in my hands – and on my arm – I’m disappointed.

When you think you’ve paid around £60 for the Pip Boy (£100 for the Pip Boy Edition, minus £40 for the game), I was expecting a flashy device that I would be proud to not only put on my shelf, but also possibly wear while playing the game.

But removing it from the box, I was immediately struck by how budget my very own Pip Boy really is.

The Pip Boy itself is made from a creaky, shiny plastic that’s about the quality of a Happy Meal toy. It’s got various knobs and buttons that are used in-game to control the Pip Boy’s display. 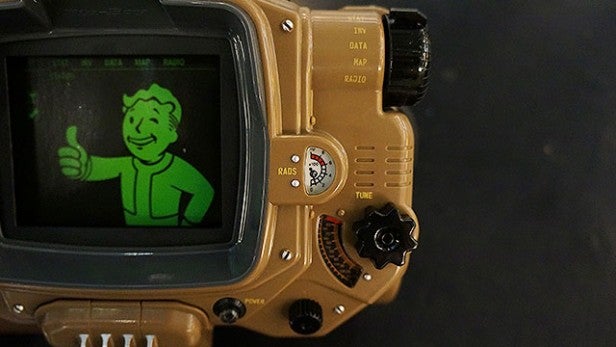 The big kid in me headed straight for them, twisting and turning to see what would change on the Pip Boy itself. And again I was disappointed. The only knobs that make any visible changes are the radio tuner, which makes the pin move along the radio spectrum, and the selection knob. Of course, this latter dial doesn’t affect anything as the Pip Boy runs off the app on your smartphone, and the knob is just for decoration. In fact, it nearly fell off in my hand, as it’s very wobbly.

Then you’ve got the faux leather that lines the interior of the Pip Boy. Again, you’re looking at really bad quality – so much so that the leather surrounding the Velcro strap within had already torn before I’d even got it out of the box. After a few turns trying it on, the padding has actually come away from the plastic along one edge, showing the electronic chip beneath and threatening to dislodge itself completely.

The Velcro strap itself is huge. I’m not sure whether Bethesda envisioned all the customers buying the Pip Boy Edition having huge forearms, but the Velcro wouldn’t fasten around my normal-sized arms, or those of any of my colleagues.

Plus, the battery only powers a pair of lights on the Pip Boy. Everything else comes from your smartphone screen.

So far, so disheartening. 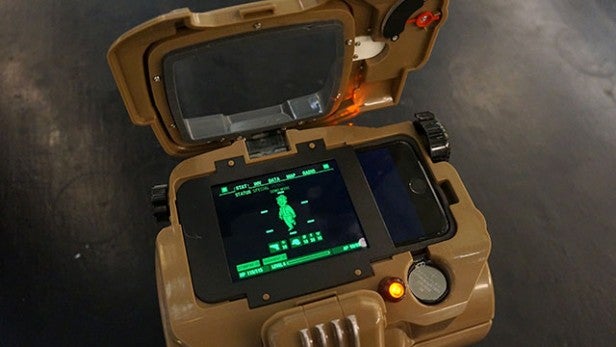 Then comes trying to get your phone into the thing.

But to make sure the Pip Boy is compatible with all of these, Bethesda has simply carved out a vaguely phone-shaped hole in the interior of the device. You access this by unclasping the arm band, sliding down a latch and lifting the screen cover. It’s a fiddly business and not very straightforward.

You’ll find two bits of cardboard within that act as the screen bezels for the app, and another piece of cardboard that’s acting as the app placeholder.

It’s then I discovered the three foam wads. These detach from each other to create padding for your smartphone, compensating for varying phone sizes.

I’m impressed Bethesda has attempted to make the Pip Boy compatible with so many smartphones, but when that’s done via a series of foam cutouts, it seems like an ineffective way of achieving that goal. 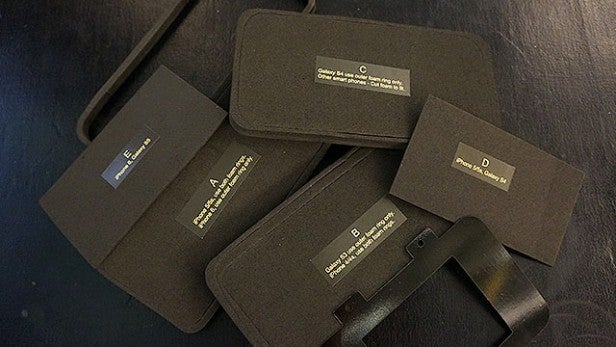 What’s more, if you don’t own one of these smartphones, Bethesda says the following:
“The device cavity will accommodate most small to medium devices. Experiment with the various Foam Rings and Foam Pads to create a sufficiently close fit. You may also find success trimming various foam pieces to work with the dimensions of your device”.

Plus any devices larger than an iPhone 6 just won’t fit. Sorry, iPhone 6S Plus or Galaxy Note 5 owners.

The only saving grace for the Pip Boy is the app itself. It works well, connects to your PC, Xbox One or PS4 Fallout 4 game to act as an extensive companion app.

But any thoughts of me wearing the Pip Boy while playing have long gone. 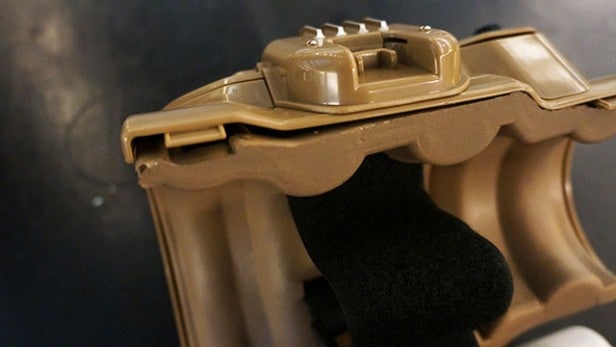 It does look rather fetching on its stand, if you’re looking to use the Pip Boy as more of a display item. Just don’t let anyone get too close, or attempt to try it out.

Put it this way: you shouldn’t be too disheartened if your Pip Boy Edition has been cancelled at GAME.

The Pip Boy feels like nothing more than a successful marketing ploy, convincing gamers that they need their very own Pip Boy months in advance – but actually churning out a plastic monstrosity. A £60 ornament that broke my gamer heart.