“The problem with Android is…”

It’s a phrase that has been used many times. Whether pointing at the platform’s fragmentation, the bugs in its software or its previously geek-heavy image, there’s always something to complain about. Today’s target for a good old whinge is the Android app and games market, and why it’s in need of help.

What it needs is a new outlet, a fresh start of sorts. And Steam could be that fresh start. Today, Steam announced that it is to extend its remit to encompass applications, rather than just games. So why not spread that a bit further to include Android games?

Why Help is Needed
The current state of the Android games ecosystem is not great. The exact figures are elusive and somewhat difficult to calculate, but at the end of last year a report from Distimo was released suggesting that iOS apps generate six times the revenue of Android apps.

Put simply, Android users are not willing to fork out money for games, while iOS users are. It’s a terribly broad generalisation, but one that I’ve found has proved true in my own behaviour – I’ve made more impulse 69p iPhone downloads than I have impulse freebie downloads on Android.

But why such a disparity? It’s a bit like asking why one kid ends up in prison, while another ends up in University, criminal record-free.

The issues with Android started early. Yes, fragmentation was part of it, but so was the poor organisation and user-friendliness of the Android Market – now known as Google Play. 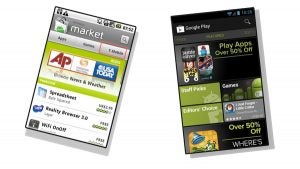 Buying games simply wasn’t inviting. You’d often have to work out yourself how much you’d have to pay, with charges made in Euros or Dollars rather than pounds. At the point where I thought I might have to pay more in bank charges than app costs, I gave up.

And so did others, it seems. Next to the vibrant, always-moving App Store, the Android Market seemed stagnant and boring. Apps and games are meant to be fun. This was not the plan. It was, at least in part, Google’s fault – with no good way to discover good new content at-hand on the Market. At one point, top-tier Gameloft stopped putting its games on the Android Market because the situation was so bad, deciding instead to flog the things from its own portal.

A vicious cycle soon developed. Low user investment, in time and money, was bound to put off developers. Here’s the secret that some hardcore Android apologists find it hard to face up to – games development is a business, and even tiny indie devs have mouths to feed, even if it is just their own. The hours have to be justified at some point down the line. That many of the greatest iPhone games never come to Android, or take months to do so, compunds the problem.

We’ll hand it to Google – in the last year, it has made significant improvements to the Google Play store. It’s now much more inviting, and Apple App Store-style featured slots make finding good apps and games easier.

But is it too little, too late? Are the behaviours of Android users too deeply ingrained?

Shock Treatment
In February, Google announced that over 300 million Android devices had been activated worldwide. This leads us to think that the apps and games market should be a lot healthier than it is.

There’s some evidence to support this, too. On January 31 2012, the Humble Bundle for Android was launched. In two weeks, 150,591 were sold (that’s 752,955 games) for an average of $6.18 – more than a dollar per game. Not a bad rate for mobile games. The necessary caveat is that the Humble Bundle initiative is a charity endeavour, which may have loosened those purse strings a little.

However, just as important is that the Humble Bundle brings together indie games that have been “certified” as quality goods. No chaff here, folks. Two months later, the second Humble Bundle for Android was released, selling over 100,000 copies, again equating to more than $1 spent per game.

The problem after that, of course, is that Android was starting to run low on truly high-quality indie titles.

Enter Steam
The Humble Bundle for Android model is never going to buoy Android development on a grand scale. It’s a charitable, rather than commercial, project, but we can learn lessons from it.

Two of its biggest plus-points are that it’s easy and comes with a seal of approval. Steam offers both of these things. Unlike Google Play, games need to be more than just “not viruses” and “not offensive” to get on Steam. They need to be good too. Steam owner Valve has just jazzed-up the process too, with project Greenlight. 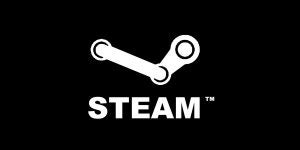 This calls-in the huge Steam user community to have their say on whether a game shout end up on Steam or not. As Valve’s Anna Sweet said at the project’s launch last month, “Making the call to publish or not publish a title isn’t fun. Many times opinions vary and our internal jury is hung on a decision. But with the introduction of the Steam Workshop we realized an opportunity to enlist the community’s help as we review certain titles and, hopefully, increase the volume and quality of creative submissions.” Greenlight is due to begin on August 30.

A sense of community and excitement is something the Android gaming space lacks – and it’s something that Steam could easily supply. It would also bring another thing Android gaming desperately needs, an audience looking to spend. Steam’s regular sales in particular are infamous for making gamers buy titles they’d never normally fork out for, and could play a vital role in reversing the anti-game-buying behaviour of many an Android owner.

The Perfect Marriage
Looking at the situation from a more emotionally-charged perspective, they seem like the perfect pairing too. Steam holds the PC gaming front against the dominant console gaming scene, just as Android is the gaming underdog of iOS. And with their relatively open approaches, surely even the horoscope would agree that they belong together?