It’s been reported that Sony is open to the idea of selling its mobile business. Why on earth would one of the world’s biggest consumer technology companies want to give up on potentially one of the most lucrative markets?

The suggestion that Sony is looking to sell its mobile business comes from a recent Reuters report, so this can’t be dismissed as mere industry gossip. It seems as if Sony CEO Kazuo Hirai and his team really are giving serious consideration to letting go of the company’s Xperia brand.

Why on earth would Sony want to do that?

Quality is not the issue

A cursory glance at the quality of Sony’s most recent smartphones might leave some perplexed at this. The Sony Xperia Z3 and the Sony Xperia Z3 Compact were two of the most complete phones of 2014.

Both handsets are stylish, solidly built high-end smartphones with strong features that can stand up to any other Android flagship phone out there.

It’s not as if these phones lack differentiating factors, either, which is a common problem in the saturated Android market. Alongside the Samsung Galaxy Alpha, the Sony Xperia Z3 Compact is pretty much the only high-end Android option for a sizeable group of people who don’t like big 5-inch and above screens.

Sony has also begun harnessing its expertise elsewhere to create compellingly unique features for its latest phones. Its position as one of the leading camera technology providers (many Android phones and all iPhones contain Sony image sensors) can be seen in the Xperia Z range’s 20.7-megapixel cameras and physical shutter buttons.

Meanwhile the company has recently implemented PS4 Remote Play, which represents a compelling feature for the 18.5 million owners of Sony’s popular games console.

Related: PS TV: Everything you need to know about PlayStation TV 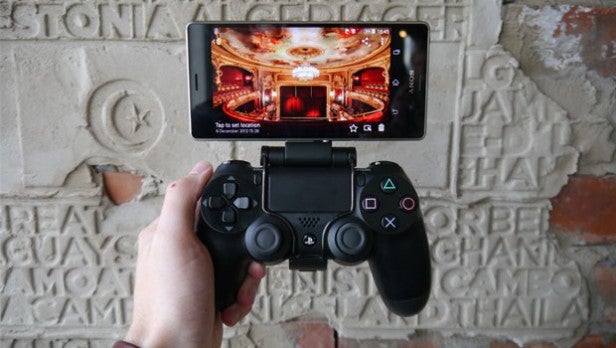 Despite the appealing nature of Sony’s recent smartphone output, the company’s mobile department is haemorrhaging money. The company reported an overall operating loss of 85.6 billion yen (roughly £480 million) for the third quarter of 2014 – and that figure was considerably better than expected.

The main reason for this massive loss was largely attributed to Sony’s faltering Xperia mobile business. It seems likely that Sony sold around 41 million smartphones in the whole of 2014, which represents barely any growth from the 39 million handset sold the year before.

More pertinently, that’s around half the number of smartphones Samsung sold in the first quarter of 2014 alone.

People simply aren’t buying Sony smartphones – not in the kind of quantities that such a big technology company requires, at least. To understand why, you probably need to look back six or seven years.

Not so smart phones

Sony’s current mobile problems arguably stem from the company not setting down a strong enough marker in the burgeoning smartphone market of the late noughties. At that time, the company released a string of mediocre smartphones under the diluted Sony Ericsson brand.

Somewhat bafflingly, Sony initially refused to harness its other big brands in a bid to differentiate its efforts from the crowd at a time when the top spot really was up for grabs.

When it did finally wake up to the potential of exploiting its unique range of intellectual properties, such as with the Sony Xperia Play (the so-called ‘PlayStation phone’), the execution was half-baked.

Related: What is PlayStation Now? 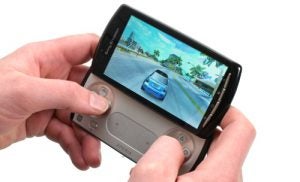 While all this was happening, of course, Sony’s formidable South Korean rival Samsung started hoovering up the vast majority of the Android market with a massive bombardment of feature-heavy handsets.

Sony has set about correcting these mistakes in recent years, jettisoning the Ericsson part of the brand, taking full control of its hardware design, and dragging its smartphone standard up to the standard of anything Samsung, HTC, or LG can muster. What’s more, it has done so at an impressive rate, with a startling six-month turnaround on successive flagship models from the original Sony Xperia Z to the Sony Xperia Z3. 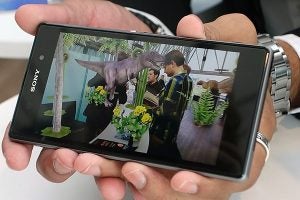 The expenses incurred in bringing the Xperia range up to scratch have taken a heavy toll on a company that’s no longer as cash rich as it used to be. Sony isn’t Microsoft or Apple – not any more at least – and it can no longer spend its way out of trouble.

What’s more, in a market that’s starting to see Chinese manufacturers match the old smartphone order on quality and undercut them heavily on price, the margins may not be there to make such further investment worthwhile. If Samsung’s struggling to fend off such a strong challenge from its commanding front-runner position, where does that leave Sony, badly out-of-breath and lingering at the back of the chasing pack?

Combined with heavy losses made elsewhere in the business, such as in its former PC arm (Sony sold the Vaio brand last year) and its flatlining TV business (which is also rumoured to be for the chop), we reach the point we’re at today.

Sony is considering selling its mobile business. And while we’ll be very sad to see it go, we can’t deny that it would make an awful lot of sense.