Hitman: Absolution was in the headlines this week, sadly for the wrong reasons. Part of the marketing for the ultra-violent baldness simulator took the form of a Facebook app that let you take out ‘hits’ on your friends. By supplying a few details about a Facebook contact they would receive a personalised cutscene showing Agent 47 receiving a dossier with their photo before sniping them with a silenced rifle.

So far, so vaguely amusing but what drew the attention of the gaming press and the ire of many gamers is the list of criteria that dossier could contain for 47 to “identify” them and the given reasons for the hit. Drop-down menus let you mark your Facebook contacts for virtual death on the strength of their “Small tits”, “Tiny penis” or “Hairy legs”. Faced with allegations of encouraging bullying and misogyny, Square Enix pulled the app and issued an apology. 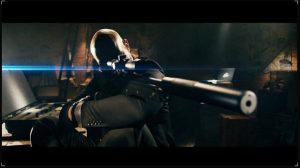 A smart move by Square Enix – but this was a teacup storm that is sadly typical of the state of the games industry. Too often the industry seems locked in a perpetual race to the bottom, seeking to hit as many buttons as possible with a narrow demographic who seem to lap up ‘content’ that would be dismissed out of hand in other media as juvenile and trashy.

A Triple-A Attitude Problem
“Triple A” games like those of the Hitman series cost millions of dollars to produce and it is understandable that marketing departments want to target them at potential buyers, but we seem to be in a state where the most profitable games have to resemble blockbuster movies – and not even good blockbusters. We are talking things like Battleship here. Transformers 3, even.

There are notable exceptions, but too often AAA games give the impression of being designed by and for fourteen year-old boys. That so many of these efforts are sold with a “Mature” label can seem like a particularly passive-aggressive form of sarcasm. 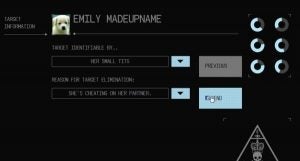 And Now for Something Completely Different… Please?
There is a huge potential market out there made up of people who love playing games, but feel excluded by gaming culture. Mainstream gaming is the preserve of young, mostly white, men who like shooting things in the face. Or so it would appear.

Now, there is nothing wrong with shooting things in the face* but it is not the sum total of human experience. There are other options for play and there is a huge range of people, places and occupations that can make up your imaginary worlds.

A line-up of playable characters in the last decade of video games would not win any awards for diversity. When was the last time you played a black character who wasn’t a criminal or wearing a sports kit? How often have you played as a female character, particularly one wearing practical clothing? That revealing Chell from the Portal games was a woman the whole time is considered a twist ending must tell us a lot about how women are seen in gaming culture. Or perhaps just in culture as a whole.

Let’s Get Casual
It contrast to this, the last few years have seen a growth in mobile gaming – but not on mobile consoles like the PS Vita, on general-purpose mobile devices like the iPad, iPhone or Samsung Galaxy S3. There has also been a growth in so-called ‘casual’ gaming both on mobile and surprising new platforms like Facebook.

Casual in this context should just mean games that you can just pop in and play but the phrase does carry a faint whiff of prejudice. Casual games aren’t ‘proper’ games, are they? Not like real games. You know, for men.

Regardless, these lower-key games are proving plenty captivating and smaller indie developers are proving that you don’t need AAA budgets to create deep, innovative gameplay. What slows these indie games down is a lack of marketing and the overwhelming presence of the AAA end of the market, but things are about to change.

The Changing Face of Gaming
The key to that change lies in the future of TV. As we move into the next generation of games consoles it is clear that their manufacturers know the game is up. All three of the leading console manufacturers have been steadily boosting their product’s multimedia abilities throughout the current generation and their next Xbox, PlayStation and – as we will no doubt see once Nintendo rolls out the relevant patches – the newly launched Wii U will be as much about bringing video, music and the internet into your living room as about games.

Cloud gaming technology like OnLive even removes the need for powerful graphics hardware by doing all the processing in the cloud and simply sending the graphical output to a small client app. 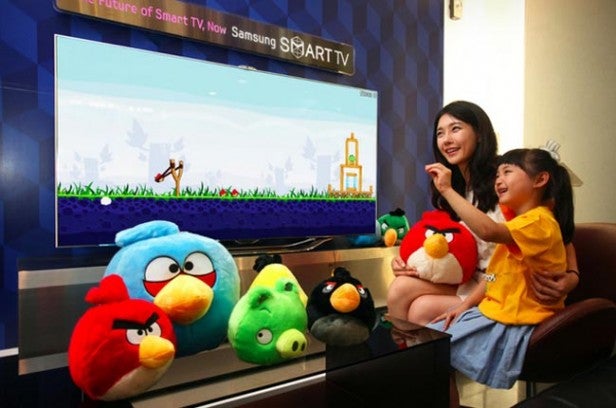 The next-gen consoles may still dominate gaming for a while, but that is no longer a foregone conclusion. Mobile platforms like iOS and Android are proving to be entirely credible gaming devices. While some of that is down to their portability, it is worth noting that portable consoles like the DS and PS Vita are finding it hard to compete with them. Set-top boxes running these same mobile operating systems with plenty of multimedia features and the ability to run console-style games are just over the horizon and will – barring a few control issues yet to be ironed out – come with a ready made library of top quality games.

What this means is that games consoles are going to be in everyone’s front room, not just those of self-identified gamers. Console-quality gaming will just be another feature of your TV, like iPlayer or subtitles on 888. This will mean that a much broader selection of people will have easy access to games – mums and dads, very young children. Your nan.

The industry has to prepare for change because technology is going to force its hand. We might never see the end of the dumbed-down blockbuster game, but gamers should soon find that the stupid, offensive and crass no longer hold the whip hand.

*we should perhaps point out that, legally, there are a few things wrong with shooting things in the face.