Many Xbox One and PS4 owners are disappointed. The avalanche of games expected after the consoles’ release in late 2013 quickly became a trickle, and E3 2014 has shown us that we won’t see most new high-profile games appear until well into 2015.

By then the two consoles will have been out for 18 months. It’s enough time to make a family, enough time to erect a skyscraper. So why does a console need this long to get a half-decent games library?

The most obvious reason is that games take time to make. Over the last few years the games industry has polarised into a place where only AAA games and very low-budget games can hope to make a viable profit.

A normal AAA game will take three years to produce with a team of well over a hundred staff, which will swell towards the end of the development period. It’s a gargantuan endeavour.

While developers had access to development kits for consoles like the Xbox One and PS4 well before launch, they will not have had it three years before launch. 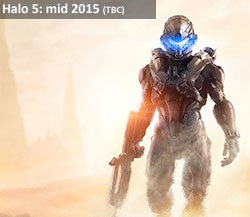 This means that most third-party games released in the first few waves of a new console’s life have to be co-developed – made for both future consoles and current ones. Obvious examples of this include Call of Duty: Ghosts, FIFA 14 and Assassin’s Creed IV – the bulk of the third-party launch games. While different teams may take on the finishing touches for the different generations, the core of the game is largely the same between the console generations.

These games become the filler of a console’s launch window. They are enough to get a few coos from the crowd of fans waiting to be pleased, and they invariably have the brand cache to ensure million of sales. But they’ll be looked at with mild derision down the line. They’re not ‘next-gen’ games.

ALSO SEE: Xbox One vs PS4

Rises in graphical fidelity cause exponential rises in cost

Then there is the issue that not all publishers can afford this kind of cross-development, as rising graphical standards often cause an exponential increase in the cost of producing game assets. And even among those that can, not all choose to do it. 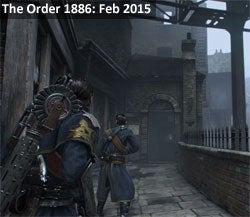 If a game has to effectively compete with its next-generation alternative, the investment doesn’t make a great deal of sense. Is an early adopter Xbox One owner likely to have an Xbox 360, or a PS3? Yes.

You’ll often see games developed for both platforms offer half-hearted visual updates too. It’s true of just about every launch PS4/Xbox One title that also available for the last generation of consoles, and the inevitable backlash is one of the reasons we see launch windows occupied by first-party titles and games with brands strong enough to weather through a lukewarm longer-term reception. Even Xbox exclusive Titanfall has been accused of looking like a last-generation game.

In the end, launch games aren’t cool. An avoidance of this is also why we’ve seen so many delays in titles that were originally meant to be out shortly after the consoles themselves.

Wondering why GTA 5 for PS4/Xbox One is only turning up a year after the new consoles came about? A mix of these quality and cannibalisation of sales issues is what is behind it.

The old tale of developers ‘getting used’ to hardware still applies

The argument that it takes developers a good while to get used to new hardware is an old and pretty boring one. It’s doubly dull when both the PS4 and Xbox One uses GPU and CPU hardware that is already familiar – it’s made by AMD and it’s pretty similar to the tech found in some common desktop graphics cards. 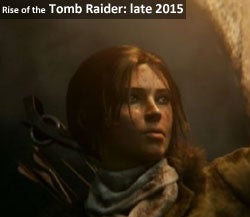 However, the argument still holds. Most of the developers of the games we’re seeing making the games due in 2015 will have been working on games designed for Xbox 360 and PS3, not the more scalable world of PC gaming.

Working on optimisation and finding out where a console’s ceiling really sits is how we get from games that look slightly ropey to titles that justify splashing out on a £400 box.

The last couple of years have also seen publishers shift focus somewhat, thanks to the perceived gold mine of in-app purchase mobile games and other microtransaction-based virtual doodads. Activision partnered with Rovio in 2012, Ubisoft boasted of its 10 million downloads in a month of the free-to-play Trials Frontier in its 2013-214 earnings call and in Q2 2013 EA’s Mobile division brought in more revenues than its PS3 games.

‘Proper’ console games aren’t the be-all and end-all they are sometimes seen as. Not only does this mean that in some cases resources are redirected away from console titles, mobile revenues act as a buffer that will stop publishers from having to release game X in quarter Y in order to avoid disastrous financial results.

There is more to win and lose in gaming than ever, and the release lag in this generation does seem to be worse than the last. But it is nothing new. There’s an early adopter tax that’s paid in things other than pounds and bugs. You also need patience.

Next, read our PS4 tips and tricks feature