Life after the Apple Watch is actually pretty good. Here’s why I’m not missing having a £600 smartwatch around my wrist.

Way before I even had an Apple Watch to play with, I really, truly believed that it would be the one smartwatch I would actually want to wear long-term. I just couldn’t see Apple making the same mistakes as pretty much every other wearables maker has made so far.

I think it was the moment when I woke up at a friend’s house, lifted my wrist and saw a blank screen that I knew, sadly, that I’d been wrong. The charger was at home on the bedside table and now I didn’t even have a dumb watch. It was just a fancy £600 bracelet. To make things worse, the Milanese loop managed to pull some of the hair out of my head. I still don’t know how it happened.

Watch our Apple Watch vs iPhone race across London

Even after that episode, I was willing to give the Watch more time to win me over. Swapping an iPhone 6 for an iPhone 5, my phone battery continued to crumble. Notifications were popping up more frequently, though, so at least there was some good news.

A couple of days later, it was off my wrist, in my bag and I was more than happy to let someone else have a try. The optimist in me says this is a first-generation Apple product and even the first iPad and iPhone were not perfect. If anyone is going to get it right then it’s going to be Apple. What’s more worrying is that my experience with the Apple Watch feels all too similar to how I’ve felt about every single Samsung smartwatch so far.

I was being beta tested with a product that just isn’t ready for the masses. Like every other smartwatch, it’s another example of not really knowing what people want from it or whether they want or need it at all. It just doesn’t feel like the Apple way. Laggy, broken apps, rubbish battery life. I could have been talking about the Samsung Gear S. 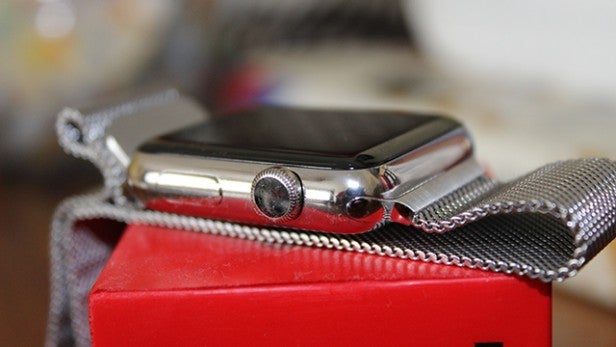 Now I’m not going to rule out ever wearing an Apple Watch entirely, though. Having had some time away from it, I’ve thought about what Apple should ditch and fix that could persuade me to pick up a second- or third-generation Apple Watch. Here’s what I’ve come with so far…

Spend a bit more time talking to people in the fashion industry. This is an attractive smartwatch, but it could be so much better, and I wish it was thinner. Everyone that I’ve let try it on said the same thing. If I’m going to spend that amount of money, it needs to look nicer.

Wait until all the features are ready. Apple Pay would’ve been great to try out, but it’s only available in the US right now. While it’s not really a fuss to get your phone out of your pocket, hunting around for a credit card in your wallet is, especially if you tend to forget it like I do.

Get rid of that Friends button. The digital crown and the Force Touch are elegant ways to add more functionality. Another button where you can contact friends and send drawings is a very gimmicky Samsung-esque feature. It does not need to be there. 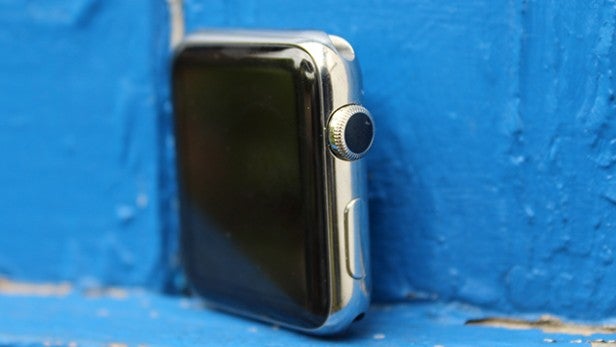 Keep the software simple. Having an app homescreen in one place, Glances in another and notifications somewhere else is too fussy. Android Wear and Pebble are on the right track. I don’t need thousands of apps that don’t do anything dramatically different from my phone apps. I need a selection that will make me want to leave my phone in my pocket.

I don’t need to make calls on my watch. I thought this was something that we all realised when the LG G Watch launched five or six years ago. It was fun when I was seven, running around playing detective with a Mickey Mouse watch, but no adult surely wants to do this in public.

It needs work on the fitness elements. There’s clearly potential here, but where am I supposed to look first for my data? Is it Apple Health, Workout or the Activity apps? Maybe I should just use a third-party fitness app to track my runs instead. There’s too much going on. I want one place and one place only where data can be analysed and viewed in an easy way.

…or maybe Apple could just wait. I’m not convinced the world is truly ready for smartwatches. Take the time to get the battery life to where it needs to be, the software to actually be useful and for a design that really makes it feel like you’re investing in a beautiful watch. Maybe then, I might change my mind and forgive Apple for the Watch I had to wear and mostly ignore over the past few weeks.