Hi, my name is Owain Jones and I love the Galaxy Note. I was looking forward to upgrading to the Note 5 next month until Samsung dropped a bombshell at its Unpacked event this week.

I remember the day clearly when I first set eyes on Samsung’s curvaceous Note. I was on the train going into London. Clasping my own Samsung Galaxy S2 tightly, out of the corner of my eye, I spotted that vibrant 5.3 inch screen from across the carriage and spontaneously started a conversation with the lucky, smug owner. I even managed a few seconds precious screen time for my own ‘hands-on’. It was love at first sight.

With modern-day contracts being what they are – read, far too long – I had to wait until the third iteration, the Note 3 to become a proud owner of the Note and join the stylus-loving cult.

Yes, the masses with their tiny iPhone 5’s chortled away and routinely quipped ‘oh look, he’s brought the computer with him today’, or even funnier, ‘Is that a Note in your pocket, or are you just pleased to see me?’ – how droll. But I was content, satisfied that I was the enlightened one and they would one day ‘go big’. How I laughed when those same tormentors sheepishly showed me their oversized iPhone 6 Plus. 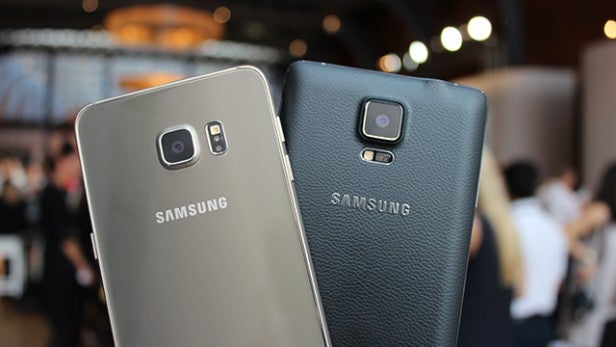 Well the relationship carried on swimmingly, my well-loved Note 3 was traded in for a Note 4 with its understated metal sides and thankfully a lack of faux-leather stitching, and like any dedicated gadget boy, I started counting down the days for the Note 5. You can imagine my excitement then when leak upon leak started drip-feeding online through the summer of a mythical Note 5 getting its reveal not in Berlin in September, but nearly a month early. Insiders commented that it was in order to get a run on Apple’s launch of the next iPhone juggernaut on September 9, with a few precious millions sales the transparent aim.

As us believers ticked off days on our digital calendars, the big day arrived. While those modern-day preachers of the gadget world filed into Samsung’s Unpacked event in London waiting to spread word to their eager disciples, Note users all over the UK would have been making excuses, mumbling about late afternoon meetings, but secretly swiping down on Twitter, hell even using their S-Pen to rabidly searching for information. As the event got underway, they’d have regaled at the beautiful lines on the new Note with its ever more elegant form, all brushed metal and glass and those supercharged specs.

Then events took a turn for the worse. Much worse. Word started seeping out that Samsung was not going to ship the Note 5 to the UK. I repeat, SAMSUNG WAS NOT SENDING THE NOTE 5 TO THE UK. It was like the moment your first girlfriend repeats the immortal words, ‘it’s not you, it’s me’. Samsung said it had taken the decision to prioritise the Galaxy S6 Edge+, with admittedly the same innards as the Note, as it better fitted to he UK market. 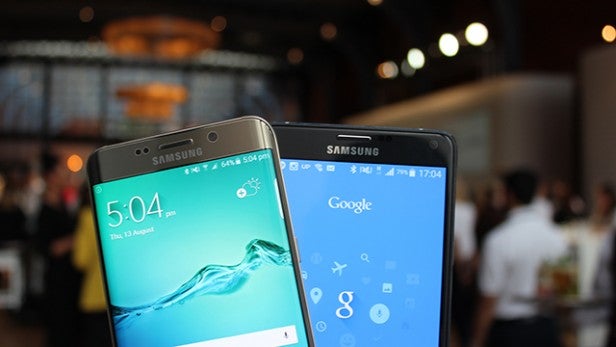 Well, hold on a second, but who are Samsung to play with our emotions and decide which phablets hit the white cliffs of Dover and beyond? They don’t have to break the news to my kids, that daddy’s next phone may not have the pen that they can scribble with when they’re kicking off in TK Maxx.

Immediately after such crushing news, there are differing stages of coping. First there’s shock. ‘You’ve got to be kidding me. You’re not serious, are you? Then there’s sadness, ‘What’s wrong with us in the UK? Aren’t we as devoted as users in the US and Asia? Then the anger sets in as dark, dark thoughts start to circle. ‘Well we know there’s going to be the launch of an iPhone 6S Plus in a few weeks. Then we’ll see if you’re sorry, Samsung.’

Again, like the ex who gives you a glimmer of hope of reconciliation, Samsung has left the door ajar, saying it didn’t have plans to come to Europe in 2015 and would make a decision in 2016. Well that’s an eternity in the tech world and playing with our gadget-addled brains is a dangerous game when Samsung needs users to say loyal. They only have to look at HTC’s problems to know you can go from a tech darling to a tech brand on-the-ropes in a matter of years – and let’s not even go there Nokia.

Obviously when emotions have re-calibrated in the coming days, many Note users not booking flights to New York or Singapore in search of their Note 5, will instead, scan the reviews of the Galaxy S6 Edge+ and wonder if they can cope without their S-Pen, whether productivity or most probably dawdling will be blunted. It will be a painful process. So will we see a Note again? Your guess is as good as mine, but I bloody hope so…