Contrary to rumour, Sauron may not sit on the Google board of directors (”Don’t Be Evil”), but the dark lord certainly had a mission statement that appears to make more sense than the search giant’s plans for its Android and Chrome OSes…

With or Without You
According to Google chairman Eric Schmidt yesterday, Android and Chrome OS are “certainly going to remain separate for a very long time, because they solve different problems.” His statement surprised many coming just days after Android head Andy Rubin stepped aside to be replaced by Sundar Pichai, vice president of Chrome and apps development. Pichai’s new title: ‘Senior vice president for Android, Chrome and Google Apps’. 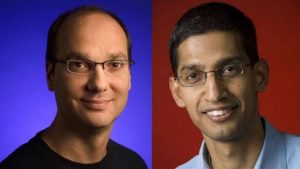 Interestingly Schmidt did tell Reuters he expected more overlap between Chrome OS and Android, but unless we assume he was being entirely disingenuous it seems the two platforms’ Mulder and Scully chemistry will remain on the back burner.

When Two Become One
Which seems stupid. Over two years ago I asked What Is Google Doing With Chrome OS? and the same question could be pitched today. As it stands Chrome OS now looks rather like Windows 7, remains desperately short of killer applications and – most bafflingly – is suddenly being pushed as a touchscreen platform on the new Chromebook Pixel despite no touch optimisation in its user interface whatsoever. What would make sense on the Pixel? Android.

Android and its myriad online and offline apps and Chrome browser (still essentially all that Chrome OS is) now supports ultra-high resolution displays like the 2,560 x 1,600 and 2,560 x 1,700 pixels found in the Google Nexus 10 and Pixel respectively.

Android does everything Chrome OS can do and much more, is infinitely scalable, holds a 70 per cent share of the global smartphone market and intelligence firm IDC expects it to overtake the iPad as the largest tablet platform this year. Having previously stitched its Android smartphone and tablet operating systems back together in version 4.0 and in continuing to complain about the damage done to Android by fragmentation, it would seem one more simple nip and tuck from Google to fold in Chrome OS would make a great deal of sense. And that was before it brought the platforms together under the same development head.

Furthermore it is a thinly veiled secret that (https://www.trustedreviews.com/news/windows-phone-next-release-set-for-holiday-2013 Windows Blue) is Microsoft’s next major step in merging its Windows and Windows Phone platforms, and Apple continues to take baby steps toward doing the same with Mac OS and iOS.

For these companies the mergers are a major headache, the most difficult and arguably most crucial move either will make in the next decade. Google could merge the best bits of Chrome OS (multiple window support, optional desktop UI) with Android in a heartbeat and jump years ahead of its rivals… but it won’t.

One Is the Loneliest Number
Then again what if Google is right, because it just might be. From a purely technical viewpoint a literal merger of Android and Chrome OS code is harder than it appears. Both are Linux based, but Android uses large amounts of Java, which throws a spanner in the works and would use up resources currently fully focused on innovation. 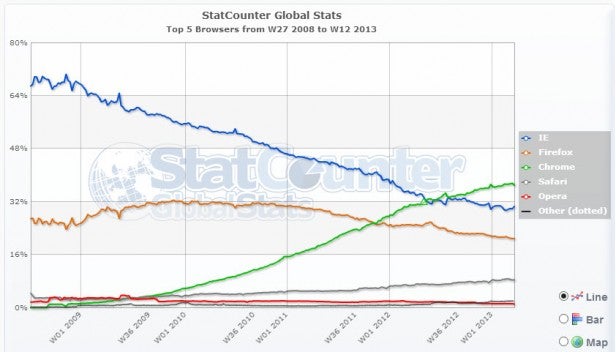 Furthermore Chrome OS does not exist just for its own good, it exists as the Chrome browser on Mac OS, Windows and Linux builds. This sees it act as an invaluable Trojan Horse for Google giving it detailed information on what interests users of these platforms, what problems they have and much more. Merging Android and Chrome OS would leave the Chrome browser as the fractured party and it is too important for that – especially when it looks like Mac OS and Windows will be stuck in their current desktop guises for many years to come.

Vitally, Android also doesn’t need Chrome OS. Smartphones and tablets are the growth sector in technology and Android will soon gobble up the lion’s share of both. Conversely desktops are under pressure to operate more like tablets to survive so why take the time and effort to lumber Android with a traditional desktop UI when the desktop UI is dying. If Google gets its strategy right the Chrome browser will monitor users of rival platforms, Chrome OS will be the simple, lightweight desktop alternative as they become increasingly niche and an uncompromised, rapidly-evolving Android awaits everyone else as they jump ship.

Yes, unity and simplicity remain hugely appealing, but they can be the enemy of patience and subtlety …and besides Sauron lost. 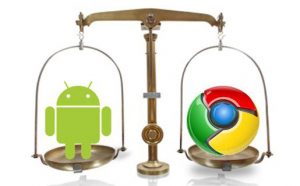