This month it is fair to say Google has everyone baffled. The world’s press waited around in utter confusion on 15 October for an impromptu event to launch the much-leaked Nexus 5 and Android 4.4 – which never came. Then yesterday we were primed for an official event that ultimately offered scribes nothing more than the chance to “better acquaint themselves with Google Play.” Better acquaint? It is like being told Christmas has been delayed so you can better acquaint yourselves with Sainsburys.

The next big date for our calendars is supposed to be 31 October, but with less than five days to go nothing official has come from Google. So the wait goes on for two updates many predict will be the company’s most important of the year. There is some truth in this, but they’re wrong.

There is something else Google must put under the spotlight, something far more important than another Nexus and an Android point release. It is an app, on the surface quite a dull app which has been around since September 2012, but an app which just so happens to be the future of Android. Its name is ‘Google Play Services’. 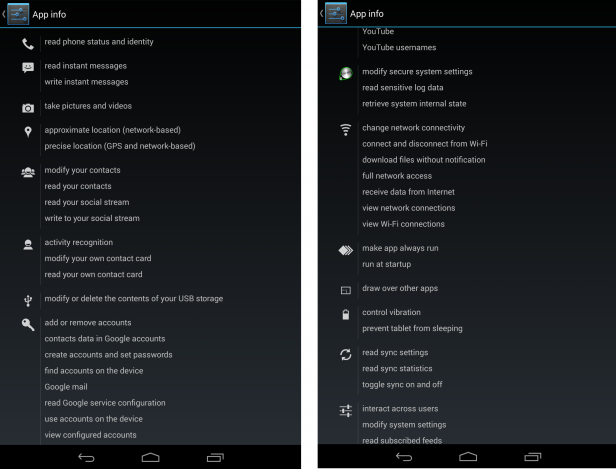 Scary? No the scary part is Google Play Services can also give itself new permissions at any time to do even more and that if you try to uninstall it virtually every app on your phone will no longer function. Try it (Settings – Apps – All – Google Play Services – Force Stop) then open some apps. Yes it is time to reboot.

This being Google the scary aspects are obvious: privacy and control. That said in choosing Android or any other rival ecosystem for that matter you made your choice a long time ago. Besides the real value to the tool are its game changing benefits.

What is Android left to control? App settings, the lock screen, system UI (including notification bar), drivers and hardware support. Google Play Services gets even greater power in Android 4.0 and above, but in essence it makes the platform almost entirely modular.

As such what did Android users get in the last year via Google Play? Overhauled search/Now, Maps, Gmail, Chrome, Hangouts, Calendar, Plus, Drive and Voice along with free access to QuickOffice (in your face free iWork) and the introduction of Google Keep. It didn’t matter what your handset maker did or didn’t update or what Android version your network allowed. By contrast what did Android 4.3 bring? A new camera UI, restricted user profiles and Bluetooth 4.0 and Open GL ES support. Were this Apple it is clear which one sounds like a new version of iOS.

Apple likes to bang on about Android fragmentation, but Google developer statistics claim 98.7 per cent of active Android devices run v2.2 or above and all Play updates were immediately available to them. Google Play Services makes fragmentation by Android version number an outdated way of thinking.

Prepping the Future
As much as keeping Android up to date, Google Play Services is also the distribution tool for implementing Android’s future. Back in May Google I/O attained widespread acclaim for adding a raft of location, sign-in and notification syncing APIs, but what went less noticed is they were introduced using, yes, Google Play Services. 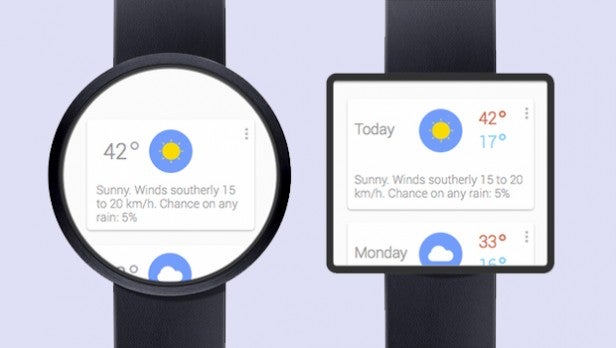 Now with Android 4.4 around the corner and talk building of a Gem smartwatch it is time for Google Play Services to introduce another raft of APIs and permissions because whatever Android needs to be this is the tool to transform it.

Is Google Play Services now Google’s primary development platform rather than Android itself? Given how easily Android can be forked, I’d say so.

In fact the signs are already there. Android 5.0 was rebadged as Android 4.4 earlier this year no doubt to reduce the disconnect felt by those stuck on 4.x. Even switching the name from Key Lime Pie to a KitKat tie-in makes it feel more playful and less crucial to the enhancement of your phone. After all there a better message: don’t worry about Android versions, all the good stuff now comes through Google Play and that’s for everyone.

Will Google make this point when the Nexus 5 and Android 4.4 are finally launched? Possibly. Will they point to Google Play Services as the reason why? Probably not.

In some ways this is understandable. Putting the spotlight on Google Play Services is exposing the belly of the beast. The all-knowing, all-controlling tool that has happily drifted under the radar so far. It would be easier instead to focus on handset displays, megahertz and megapixels and pad it with news of the Play Store interface update we know is coming and maybe a YouTube music subscription service. It all makes for fluffier, more digestible stories to get our heads around.

But make no mistake the puppet master behind it all is Google Play Services. It is far and away the most important part of Google’s mobile strategy and it is time the company admitted it…

Next, read our comparison of the Nexus 7 2 and the Kindle Fire HDX tablets