OPINION: David Cage has been banging on about emotional engagement with players for years. Nick Cowen shows how The Last of Us achieved this even though it’s standing on the shoulders of giants.

David Cage. Oh, David Cage. David Cage the studio head of Quantic Dream whose driving goal in life is to make players form an emotional connection with their chosen medium of choice. David Cage, who in his quest for this admittedly high-minded ideal has produced some of the most befuddling and unique video games of the last ten years.

His first big splash, Fahrenheit – or Indigo Prophecy as our American cousins knew it – was a mind-jolting head-job. Players woke up in a restaurant toilet with a fresh corpse in the room with them and the character they controlled held a knife, their hands covered in claret. 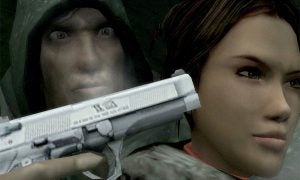 Making a splash: Cage hit the big time with his second game, Fahrenheit, a gripping psychological thriller with a rather weird ending

From there they entered a paranormal mystery in which they had to unravel the events that led to these unfortunate set of circumstances, while dealing with head-trips and shadowy forces intent on driving them towards bloody and clandestine activities. The final third of the game, as anyone whomever player it will remember, was completely cock-eyed, but you can’t say the game as a whole wasn’t both compelling and one-of-a-kind.

Then came Heavy Rain, a game that borrowed heavily from the films of David Fincher in both its plot elements and atmosphere, but sported mechanics that for the most part felt like a series of Quick Time Events (QTEs). That having been said, its story – which involved a destitute father, Ethan Mars, being toyed with by a serial killer who held his son in his clutches – contained raw emotional punch. Even though it contained a plot-hole big enough to drive the entire story through, by the end, players couldn’t help but be swayed by Ethan’s reunification with – or his failure to save – his son. 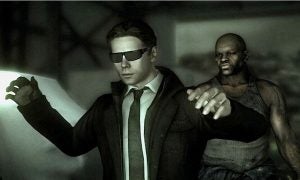 More mood than story: Heavy Rain had atmosphere to burn but its plot had a hole in it big enough to drive the entire game through

Cage’s last outing, Beyond: Two Souls, was a failure. While it starred the likes of Ellen Page and Willem Dafoe and was centered on an undeniably compelling premise – a woman who shares the same space as an incorporeal spirit that both torments and aids her – its ropey mechanics and disconcerting story alienated both players and critics alike. Even using A-list Hollywood talent and state of the art motion capture technology, Beyond: Two Souls failed to achieve Cage’s stated aim – to engage emotionally with its audience.

Give Cage some credit: he’s certainly pushed the boat out. It’s one thing to lay an empathetic manifesto on the table. But, it’s quite another to attempt to back that up with mechanics and control structures that wrong-foot players and force them to use a control pad to engage with entertainment in new ways – especially when the biggest franchises in the industry seem intent on replicating formulas guaranteed to rake in cash. Who wants to twiddle with shonky controls in a gloomy whodunit when you can crash into Call of Duty’s online fragfest with relative ease? 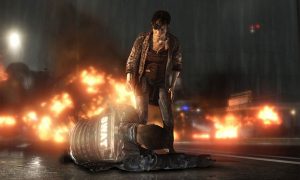 Emotions: Even the talented Ellen Page couldn’t save the mess that was Beyond: Two Souls

But Cage also needs to take stock of the industry around him. Sometimes it feels like the man is operating inside a bubble. There are more developers than Quantic Dream wishing to tease an emotional response from their audience. Even if they don’t pitch up at BAFTA with a readily prepared presentation to lay this aim out, their intentions are obvious from the games they put into the market.

The best and the most recent example of this type of developer is Naughty Dog because its last game was The Last of Us.

Naughty Dog shot to prominence with the Uncharted series. While the misadventures of Nathan Drake weren’t exactly packed with ground breaking mechanics or unique gameplay – it was and it remains a well-loved cover-based Third Person Shooter (TPS) series with the odd bout of puzzle solving tossed in for good measure. Their plotting, scripting and voice acting made players feel like they were the stars of their own high adventure movies. You were Indiana Jones’s scrappier younger brother without ever leaving you couch.

See also: The Last of Us Remastered review 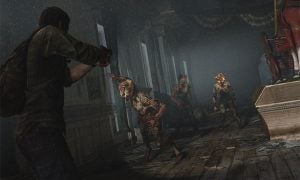 Nothing new: The Last of Us doesn’t break much new ground in terms of gameplay, but it’s compelling nonetheless

With The Last of Us, Naughty Dog upped the stakes considerably. The game’s story was set in a post-apocalyptic world where a rather plausible pandemic had put paid to social order and the most dangerous foe one faced wasn’t the monsters out in the dark – it was their fellow humans.

This is a familiar aspect in most dystopian settings. The game’s mechanics weren’t exactly ground breaking either. The Last of Us oscillated between TPS cover-based running and gunning and stealthy survival horror scrounging. Players were faced a lot of the time between navigating rooms filled with armed human enemies trying to outflank them, or rooms filled with infected that they needed to distract, kill or avoid.

In other words, The Last of Us was standing on the shoulders of giants – Gears of War, Resident Evil, Silent Hill and more – and yet it was one of the highest rated and most successful games of the year of its release. This is because it told an absolutely enchanting story. 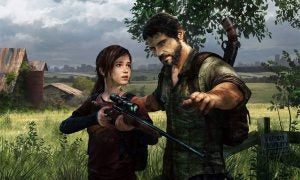 Joel and Ellie: As the relationship between its two protagonists blooms, players become more emotionally invested in The Last of Us’s story

The hook in The Last of Us – the aspect that made it special – wasn’t its mechanics or setting or even its premise. It was the beautiful character-driven story at the centre of it. The relationship that began, blossomed and bloomed between its two protagonists – a damaged, grizzled smuggler named Joel and a bruised, wise-beyond-her-years teenager named Ellie. The story curled around players, drew them in and forced them to emotionally engage with what was really a collection of pixels.

As The Last of Us unfolded its plot, players came to care about the two characters at the heart of it, and the fact the game was running on a borrowed structure and rudimentary mechanics didn’t matter one jot. The Last of Us succeeded on David Cage’s playing field because it told a brilliant story – something neither Fahrenheit, nor Heavy Rain, nor Beyond: Two Souls managed to do.

David Cage’s stated aim – to emotionally engage an audience with the gaming medium – is certainly worthwhile. But until he realizes that telling a great story is the best way to do this, he’ll always come up short.