Here are a list of things you can buy for under £600: a 64GB iPad 4, a 55-inch Samsung PS51D550 plasma TV, an Acer Aspire Timeline ultrabook, an LG BH8220B surround sound system, a Canon EOS 650D DSLR camera, a return flight to Caribbean and ‘’any smartphone on the market’’… except the Samsung Galaxy S4.

What’s that… it isn’t? But that’s what the asking price says. Flippancy aside it is about time we asked: are premium smartphones worth the money?

Spec-tacular
From a hardware perspective there is a great deal to admire. The current crop of benchmark handsets, which includes the circa £500 HTC One and Sony Xperia Z, pack quad-core processors producing benchmark results that almost double those of the previous generation.

They also have jaw-dropping 1080p Full HD screens and the latest camera technology. Furthermore their costs can be spread over the length of a two-year contract for those intimidated by their hefty SIM-free asking prices and it is a tactic that seems to be working. 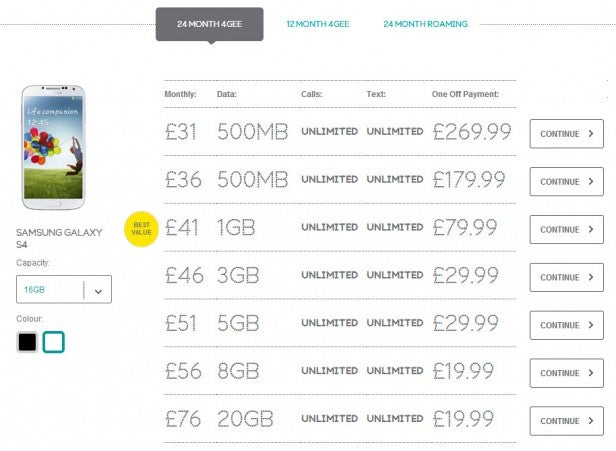 “The demand for the Samsung Galaxy S4 has been truly phenomenal at pre-order stage,” reported Phones 4U chief commercial officer Scott Hooton on Thursday. “In the first six hours alone, pre-orders placed both online and in-store are five time that of the Samsung Galaxy SIII over the same time period.” Hooton also confirmed the S4 had broken the record for the highest number of pre-registrations previously held by the iPhone 4S.

That said look closer and the total cost of ownership for these handsets is eye-watering. In the case of the Galaxy S4, Three currently has the cheapest deal, which nets you a free phone if you sign a £35pm two-year deal on its Ultimate Internet 500 plan. This gives you 500 minutes, 5000 texts and All-You-Can-Eat data.

In the Cheap Corner
Just four months ago the picture pin-up phones were very different. Top of our lust list were the Samsung Galaxy S3, LG Nexus 4 and HTC One X. They pack 4.7-inch 720p HD screens, lower clocked quad-core processors and eight-megapixel cameras rather than the 13 megapixels found in the S4 and Xperia Z. 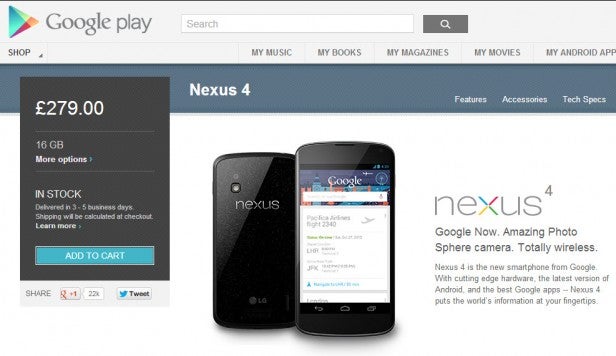 Yes the twist is that, for all the outcry about the sky high prices of the latest handsets, the real cost isn’t so much in outlay but freedom. Your network has you for two years and changing phone again to the latest and greatest within that time frame will be prohibitively expensive.

Of course there are other considerations. Theft, loss or breaking a flagship phone when you don’t have insurance (a hefty cost in itself) will leave you significantly more out of pocket and if you sell your phone at the end of your contract you will take a much bigger hit than on a Nexus 4 or S3. If you travel a lot you also can’t easily swap to a pre-pay foreign sim card so there are roaming costs to consider.

Future Proof
On the plus side tech-savvy friends may tease you that your shiny Galaxy S4, One or Xperia Z is pointless because Android runs imperceptibly faster and apps and games aren’t optimised to take full advantage of extra horsepower. But this doesn’t account for platform and app advancement over the two years of your contract and having the latest handset you should also receive major platform updates for longer. Are battery and camera quality improvements only minor? Still they are there and you have them.

What about hardware envy in 12 months when your contract-free friends can upgrade without restriction? This isn’t a big deal either since the more iterative nature of hardware upgrades means real change only tends to come every second year and in upgrading your friends either have to fork out a huge contract-free price or tie themselves down on contract for longer than you have left. 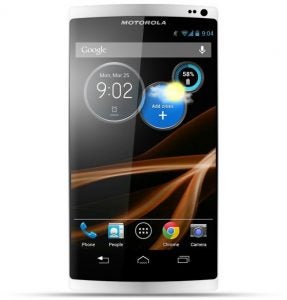 Horses for Courses
All of which means splashing out on the latest cutting edge smartphone isn’t quite the financial madness it might appear. Similarly the contract-phobic aren’t being quite as smart as they believe in opting for short term rolling price plans and buying last year’s big hitters outright. It is a trade-off: benchmark hardware verses freedom and finding which fits in with your own personal preference and lifestyle. Both paths are equally valid.

So if you want a Galaxy S4, HTC One or Xperia Z go for it. What about the impending Motorola X Phone (above) and Nexus 5? I didn’t say the choosing part would be easy…