OPINION: Is the lacklustre hype for this year’s WWDC another sign Apple has lost its edge? Chris Smith believes the magic of the summer showcase has all but disappeared… but really, that’s OK.

Apple’s WWDC is little more than a week away. Are you pumped? Can you feel the excitement brewing?

No, neither can I. Whereas WWDC is usually imprinted on my brain from February onwards, this year it’s more: “Oh yeah, it’s WWDC next week isn’t it?”

Where’s all the customary fervour? That’s what I wanna know. What about the outlandish speculation? And where are the hints of features that could completely transform the operating systems on mobile, desktop, television and smartwatch?

Even the most optimistic of those ‘what we want to see’ articles would struggle to give a gnat an erection.

Once upon a time, we marvelled at the software and hardware innovations that would drive OS X and iOS devices to new heights. Rarely were we disappointed. .

Aside from a tremendous opportunity sharpen my snark, I’m already dreading sitting through half an hour of Apple bragging about its numbers, App Store downloads, clinically sanitised retail stores and its fancy new spaceship campus. 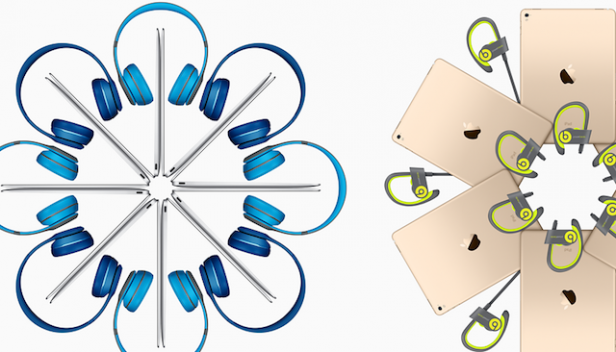 We know how it’s going to play out too, with the wettest musical act you can imagine muddling through some awkward on stage interaction with Tim Cook. Pass me the barf bucket.

After 30 minutes of drivel, the keynote may actually be worth watching, although that too will be marred by feigned enthusiasm from the audience of employees, disciples and carefully-invited journalists.

In many ways, WWDC is an opportunity for Apple to put its best foot forward from a PR perspective (hence the time dedicated to environmental and political causes). And that’s fine, it really is. We just need to adjust our expectations accordingly.

However, at the moment it’s starting to feel like another Microsoft Build, where the mere notion of an exciting happening has sent people into anaphylactic shock. Who can forget how many good men we lost to the Great HoloLens Reveal of 2015?

What’s left for iOS to prove?

If all this feels a little harsh on Apple, well that’s probably because it is.

After all, the company is about announce a series of free upgrades that on day one of release (yes, Google, day ONE) will instantly improve the devices of about a billion legacy iPhone, iPad, Mac, Apple Watch and Apple TV users.

Just don’t expect any game-changing enhancements. On the cusp of its 10th edition, iOS is pretty much maxxed out. There’s no longer scope for those giant leaps within the current parameters, at least without reinventing the wheel. At this stage it’s difficult to pick out what’s missing.

Related: Apple Watch 2: Everything you need to know 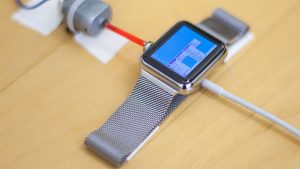 Apple Pay is already here and functioning well, though adding web-based and peer-to-peer payments, as rumoured, would be a decent additional string.

Apple Music is off to an admirable start, but a visual overhaul is hardly something for Brits to rush home from work to witness live.

CarPlay just works; HealthKit and HomeKit are out there. Maybe this year they’ll finally leave bloatware territory and flourish as accessible, consumer-friendly platforms?

Apple may let us hide built-in apps, which would be convenient. A customisable command centre? Likewise. Smarter Siri? Sure, we’ve heard that a thousand times, but improvements are welcome, especially if they offer deeply contextual responses.

Earlier, I railed on Apple for pilfering features from the developer community. However, these tools only exist because Apple has created a base for apps and connected devices to flourish and enrich.

The fruits of WWDC are now borne every day. An economy of thousands of companies are doing for Apple what it was once required to do for itself and everyone benefits.

The onus is less on Apple.

However, despite the extenuating circumstances, I just can’t shake the feeling that there’s too little at stake during this year’s event, especially given the likelihood of the next major iPhone update not arriving until September 2017.

It all contributes to the growing feeling that Apple is waning, that the aura around the company is fading.

WWDC had always felt like a must-see event. As a tech enthusiast, it was like live sports or Game of Thrones; one of those happening things you felt like you needed to see live in order to properly experience.

This year it feels skippable, and even more so when when you think about what’s concurrently happening six hours down the road at E3 in Los Angeles.

WWDC has undisputedly owned one day of tech news every year – to the point that other companies had just abandoned trying to counter it. This year Apple may be relegated to third place on the news hierarchy.

On the same day, both Microsoft and Sony are thought to be preparing announcements that will have shape future of home gaming and virtual reality. Barring a huge shock from the Cupertino-based company – like, you know, that bloody car – can you envision anything coming close?

Related: Everything you need to know about the Apple Car

Maybe we expect too much, but this year, Apple could really do with a “One More Thing” that restores our faith in WWDC, because on current form it’s not just in danger of looking tired – it risks losing all relevance.

Do you agree with Chris? Has Apple lost its magic touch? Will WWDC 2016 be a snooze-fest? Let us know your thoughts in the comments below.