With recent reports that Apple has abandoned plans to launch a television, TrustedReviews’ TV expert John Archer believes it is the right decision. He’s not ruling out an Apple TV set ever landing though. Here’s why…

It’s tempting to see the whole ‘will they or won’t they’ Apple television situation as the AV equivalent of a Mulder and Scully romance. Something people seem to want so badly they just can’t leave it alone, but which may well leave them feeling let down and suddenly disinterested if it ever actually happened.

It’s even tempting to go so far as to think that like the X-Files’ creators, Apple is deliberately playing on this fascination, dropping just enough hints about a potential Apple-branded television to keep feeding the frenzy before finally dropping an actual honest-to-goodness set on a delirious world just at the moment when we’ve all given up on it.

The continuing lack of an Apple television despite the apparent public taste for one actually looks much simpler – much more like a straightforward, hard-nosed business decision.

There’s some truth in the Apple TV speculation
First things first, though: I don’t believe the endless Apple rumours are completely without foundation. There’s no smoke without fire, and all that. I’ve heard enough from both well-connected journalists and interviews with Apple personnel over the years to feel confident that the company has put at least some effort into injecting its DNA into a television.

The rumour mill online and in more private tech circles reached such a fever pitch towards the end of last year and beginning of this year that I even think Apple may have been just a high-level nod away actually launching a set. But of course, the bottom line is that no such TV has yet appeared, and if you remove wishful thinking from the equation it’s easy to see why. Basically, it all boils down to timing. 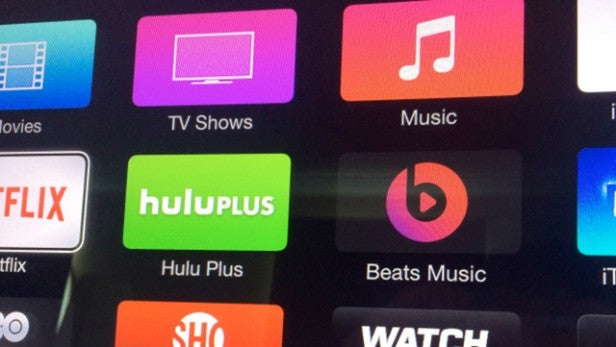 If you look back at Apple’s phenomenal success story – and that of most if not all successful product-based companies come to that – it becomes apparent that one of the keys to that success is bringing new products to market just when that market needs them most.

There are, of course, other factors. Brand marketing, product design and making sure products deliver on their promise are all clearly critical too. But timing is certainly critical, and the simple fact of the matter is that the time has never been quite right for Apple to launch a TV. And

This might initially seem a strange thing to say. After all, Apple is currently riding higher than it – or any other company has ever ridden before. Aside from a hint of naysaying about its Watch, it seems unable to put a foot wrong, and its level of brand recognition across the globe is unprecedented. So surely, you might think, this is exactly the right time to cash in on the Apple obsession and launch a TV?

The thing is, though, Apple is too clever for that. It’s savvy enough to know that it hasn’t got where it is by simply exploiting its brand to persuade people to buy any old bit of nonsense just because it sports an Apple logo. It’s got where it is because it knows for the most part what innovations to make in a particular technology sector, and when to make them.

Apple and TV are still worlds apart
The world of television hardware just doesn’t fit into this ‘Apple way’ for a number of reasons.

First and worst, TV technology is in a ridiculously complicated state right now. The last couple of years have seen the arrival of an unprecedented glut of new screen technologies such as OLED, high-brightness LCD panels, multiple wide colour gamut technologies, curved screens, 4K UHD, and high dynamic range (HDR) – all of which require either new types of screen, new manufacturing techniques, new industry standards (some of which still haven’t been formally ratified) or the creation and delivery of new types of content. Or, even a combination of the four.

Even the very experienced TV manufacturers seem to be struggling to deal with the mess, despite it being entirely of their own creation. Yet what Apple thrives on is clarity, creating and controlling its own product eco system internally rather than the TV situation it would currently be faced with of having to work with all manner of external standards bodies and hardware organizations.

Sure, Apple could and doubtless would have some significant TV innovations up its sleeve if it launched one now, but so complex is the TV world currently that for once just ‘doing an Apple’ to a TV wouldn’t be enough. Many more factors that Apple couldn’t directly control would have to be in place too before an Apple TV could go toe to toe with the best of the rest. 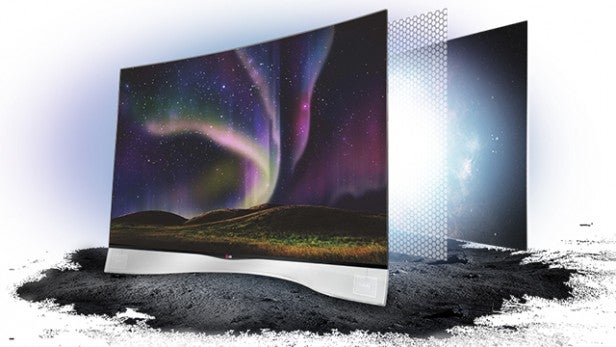 Another huge problem for Apple associated with the current state of flux in the TV world is keeping up. Given the product development time Apple would probably want to invest in any TV it brought to market, the resulting TV might well feel out of date in some areas – connections, panel spec, compatibility with various picture formats and so on – as soon as it launched. And if there’s one thing Apple would surely never want one of its products to be, it’s out of date.

Also making TV a difficult proposition for Apple right now is the fact that TV hardware is suffering an identity crisis. Once upon a time the TV was the one and only video device in the home, around which we all crowded as families to watch the same content at the same time. In other words, it was an incredibly powerful focal component of almost every household in the world.

In such a world it made total sense for televisions to try and be much more than just televisions, by integrating smart features able to make the TV a portal to the world of the internet. Now, though, the staggering popularity of smartphones and tablets has profoundly changed the position of the TV in a typical household. TVs have become just one of many ways of watching video, accessing the internet and using apps, and finding and watching content has become an ever-more personalised experience.

Apple has, of course, being instrumental in this personal entertainment sea-change with its tablets and phones. But the resulting situation where TV’s significance in the home is diminishing, and where it’s increasingly reverting back to just being more or less just a ‘dumb monitor’, doesn’t give Apple much room for manoeuvre in bringing something new to the TV world.

But of course, no such TV even came close to coming to market.

Taking on the heavyweights
Yet another reason why the time has never been right for Apple to launch a television is the fact that now more than ever it’s got lots of other far less risky projects to focus on. Regularly upgraded devices like phones, tablets, computers, laptops and, most recently, the Apple Watch have devoured its attention and swelled its coffers to such a degree that any TV aspirations have inevitably been continually sidelined. It’s telling that the Apple TV set top box has always felt like merely a side-bar in Apple’s product range, receiving markedly less attention and fewer updates than its other products.

A further hurdle to Apple trying to launch a TV now is the generally dismal state of today’s TV market. The pace of innovation and aggressive price wars in the TV world have caused once strong TV brands like Sharp and Toshiba to fall by the wayside in many territories, while even mighty brands like Panasonic and Sony have of late been issuing some pretty dire warnings over their TV futures, at least in some parts of the world.

Basically the production power of Samsung and LG is making it increasingly hard for any other brand to make its mark in the TV world. What’s more, even though Samsung is the number one TV brand across many parts of the developed world its TV division still struggles to turn a substantial profit.

None of which will exactly be music to Apple’s ears. Yet TV history suggests that such premium products and the companies that make them struggle to survive unless they set themselves up very specifically as niche brands – and Apple isn’t really about the niche.

To make matters worse, recent TV history and research suggests that branding is increasingly unimportant to people’s TV buying decisions, so even flexing its brand might may not be enough to secure Apple a healthy chunk of the TV pie.

HomeKit could make an Apple television a reality one day
You’re probably thinking by now that I’ve pretty much written an Apple television off, as many of the TV world problems I’ve talked about are potentially permanent. Actually, though, I think there could still be another window of opportunity opening up a year or two down the line. A window which, in typical Apple style, it will essentially be creating by itself.

The main thing that’s got me thinking this is Apple’s HomeKit technology. Designed to involve Apple in the worlds of home automation and, to some extent, the so-called ‘internet of things’, even the name HomeKit is important, because it points to Apple’s most focused attempt yet to become a central component of your home.

Sure, countless households already use its tablets and smartphones at home, but these sorts of devices aren’t as intrinsically connected to your domestic environment as a television set. The bridging effect of the HomeKit, though, could completely change this. 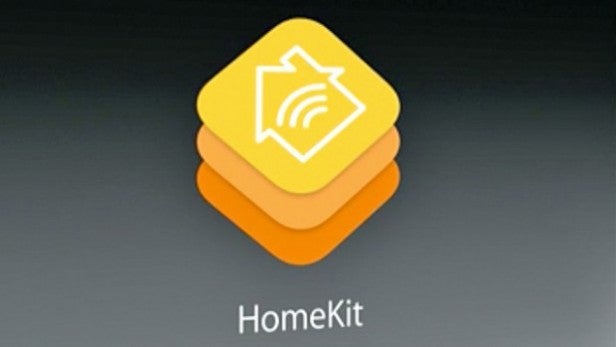 It appears as if the HomeKit is even going to become part of the humble Apple TV set-top box, directly connecting HomeKit technology with the world of the television.

As well as stealthily creeping into more of your domestic space via HomeKit, Apple is also, according to many reports, rounding up content for a new subscription-based TV streaming service to go up against the likes of Netflix and Hulu. This striking move marks another shift by Apple towards TV rather than PC thinking.

So my thinking is that if HomeKit and the Apple streaming service prove successful over the next couple of years, Apple will by then have potentially accumulated enough TV experience; established a wide enough TV-related infrastructure; and most important of all become so associated with our day to day TV lives that the time for an Apple television might just finally be right.

Do you think Apple should make a television? Let us know your thoughts on the subject in the comments section below