Yet, the term budget and the phone’s actual price don’t sit too well together, not when you consider how much cheaper some Android alternatives are.

Contrary to what many said before the phone’s launch, the iPhone 5C isn’t really out there to snag a whole new swathe of iOS converts in developing markets. It’s not really here to change the Apple entry point at all.

It’s here to refine the iPhone business model in order to increase profit margins and streamline the messaging behind the iPhone line-up. That doesn’t sound exciting, but it is important.

Let’s start with the important stuff – the dough. 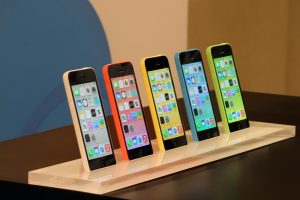 Money Matters
The most obvious difference between the iPhone 5S vs the iPhone 5C is that they’re made of completely different stuff – in the most literal sense.

The iPhone 5 has an immaculately cut aluminium body whose frame is machined from a single piece of metal. It’s what makes the iPhone 5 and 5S feel like such high-quality devices. But it does not come cheap.

Apple has arguably taken a few tips from Nokia’s Lumia phones with the iPhone 5C – a fact Nokia was only too happy to point out in the above photo posted on Twitter. The phone has a colourful plastic body that uses high-grade polycarbonate to ensure it doesn’t feel cheap.

This change is what makes a cheaper iPhone possible – more so than the minor spec hits taken in its camera, CPU and so on.

Where do the profit margins come in, given the iPhone 5C may take a bite out of future iPhone 5S sales?

In a basic sense, the position the iPhone 5C inhabits is not a new one. Apple has offered ‘cut-price’ iPhones for years. Before the launch of the iPhone 5S, you could still buy an iPhone 4 from Apple direct as a quasi-budget phone – despite being almost three years old. 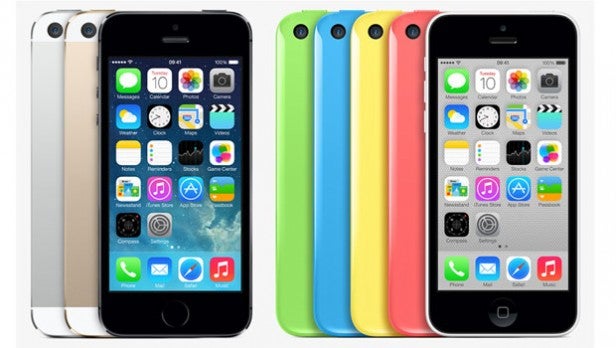 Clearing out the Crap
Replacing the selling of old phones with flogging a newer one that’s cheaper to produce has benefits other than just reducing production costs.

It also makes the iPhone line-up more attractive, and easier to understand. One issue I’ve always faced looking at the Apple prices of previous-gen iPhones is that they appear criminally high for fundamentally out-of-date products.

In making the iPhone 5C a device with its own style (i.e. colouful and plastic) that feels up-to-date, Apple has perhaps made the thing far more appealing than a plain old iPhone 5 would have been, following the release of the iPhone 5S. The clear identity also lets the 5C become higher-profile.

. The iPhone 5C is completely different, and is purpose-built to fit in with the colour-obsessed branding of Apple’s recent iPod marketing.

You can bet train stations across the land will soon be splashed with giant posters screaming about the iPhone 5C’s five colours.

It’s not the cheapo iPhone. It’s the fun one.

Marketing 101
This massively increased marketability of the iPhone 5C is what partially resurrects the idea that it’ll attract a new audience that Apple hasn’t previously reached.

Yes, the iPhone 5C is far too expensive to appeal to the real low-end buyer. But as Apple can make the phone far more visible than it could make a ‘budget’ iPhone 5, it can go head-to-head with the HTC One Mini and Samsung Galaxy S4. Both were – like the 5C – surprisingly expensive.

Visibility is key with the iPhone 5C, and with those colourful shades on offer, it’s a phone that’s hard to miss. Even if it is just an iPhone 5 made on the cheap.