It has been a long and, at times, drawn out search for a new leader but today Microsoft announced Steve Ballmer’s successor. Satya Nadella is a man virtually no-one has heard of and he faces the monumental task of reinvigorating a company many perceive to be stagnating. He also becomes just the third CEO in Microsoft’s 39 year history.

Previously head of Cloud and Enterprise, Nadella got the nod ahead of more high profile candidates such as Ford CEO Alan Mulally and ex-Nokia head Stephen Elop. Having been at Microsoft since 1992, Nadella will bring continuity to Microsoft but his background also suggests a renewed focus on web-based software and services. Having previously written that Microsoft is turning into Apple, Nadella’s appointment suggests Google may now be the bigger influence.

Regardless of which way Microsoft is headed under its new CEO, however, there are some key aspects he must address:

We have called for this for some time, but with Windows 8 traction stalling the company needs to stop confusing customers and refocus. Releasing ‘Windows Lite’ never seemed a good idea and the prospect of selling customers something which looked like Windows 8, operated like Windows 8, but lacked the core functionality of Windows 8 only ever found favour inside Microsoft HQ. Rumours have been building Windows RT is for the chop and we hope one of Nadella’s first actions as CEO will be to deliver the killing blow. 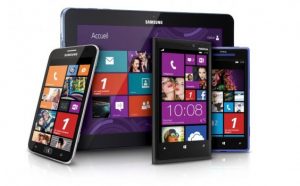 With Windows RT hopefully for the chop we’d like to see Windows Phone replace it. The dynamic, tile based UI is far more mature than RT and would look superb on a tablet’s extra screen size. Crucially it also has a consistent finger friendly UI and a much better selection of apps. Microsoft is merging its Windows Phone and Windows 8 app stores long term, but it seems pointless when one could replace the other and save developers the hassle of building separate apps. If Windows 9 could drop us into Windows Phone 9 that’d do nicely.

Since November 2010 Microsoft has gone from Windows Phone 7 to Windows Phone 8. During the same timeframe Apple has gone from iOS4 to iOS7 and Google has released 11 updates taking Android from Gingerbread 2.2 to KitKat 4.4. Microsoft has issued seven updates getting to Windows Phone 8 of varying significance, but it simply isn’t enough to cling to your rivals’ coat tails with its market share lagging so far behind. With Windows 9 set to debut just 2 ½ years since Windows 8 there are signs Microsoft is addressing this in the desktop space, but even then the days of standalone updates should be gone. The seamless iOS / Android / ChromeOS model is the future.

‘Mobile first’ is a widely adopted motto these days, but Microsoft faces a dilemma having bought Nokia. The move was vital, but like Google – which ultimately divested itself of Motorola – it must convince handset partners it will not end up being the only viable hardware for its software. This will be especially difficult with Nokia commanding 90 per cent of the Windows Phone market, but – as Apple’s falling iPhone and iPad marketshare has shown – Microsoft will struggle to compete with Android by going it alone. Here Nadella faces an unenviable balancing act. 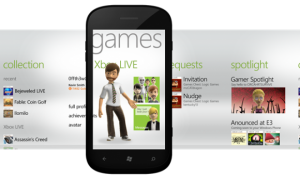 Much was (rightly) made of Microsoft’s back peddling in the run up to the Xbox One launch but with PlayStation Now being tipped as the potential match winner for the PS4, Nadella must look at an Xbox equivalent. His Cloud-based history makes him an ideal candidate to pull it off and it would also be a huge shot in the arm for Windows Phone sales. Millions of handsets could potentially reinvigorated as powerful, portable consoles rather than their current role as meek Xbox Live portals. Apple and Google would be unable to match it.

Nadella has already pulled off something of a masterstroke in bringing Bill Gates back into the day-to-day running of Microsoft. Gates will step down from his part time role as chairmen to take up the more hands-on position of technology adviser. Much like Apple is caricatured as being rudderless without Steve Jobs, a Gates-less Microsoft has long been bemoaned by many. Gates carries both emotional and financial goodwill on the stock market and may well buy Microsoft the extra time it needs to fully form under Nadella’s leadership.

And yet with so much expected, Nadella will need to establish a clear path, timeframes for his ambitions and quell unrealistic expectations. Having been at Microsoft for 22 years he brings continuity and the reputation for evolution not revolution.

This is clearly Microsoft’s preferred route. One time front runner Alan Mulally preached the need for radical change and similarly overlooked Stephen Elop was rumoured to be keen to sell off both Bing and the Xbox division. Had Microsoft wanted a revolution it could have had it.

In Nadella Microsoft will hope it has the best of both worlds: a progressive, yet flexible choice well versed in the company’s culture and protocol. With Microsoft at a crossroads it is imperative they chose well.