Last week, it was announced that a company called uBeam had built a fully functioning prototype of its self-titled wireless charging technology.

Wireless charging is nothing new, of course, but this is potentially the most liberating and exciting technology of its kind yet. Here’s why.

uBeam is exciting because it goes beyond simply charging your mobile devices without wires. It does so without requiring any physical contact whatsoever.

While current so-called wireless charging standards require you to place your mobile phone on a charging plate, uBeam will potentially allow you to wander around the room talking on your phone while it’s charging.

The reason behind this flexibility is that uBeam is sound-based. It converts electricity into sound, which is then transmitted as ultrasound waves.

At the other end, the receiver (which would need to be built into the phone or tablet) converts those sound waves back into electricity.

It can’t pass through walls though

There are some constraints. Unlike Wi-Fi, uBeam ultrasound waves can’t pass through walls. This means that you have to be in the same room as the charger, and within line of sight.

The simple solution to this, of course, is to have a transmitter or two for every room of your house. 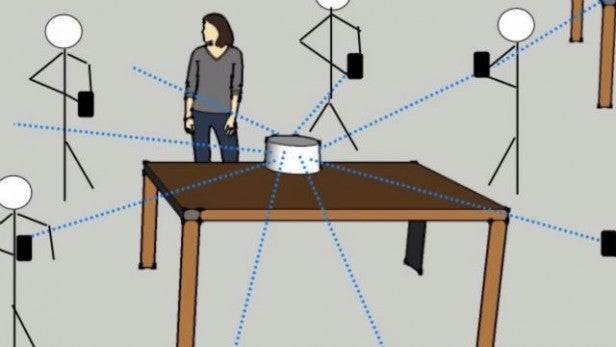 The intention is to make it ubiquitous

In fact, uBeam intends for its wireless charging system to become like Wi-Fi – so present in many of the cafes, shops, and public transport networks we use every day.

It would mean we’d never have to worry about leaving home with a partially charged phone, or about travelling with the right type of adaptor plug.

That last two points will be feasible because uBeam transmitters will be extremely slight – less than 5 millimetres thin, in fact.

This means that uBeam transmitters could be stuck to walls or some other out-of-the-way location. Ubiquity would not be a problem.

It could lead to smaller mobile phones

The biggest and heaviest component in a modern smartphone or tablet tends to be its battery. That’s because battery technology has not kept pace with advances in processor and display technology, meaning we need battery units of considerable size to simply last through a modest day’s usage.

uBeam wouldn’t solve that disparity directly, but it could possibly lessen the need to. As noted, the idea is to put uBeam charging technology into as many public areas as possible.

This would mean that we wouldn’t necessarily need our smartphone batteries to last through a full day, as they would constantly be getting topped up while we were out and about, or simply sitting at home. 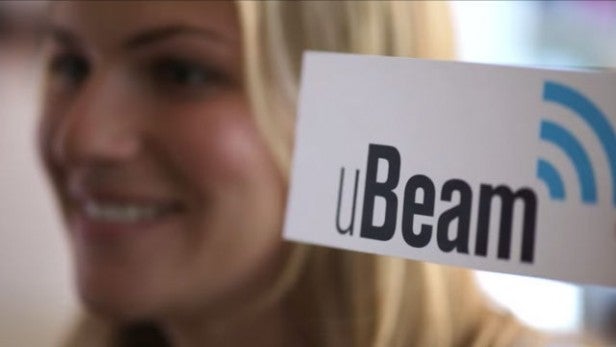 uBeam devices could be available within two years

That’s the estimate provided by uBeam. The company is planning two initial products – one for home and office use, and one larger unit for public spaces such as airports and hotels. It plans to sell directly to customers.

It could do more than just charge

uBeam has also revealed that it has found a way to send data through its charging stations, which opens up a new world of possibilities where our home appliances are both wireless connected to one another as part of the “Internet of Things.”

Samsung, Apple and the rest will be kicking themselves

uBeam wasn’t invented by any of the major tech companies with their multi-million-dollar research labs.

It was invented by Meredith Perry, a then-21-year-old astrobiology student at the University of Pennsylvania. She came up with the idea, researched the various cross-discipline issues related to sound-based charging, and sourced the funding for this prototype.

Now 25, Perry recently told the New York Times that her company’s plan is to “saturate the market with uBeam transmitters” so that “in addition to your local coffee shop saying it has free Wi-Fi, it will also say it has free uBeam.”

Given the promise of constant wire-free charging and slinkier smartphone design, we’re willing Perry and uBeam to succeed.

Are you excited by the idea of uBeam? Let us know your thoughts in the comments section below.