Spotify’s video service explained: Everything you need to know

Spotify’s long-rumoured video streaming service is imminent. In fact, some users may already have access to it.

So what exactly does Spotify’s video streaming service entail? Who can access it? And should Netflix be looking over its shoulder? 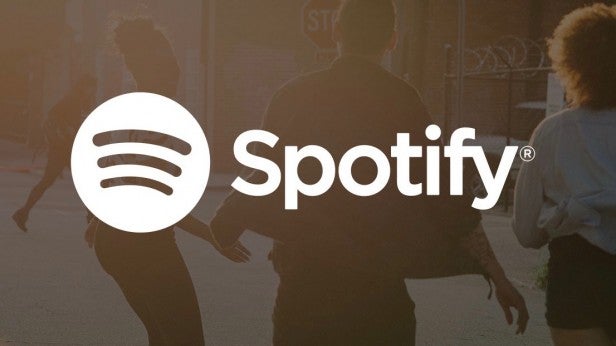 Wait, Spotify is getting into videos?

Yep, and it’s no surprise. Last May, the leading music streaming service announced that it would start streaming video content as part of its package. More than eight months later, here it is.

The Wall Street Journal first broke the news that Spotify’s video service was imminent, and sure enough, it has started appearing in Spotify’s key markets.

Apparently, the long delay was deliberate on Spotify’s part, and is down to a lengthy test period in which the company trialled its video offering on less than 10 percent of users across the four launch markets.

Spotify’s video offering is initially coming to the US, the UK (yay!), Germany and Sweden. Right now, it’s only rolling out to the Android app (check the ‘Shows’ hub under ‘Browse’), but iOS users should receive it next week.

It appears to be a staggered rollout even on Android – we’re seeing the new service appearing on some of our devices, but not others.

One thing it won’t distinguish between is paid and free tier users. Spotify wants as many of its 75 million users as possible to experience its video offering.

Desktop users will have to wait a while longer, however – this is a mobile-only effort for now. 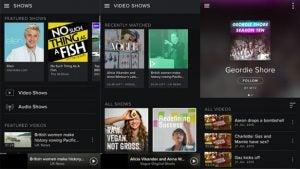 What can we watch?

The range of content Spotify is offering spans traditional video content providers and fresh digital offerings from the likes of the BBC, Vice, ESPN and Comedy Central.

This mainly consists of brief snippets of content from longer form programmes. Think those clips of talk shows that seem to do so well on the web. The BBC, for example, has revealed that it is providing clips from Top Gear, Planet Earth, Doctor Who and Blue Planet. International users will get BBC News and podcasts.

You’ll also find offerings from US talkshow host Ellen and clips from Geordie Shore, among others.

According to that WSJ report, Spotify has found that contextually relevant videos are watched the most. So, expect to see plenty of video snippets that relate to the music you already listen to on the service.

Don’t expect myriad ways to access or discover that content, however. This is no sprawling YouTube-like service, and Spotify has found that sorting its video content into neat packages is the best bet. Think “News of the Week” or “Laughs at Lunch.” 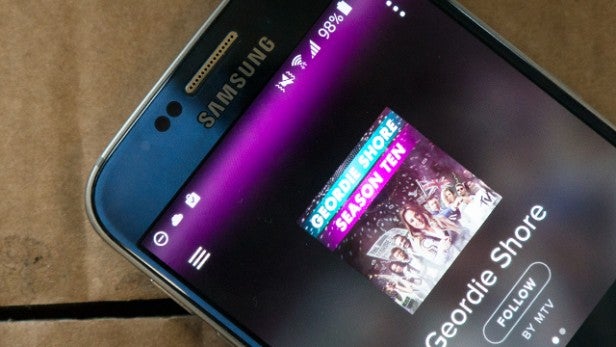 Why is Spotify doing video?

Spotify still isn’t a profitable company, and it needs to both expand its audience and its revenue stream options.

Spotify needs to attract more people to its service, and it needs existing users to engage with its app for longer periods. This is a problem for a music streaming service which, by its very nature, spends most of its time running in the background while users go about with their business.

By adding video content, Spotify hopes to attract more direct attention from its users. That’s not to say that this video service features ads right now – it doesn’t – but once it’s more established, you can bet they’ll appear.

Of course, it’s a big ask to expect customers to use a familiar and much-loved app in a completely different way to how they’re accustomed. 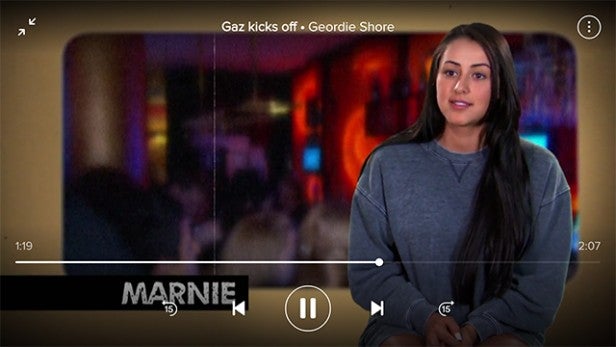 The playback UI is simple and clean

Watch out Netflix, then

Not necessarily. Spotify’s statements concerning contextual videos and brief snippets suggests that its video offering is more in line with rival video offerings from Tidal and YouTube Music Key than the long form video of Netflix and Amazon Video.

Of course, that’s not to say that Spotify wouldn’t start treading on Netflix territory if its video service were to prove a success. It’s already been confirmed that companies such as Tastemade are making an original music-themed series for the new service.

The simple fact is that Spotify has 75 million users, with 20 million of those paying subscribers. If the company successfully sells its service to a decent proportion of those users, then it will likely represent precious viewing time taken away from some other video service.

But, is it any good?

That’s hard to say, especially so close after
release. The content is a real mixed bag so far, some nice little
shorts from Vogue are mixed in with what seems like adverts for Geordie
Shore from MTV. It’s hard to tell which is custom made content, and what
is just footage grabbed and used elsewhere and bunged on Spotify.

There isn’t much to keep you engrossed, but that could all change if Spotify manages to bag some content deals.

Have you tried out Spotify Video yet? Let us know in the comments below