Roblox isn’t what I expected. On first inspection, its polygons and primitive textures give an impression of Minecraft meets Lego – but Roblox is neither. This isn’t a game, it’s a platform; and its elements more closely resemble “Steam meets Unity” than some variation on the creative games currently sweeping the industry.

In fact, Roblox has been ushering in the age of user-generated content for far longer than Mojang’s block builder. Since 2006 it’s been evolving and growing, now boasting an enormous user base of 30 million unique monthly users.

That would be a staggering achievement for most online services; World of Warcraft has been around fractionally longer, but has experienced consistent decline in recent years. Roblox isn’t declining, it’s going from strength to strength.

And so comes the inevitable question: what on earth is it? Fire up the online client of Roblox and a legion of gaming experiences open up before you. First-person shooters, murder mysteries, platformers, and even some games that defy generic convention. The vast majority, if not all of these are user-generated, or produced by small studios dedicated to the platform – a bewildering 15 million of them to be precise.

Each and every one is hosted in the cloud by the Roblox game engine, and listed on the store for the community to sample and enjoy. It’s an enormous library of creativity that’s free to consume, and also free to contribute to.

Deciding which of the smorgasbord to devour first is intimidating. It seemed pertinent for me to choose some of the platform’s most popular titles as an introduction into what makes Roblox unique.

My first selection from the vast menu was “Assassin!”, a game that’s been favourited by 192,000 users. Small groups of players are each assigned a target (another player) to assassinate. By successfully dispatching their prey, players then inherit their victim’s target, and so forth, until there’s only one person standing. It’s a perfect example of what Roblox has to offer: not pretty, far from responsive, and game-lite – but also compelling, and completely free.

Hopping around, madly waving a knife at a person who, due to the platform’s inherent latency, often proves a difficult target, was sometimes frustrating. However, I quickly found myself looking around and thinking about how pleasant the game’s minimalist design actually was, and that someone in the community – and not in all likelihood a professional developer – had put it together.

There are dozens of similar experiences to be had on Roblox. Speed Run 4 is a simple platformer in which the player runs forward and jumps over a series of obstacles, in a kind of no-frills Mirror’s Edge. In Prison Life, players inhabit the role of inmates and guards within the bounds of a prison. It’s a kind of emergent simulator where everyone is encouraged to get into this spirit of things: in this case, guards offering inmates the occasional beating while inmates discover the bounds mischief.

As my repertoire of Roblox titles increased, I became increasingly surprised by the complexity of some offerings. Take Counter Blox: Roblox Offensive, a remake of CS:GO. To my astonishment, it’s a fully functional shooter that recreates some of the game’s most iconic maps, such as Dust II. Players earn cash during each round, can then spend it on new items, and then use said boons to achieve an edge the next time terrorists and counter-terrorists lock ironsights. 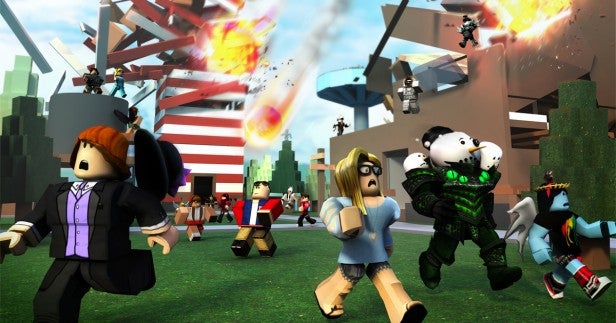 Aside from the obvious responsiveness issues when using a cloud-based service, and the fact that I am to headshots as Boris Johnson is to international diplomacy, Counter Blox is a surprisingly whole product. Obviously it’s no replacement for the original, but much like the Lego titles, its recreation of source material – or rather ‘Source material’ – charms its way to success.

The service is packed with such experiences, some original, others derived from existing games, and more still that make use of sponsored content from franchises such as Harry Potter or Pokémon. It’s hard to absorb the full gamut, since there are enough games on the service to occupy several lifetimes of testing and trying them all.

Finding “your” game on Roblox is probably a case of using the main interface’s many filters and search tools, as well as the social facilities that allow players to find each other based on interest.

Once again, the communities are many, each gathering together individuals under differing banners. These vary from “Girls – Create, Build & Game”, a group designed to bring together some of the platform’s female creatives, to “Robloxian Military”, for those wishing to play war hero.

But devouring free games is only half of the Roblox story. The game’s design studio is where the millions of free games are produced, and it’s also free to use. This is where Roblox truly diverges with the post-Minecraft phenomenon, in which consumption and creation occupy the same space.

Roblox Studio, the constructive side of the platform, is a completely separate program, which is in actuality a simplified game design suite in the same vein as Unity or Unreal Engine.

The studio allows players to build games from the ground up, but unlike the toolset present in a title such as Disney Infinity – which used simple logic to connect the in-game components – Roblox asks more of its initiate designers.

Scripts must be written to define in-game behaviours, and that requires knowledge of coding. Variables, functions, statements: in trying to engage with its suite I found myself pulling on basic knowledge from many moons ago, when I learned to program in Java.

There’s simply no way to “pick up and play” this. Any budding designers will have to learn basic programming skills and a suite of reasonably sophisticated tools, or go back to consuming the content of others.

Clearly, this hasn’t deterred a huge number of people – some of whom are teenagers and children, or others who are studying computer science at university – from mastering the Studio’s intricacies. One of Roblox’s most successful developers is 19 years old, having produced a game that’s now been played millions of times over.

For anyone seeking to develop their computer science skills, or create projects that will instantly receive feedback from a huge audience, the appeal is obvious. 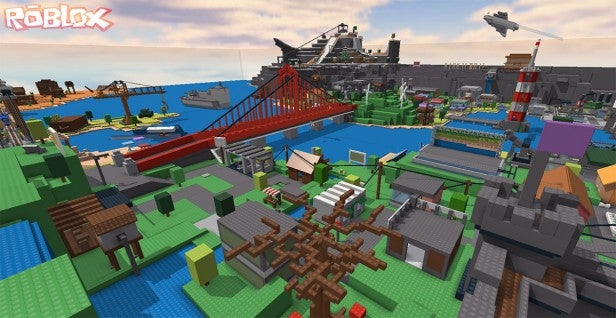 Where there’s an enormous audience, there’s also cash, and Roblox isn’t surviving on the goodwill of its audience. The base experience is free for developers and players, but microtransactions keep cash flowing into the coffers of Roblox and its dedicated creative audience.

An enormous catalog of items are available to purchase using the service’s custom currency, “Robux”. Most of these are vanity items that modify the appearance of a player’s avatar in some way, but some of the platform’s games also include purchases that unlock new functionality, or which allow players to complete certain tasks more quickly.

The content creators are involved in the system itself and can, after Roblox takes its own share of Robux earned, trade in what remains for real cash. Some developers are making tens of thousands of dollars this way, allowing them to continue producing fresh experiences, as well as keeping the platform itself afloat.

It’s a robust model that’s clearly working for the Roblox’s parent company, Roblox Corporation. Not only are its games free to play, they’re also accessible across an array of devices from Xbox One, to iPhone, to PC. Players are free to move between their phone and computer with ease, and because the service is cloud-based, they don’t need to worry about the more technical aspects of hosting games – such as server load –that are all handled by the servers in the sky.

Flexibility and free-to-play are a powerful combination. However, the question remains whether the lack of polish of many Roblox games, and relative complexity of its creation tools, make it a recommendation for the majority of core and casual gamers. Try it for yourself and see: you might find your creative juices flowing all the faster from its array of human invention.