What is PlayStation TV?

PS TV is here. But what is it? PlayStation TV is a tiny box that attaches to your TV and lets you play games and stream video whether or not you have a PS3 or PS4.

The PS TV originally launched in the UK in November 2014 for £84.99, but has since had its price slashed to just £60. That means you can get your PS4 on a second screen or get access to some classic PlayStation and PS Vita titles for under £70.
Buy Now: PS TV at Amazon.co.uk | Amazon.com

PlayStation TV UK Release Date: When is it coming out?

Although that price sounds pretty attractive for those who already own a PS4 or PS3, you will need to purchase a PS3 DualShock 3 or PS4 DualShock 4 if you’ve not already got one. Seeing as one of those will set you back around the £40 mark, you’re now looking at a cost closer to the original £84.99 UK RRP.

If you live in the US, the PlayStation TV was released on October 14. It costs $140 and comes bundled with an 8GB memory, the Lego Movie video game and a DualShock 3 controller.

Make sure you read our PS TV review to find out what we make of it.

Here are 13 things that you can do with the PS TV:

13. It’s not quite the Roku or Chromecast alternative yet 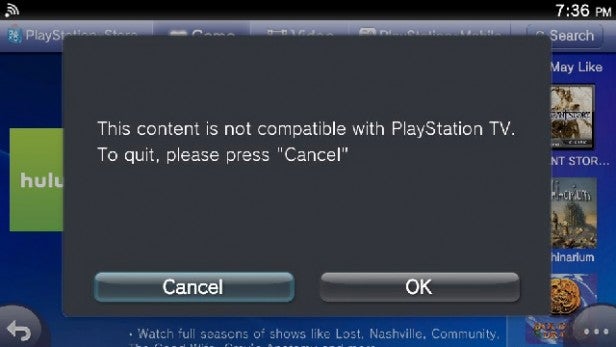 If you’re thinking that your new PS TV will act as an alternative to Roku or Chromecast, sadly you’d be wrong – at this early stage at least.

The PS TV lets you download and install the PS Vita versions of the Netflix, Hulu Plus and YouTube apps, but currently, you can’t actually run them.

According to Sony’s latest statement:

So, it looks like we’re going to have to wait for support for these entertainment services on the PS TV.

Although, you might have to wait quite a while for Netflix support as the company has said it has “no current support plans for Netflix on PS TV.”

12. A lot of compatible games have been removed 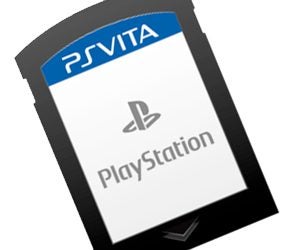 In September, Sony released the full list of PS TV compatible games via the PlayStation Blog. It featured a wealth of PSP, PSOne classics, PS Vita and PlayStation Minis among other titles.

However, checking back on the PlayStation Knowledge Center for its PlayStation TV compatible games list, there are a lot of those originally listed games missing.

Those missing games aren’t from one category either, they span PSP, PSOne classic and some PlayStation mini titles too. That may not bother you, but when you realise some of these are big name games like Valkyria Chronicles 2, Metal Gear Solid, Silent Hill, Star Wars: The Force Unleashed and more. 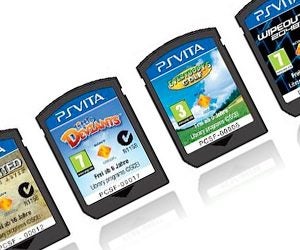 Before you start slamming your PS Vita cartridges into the PS TV and wondering why it doesn’t work, it’s important to remember that not all PS Vita titles are compatible with the little black box.

Some of our favourites like Tearaway and Gravity Rush can’t be played on the big screen. There are a huge number of great PS Vita games to play on the PS TV, though, including the likes of Borderlands 2, Child of Light and Killzone: Mercenary.

Bare in mind though, that even if your chosen PS Vita game is supported you may have to download the latest update to actually make it compatible with the PS TV. 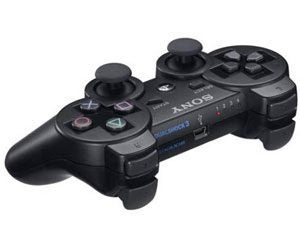 One of the issues with set top box-style game systems like Ouya and Gamestick is their rubbish controllers. PS TV, on the other hand, uses the exact same pads as the PS3 and PS4.
The tiny box can be used with either kind of controller, but the baseline package does not come with one. Sony will sell a slightly more expensive bundle that comes with a DualShock 3 pad – the kind used with the PS3, not the latest DualShock 4 of the PS4. We imagine it may have a good few million DualShock 3s left over from the PS3.

9. It’ll act as a ‘second PS4’ through Remote Play 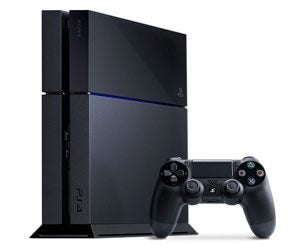 If you already own a PS4, one of the neatest tricks of PlayStation TV is that it can act as an extension of your PS4. Using the same Remote Play tech we’ve seen in action in the PS Vita, the PS TV can stream gameplay from the PS4 in your lounge.

There will be a visual fidelity hit thanks to the streamed/compressed nature of the video, but it’s a lot cheaper than buying a second PS4. You’ll need to make sure there’s a strong Wi-Fi network throughout your house, though, as Remote Play does require a good connection to work properly. 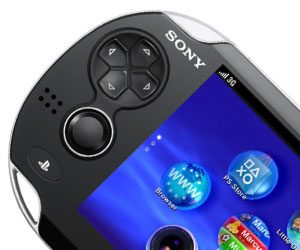 PS TV uses very similar internals to the PS Vita, which is one of the reasons why Sony has been able to make the box while working full pelt on the launch and development of the PS4. It has a quad-core Cortex-A9 CPU, the PowerVR SGX543MP4-plus GPU and 512MB of RAM, and can play Vita games natively.

As such, it’s not as powerful as the latest whizz-bang Android phones, but then this box is not about playing the latest games natively. It’s an accessible, low-cost little box. 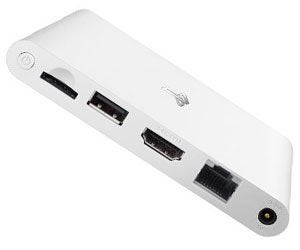 The PS TV has been sold already, but under a different name. The Vita TV launched in Japan in late 2013, and was effectively a test run of PS TV, in a friendlier market. It was white, not black like the PS TV, but hardware-wise they’re near-identical.

Vita TV sold 42,000 units in its first week – hardly a smash hit – but by the time PS TV launches in Europe and the UK, it will (hopefully) offer far more features than the Vita TV did at launch.

6. It will stream PS/PS2/PS3 games through PlayStation Now 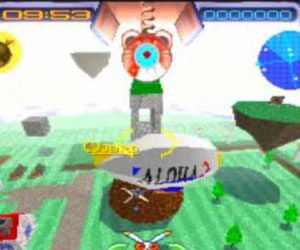 For people who don’t already own a PS4, one of the main draws of the PS TV box is its support for PlayStation Now. This is Sony’s game streaming service, using the Gaikai technology Sony acquired back in 2012.

It will let you stream older PlayStation games, including PS3 titles, over your home internet connection. The exact payment model for accessing these games is yet to be announced, but Sony says you’ll be able to play over 1000 of these streamed games at launch. 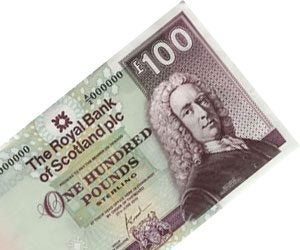 Sony did not announce the UK price of the PS TV at the box’s launch, but it started out priced at £84.99 in the UK. Now that price has fallen to £44.99, with that getting you the PS TV and a voucher for downloading three PS Vita titles.

There are more expensive bundles that include a Dual Shock 3 controller, but these seem to be very rare. 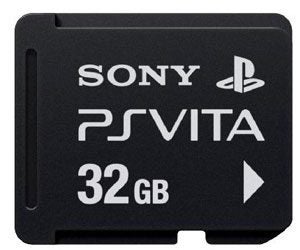 The PS TV box has a memory card slot but – predictably enough – it doesn’t use the standard SD format. Instead, it uses the Vita memory card type, a proprietary card system whose cards cost a fair bit more than the norm.

However, if you already own a Vita, this could be seen as a good thing as you will be able to play Vita games stored on the card. You can buy a 16GB memory card for around £25. 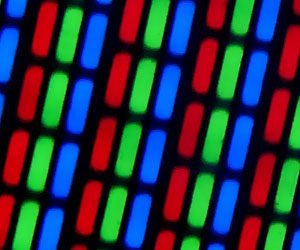 One of the disappointing technical limitations of the PS TV is that is tops out at 1080i/720p output, missing out on the 1080p video that has long been the standard. While this isn’t really a deal-breaker for game streaming – where the quality is naturally slightly compromised – it’s not good news for people who are thinking about getting a PS TV to stream video through.

Audio output is pretty basic too. It is limited to two channels, ruling-out getting proper surround sound from the box. This is deeply disappointing.

2. It’ll get Sony Video Unlimited streaming, but Netflix is MIA 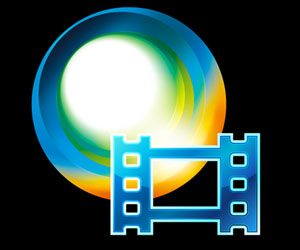 Will Sony’s proprietary approach kill PS TV? It’s one of our worries. Sony has a raft of streaming services to promote – Sony Video Unlimited, Sony Music Unlimited – but will it also offer streaming from more popular services like Netflix?

We’re waiting for services like this to arrive, but it seems likely that they will, in time. In Japan, Vita TV offers streaming from Hulu, which is a rival for Sony Video Unlimited. So unless Sony is really to change its strategy in the US and Europe, it seems likely we’ll get Netflix, especially given there’s already an app for Netflix on PS Vita.

1. It will support Vita games, but not all Vita games 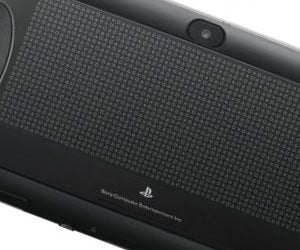 The PS TV supports Vita games downloaded to a memory card. However, not all Vita games will work because the standard DualShock 3 pad simply doesn’t have all the inputs of the Vita.

The handheld has a rear touch panel, dual cameras and a touchscreen. You don’t get any of those with a DualShock 3. Games that use these Vita extras include FIFA 12, Uncharted, Tearaway and others. It is a big problem. For more on this, you can check out Sony Japan’s list of Vita TV compatible games. (In Japanese)

Next, read our extensive Xbox One vs PS4 comparison.

So is PS TV any good?

PS TV has great potential, but it’s also deeply limited in some respects. It uses hardware that’s about three years out of date by some standards and its audio-visual credentials are pretty poor.

However, the Sony ecosystem is starting to look pretty great, especially if you have a PS3 or PS4 and are signed up to PlayStation Plus.