Google finally confirmed the details for its Mobile Virtual Network Operator (MVNO) service this week and the ramifications for the wider mobile industry could be hugely significant.

The service, which is a partnership with US mobile networks Sprint and T-Mobile, brings several new propositions that could alter the landscape completely thanks to a more customer-friendly solution that’s sure to give the big players something to think about.

So, let’s explore what Project Fi‘s all about and the potential for change…

What is Project Fi?
Project Fi is Google’s very own mobile network, which has been rumoured for years and was confirmed to be in the works at MWC 2015. Now it’s here. However, the firm hasn’t suddenly purchased a host of spectrum and cell towers in order to muscle in on the big guys’ turf. Google is using the existing infrastructure of T-Mobile and Sprint in the United States, for which it will pay a wholesale fee.

This makes Google a Mobile Virtual Network Operator, or MVNO, just like Tesco Mobile or Virgin in the United Kingdom. It means Google will be able to sell a service to customers using those networks’ infrastructure, but It’ll be able to charge its own prices and offer its own proposition.

What is the Google Fi proposition?
Google Fi is very much a customer-friendly alternative to the mobile networks currently offering contacts in the United States. The firm is offering a $20-a-month package for unlimited domestic calls (international calls are charged at a different rate, the UK from 3¢ per minute), texts (included unlimited international texts), Wi-Fi access, international texts and data roaming and tethering of any purchased data. However, the real winner is the pay-for-what-you-use data plans. 1GB a month is $10, 2GB a month is $20 and so on.

Users won’t be penalised for overusing; they’ll be able to buy more data at the same rate. By the same token, if customers don’t use the data they’ve purchased, they’ll be credited for the remaining amount at the end of the billing cycle.

So, if they purchase 2GB of data and only use, say, 1.2GB, they’ll get an $8 refund at the end of the month. If users go over their allowance by 400MB, for example, they’ll be charged $4 on their next bill. Google recommends users set their budget based on their past usage.

This is contrary to the current school of thought, where users buy an allowance with their contract, are encouraged to stay within it, receive no benefit for using less and can only buy additional data at a highly inflated rate. Customers will also be able to use that data to create a Wi-Fi hotspot for other devices and tether the data without additional charges. 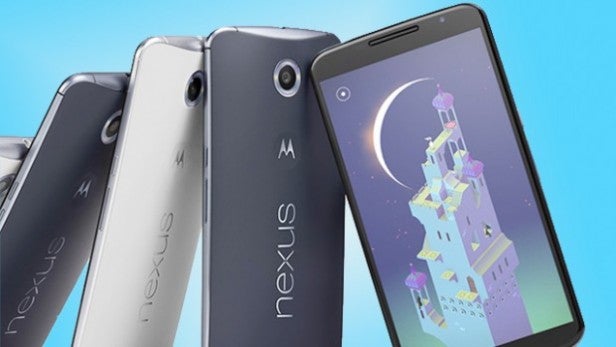 What’s the deal internationally?
Google’s Project Fi is only available in the United States for now, with no indication that an international roll out is on the cards. However, for Statesiders who like to travel, Project Fi is going to be a seriously attractive option. Much like Three Mobile’s ‘Feel at Home’ initiative, all of the texts (SMS, MMS, group, etc.) and data allowance will be universally available in 120 countries. Calls will be charged, but cheaper. So making cellular voice calls will cost Project Fi users 20¢ per minute while in the UK.

Google is reported to have struck an accord with Three to allow Project Fi users to jump on its network when they’re in the UK. One can only assume their are similar accords with networks in each of the countries Project Fi is compatible with.

However, In terms of using data abroad in those 120+ countries, speeds will be limited to 3G speeds, so no 4G.

What’s this about network hopping?
Yes, it’s true. Google’s Project Fi will automatically connect its customers to the fastest mobile data connection, whether it be through Sprint or T-Mobile in the United States. This network hopping technology is utterly unique.

Google is also promising advanced Wi-Fi connectivity and says it has pre approved one million public hotspots around the US as ‘fast and reliable’ and will automatically connect Project Fi users when within range. This’ll save on data and allow users to make calls over Wi-Fi.

The company also says there’ll be a seamless transition between Wi-Fi and mobile data networks so conversations will not be interrupted.

Who can use Project Fi?
Right now, it’s a pretty limited pool of potential users. Firstly, you have to be in the United States, secondly serves has to be available in your area, thirdly you’ll have to be invited by Google and finally, you’ll need to own a Nexus 6.

Google has opened up a registration site allowing interesting parties to sign up in the hope of receiving an invice. Those registering at fi.google.com have to sign up with an existing Google account and a U.S. zip code.

When I signed up with my Pompano Beach, Florida zip code on Wednesday April 21, Google said it was not available in my area yet and said it ‘might take weeks’ for service to roll out. During the sign up process Google also said it is sending out a small number of invites to interested parties each week. 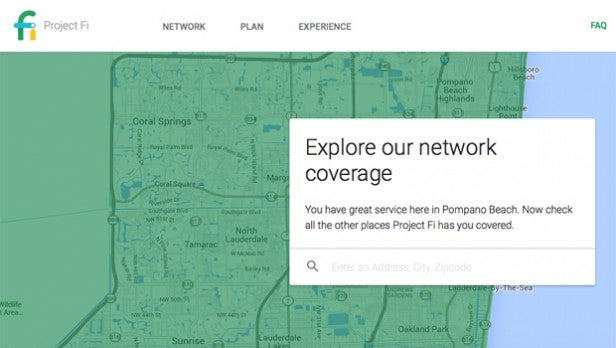 The email acknowledgement read: “Just confirming that we got your request for an invite to join Project Fi. We’re still getting Project Fi ready in your area. We hope it’s sooner than later, but it could take a few weeks.

“Keep an eye on your inbox. We’re sending a small number of Project Fi invites each week, so hang tight. If you don’t receive an invite soon, you’ll get an update from us within a month.”

Coverage is far from universal yet and Google has provided a map of the United States showing where there’s 2G, 3G and 4G LTE access right now. When searching for my zip code, Google wrote: “You’ll have 4G LTE coverage here, so you can download, upload, surf and stream without having any problems.”

Of course, not everyone applying will own a Nexus 6 (in fact most won’t), but Google says there’ll be an opportunity to buy one during sign up and pay up front or over a matter of months. Users will also be sent a multi-network compatible SIM-card with their purchase.

Can I use Project Fi with other devices?
To sign up for Project Fi you’ll need to either own or buy a Nexus 6. However, once you have one, the world is your oyster. Like the Google Voice platform, the phone number associated with the Project Fi account isn’t tied to the device. Instead, it lives in the cloud.

So, if you lost your Nexus 6, you’ll still be able to make calls and send texts on any smartphone, tablet or computer that supports Google Hangouts, just by logging into your account.

In terms of other smartphones joining Project Fi, Google says only the Nexus 6 will be compatible during the ‘Early Access Program.’ However, we can expect any new Nexus releases and devices from friendly manufacturers will join the fray as time goes on.

The Nexus 6 is Google’s choice because it contains 4G LTE radios that are compatible with network frequencies all around the world.

What about my current service?
Google is allowing users to transfer their current mobile number over to Project Fi when they sign up, but won’t be paying any termination fees. That’s on you.

If you already have a Google Voice number then it too can be used with your Project Fi account.

Another boon for potential Project Fi sign-ups is the month-to-month nature of the contracts. Users will be able to terminate at any time and can then use their Nexus 6 to connect to another provider once the agreement is over.

Can Project Fi succeed?
You bet your bottom dollar! I mean, what’s not to like? Democratised access to data, no long commitments, automatic connection to the fastest service, quick and easy connection to open Wi-Fi networks, no roaming fees for data and texting in 120 countries, cheap international calls, as well as texting and calling from your number on any Hangouts-compatible device and so on…

Can it change the mobile industry?
When it comes to the wireless industry in the United States, the deck is very much stacked in favour of the mobile networks. Sprint and T-Mobile (Google’s Project Fi partners) are the most customers friendly options, but it seems Verizon and AT&T are content to use their dominant market position and more widespread coverage to really stick it to punters with excessive monthly charges, long contracts and high device costs.

Google’s Project Fi can change this. If it proves a success it can encourage the big two to adopt a more consumer-friendly approach where there are more flexible options, lower charges, cheap or free roaming and less punitive measures which punish customers for using their devices more often.

More devices will need to become available and Google could probably benefit form offering a subsidy for sign-ups, but Project Fi could inspire the biggest change in the mobile industry in years.