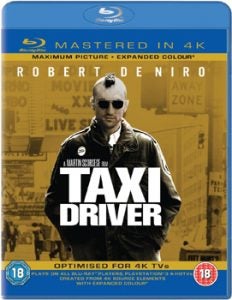 Extras on the Mastered in 4K version: none.

We have to say right from the off that there’s a whiff of cynical cash in hanging over this one. Why? Because the 35th Anniversary Special Edition (35th? Is that really worthy of a special celebration?!) is itself derived from a 4K master, as is made perfectly clear in the blurb on the back of the box. So is there really going to be anything the new Mastered in 4K version can bring to the table?

Certainly the original Blu-ray is a seriously excellent effort given the vintage of the film. The picture is remarkably sharp, detailed, colour/contrast-rich and low on noise, making it look it was made just yesterday. Clearly this 35th Anniversary Edition was a labour of love in AV terms – and there are plenty of extra features to keep you coming back for more too.

Really the only area where we felt the Mastered in 4K release delivered any marked improvement in our viewing experience was colour – presumably as a result of the extra colour range opened up by the x.v.YCC colour handling of the new version and the Sony TV.

Die-hard film fans may consider this reason enough to get the Mastered in 4K Taxi Driver – while, no doubt, retaining also the old special edition for its features. But if you only want to own one Blu-ray version of Taxi Driver, for us the new version feels a bit cynical, and the features on the original are just too good to pass up for a bit of extra colour punch. 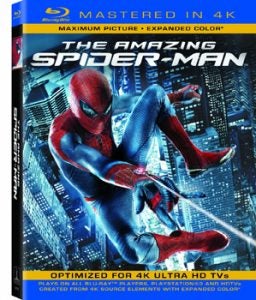 Special features on mastered in 4K version: None

The picture quality on the normal disc is pretty strong. It’s totally noiseless for a start, and there’s a strong amount of detail on show too – even in dark areas. A good contrast performance is on hand to take advantage of the stylish lighting too. There is room for the Mastered in 4K disc to make a difference, though, in that motion looks a bit soft, and the colour palette looks oddly yellow-tinged.

As hoped, the colours of the Mastered in 4K version are definitely superior. There’s a more natural, balanced overall tone that feels much more like how the film was intended to be seen, and outdoor sequences enjoy more dynamic range. Spidey’s suit looks much more vibrant too.

However, while the image is also palpably more detailed and crisp, we once again found ourselves wondering if the often relatively minor differences really justified losing all the impressive extra features of the standard release.

In the end, given that The Amazing Spiderman is a surprisingly good film and that its Mastered in 4K picture is one of the very best yet committed to Blu-ray, we wouldn’t begrudge the Mastered in 4K version its place in the Blu-ray firmament. It’s great demo material. But nor would we scoff at anyone who chose the normal version for its reams of features. 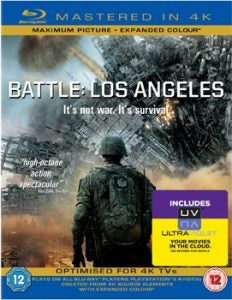 Extra on Mastered in 4K Version: None

It probably says it all that the Mastered in 4K version of Battle: Los Angeles is unique in this group test for costing less than the normal Blu-ray version. For the bottom line is that it’s such a cruddy film that it’s hard to imagine even the most diehard of picture quality obsessives wanting to spend extra just to see such blandness appearing in slightly higher picture quality.

It’s also the case that aside from, perhaps, Taxi Driver, the impact of using a 4K master for Battle: LA has the least impact compared with the original version. There’s a slightly richer feel to the film’s deliberately washed out colour palette, and close-ups reveal a touch more detail and sharpness. But the film’s endlessly/irritatingly fidgety camerawork makes it hard for your eye to settle on the picture for long enough to really take the extra sharpness in for most of the time.

The lack of video noise in the original disc version also reduces the wiggle room for the Mastered in 4K version to make a significant difference.

But to be honest we’re not really sure why we’re even talking about this.  It seems to us that applying the Mastered in 4K effect to a film as poor as this is not only a royal waste of time, but actually runs the risk of devaluing the whole Mastered in 4K concept.

So let’s move swiftly on…