What is Li-Fi? The future of super-fast internet

Everyone knows Wi-Fi as the faintly magical wireless internet connection standard that freed us all up to work in coffee shops and watch Netflix in bed. But what the heck is Li-Fi?

Li-Fi has been in the news a bit recently, with recent tests yielding wild promises of vastly improved wireless connection speeds and an end to internet traffic congestion.

So what gives? Join us as we take you through the meaning of Li-Fi.

Lighting up the internet

Like Wi-Fi, Li-Fi is a wireless internet connection standard. However, rather than operating on radio waves, Li-Fi operates using visible light waves.

So what’s so great about light anyway? Besides being useful for seeing things and enabling the existence of all life on this planet, we mean. 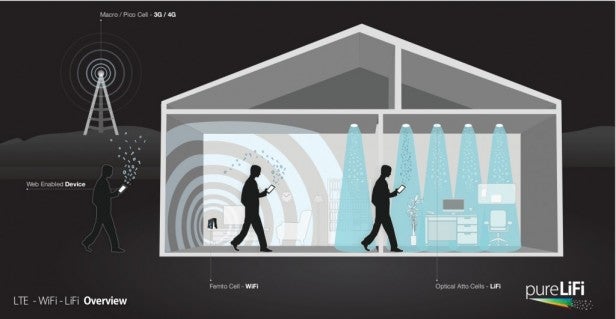 In this context, the visible light spectrum is 10,000 times bigger than the radio-wave spectrum in which all of our wireless communications take place. With our Wi-Fi networks getting ever more crowded as more and more connected devices join the fray, internet performance is only going to suffer.

A completely different spectrum is one obvious solution, and that’s just what Li-Fi promises to provide access to.

Li-Fi is also potentially much more energy efficient than Wi-Fi, which requires costly and power-hungry masts to operate. The infrastructure for Li-Fi, meanwhile, is already partially in place, and a connection could eventually be as simple to initiate as turning on a lamp.

LED along the path

Li-Fi doesn’t just use any old incandescent light bulb. Rather, it utilises LED lights, due to their ability have their intensity modulated at very high speeds. This enables them to transmit data, which can then be picked up by a light detecting receiver.

It’s a similar principle to the infra-red light emitter in your remote control, only much faster and with much more data bandwidth.

In future, this light-detecting technology could be incorporated into our smartphones’ camera arrays.

The other benefit of this is that the LED lights could continue their primary function of illumination whilst transmitting data. The speed of the modulation we’re talking about here ensures that they won’t visibly flicker or flash, but will appear to offer consistent light levels.

Conversely, when no illumination is required, the light can be dimmed to an ultra-low level, and will still be able to transmit data – at least in theory.

A new startup company from Talinn, called Velmenni, recently conducted a practical test of Li-Fi technology in a working office. It attained internet connection speeds of up to 1Gbps – that’s 100 times faster than bog standard Wi-Fi.

Meanwhile, in laboratory conditions, it’s been established that Li-Fi could theoretically reach speeds of up to 224Gbps.

Using light for our wireless data transmissions also has positive security implications. As light doesn’t penetrate through walls, and can be very finely focused, it would be tricky to intercept a Li-Fi data stream simply by lurking outside. 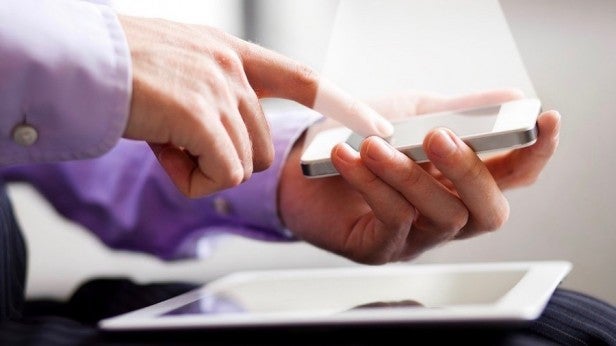 The term Li-Fi was coined by physicist Harald Hass back in 2011.

As a wireless internet connection, it is obviously derived from ‘Wi-Fi.’ But what does Wi-Fi mean?

Many people are under the impression that Wi-Fi stands for ‘Wireless Fidelity.’ In fact, it doesn’t stand for anything, and is simply a catchy name concocted by brand consultancy Interbrand for use in the marketing materials of the then-Wireless Ethernet Compatibility Alliance (now the Wi-Fi Alliance).

The whole Wireless Fidelity misconception stems from the fact that Wi-Fi was meant to invoke the trips-off-the-tongue familiarity as the term ‘Hi-Fi,’ which of course is short for ‘High Fidelity.’

If ‘Wireless Fidelity’ was meaningless, then ‘Light Fidelity’ is even more meaningless, because it involves a further layer of removal from the source.

Alternatively, if you want to use a more instructive name for the technology, then Hass also coined the term ‘Visible Light Communication,’ or VLC. It’s not as good as Li-Fi, we admit, but at least it means something.

Related: Netflix vs Amazon – which streaming service is best 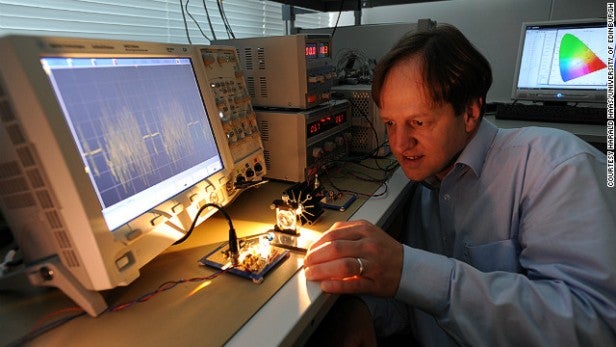 The aforementioned Estonian startup company, Velmanni, believes its Jugnu Li-Fi technology could be ready for consumers within three to four years.

Meanwhile Harald Hass, who first introduced the Li-Fi concept to the public four years ago, believes he can do better. Hass’s pureLiFi group recently announced that it would be partnering with Lucibel to “co-develop and market Europe’s first, fully industrialized LiFi luminaire.”

That means that the first off-the-shelf Li-Fi-ready LED could be available to buy in shops by the third quarter of 2016.

Don’t flog that router just yet

Despite the advantages stated above, Li-Fi isn’t likely to replace Wi-Fi as the go-to connection standard any time soon.

For one thing, there are inherent limitations with the light medium that need to be considered and overcome. For example, you wouldn’t be able to use Li-Fi outdoors with strong natural light, or, presumably, in areas with lots of interfering light sources.

Also, that point we made earlier about light not being able to penetrate walls? That’s great for security, but it’s also a pretty major drawback when it comes to practicality.

It means that a Li-Fi connection can only operate within line-of-sight to the receiving device, which places obvious constraints on its usage compared to the ‘go anywhere in the building’ nature of Wi-Fi.

Then there’s the simple matter of logistics. Even if those aforementioned issues can be countered, and Li-Fi takes off, it would likely be a number of years away from the kind of mass adoption that would render Wi-Fi obsolete.