Everyone knows that Formula 1 is the elite level of motorsport. But in recent years, a young and tech-savvy pretender has appeared on the scene called Formula E.

So what exactly is Formula E, how is it run, and what could it mean for the future of the automobile industry?

Conceived by FIA President Jean Todt, Formula E may appear to be F1 with electrically powered cars, but there’s a lot more to it than that. Formula E cars don’t look entirely dissimilar to the kind of thing that Lewis Hamilton races around Monaco in, but they’re entirely battery driven.

Or, to put it in the Formula E website’s own words, to “demonstrate the potential of sustainable mobility.” 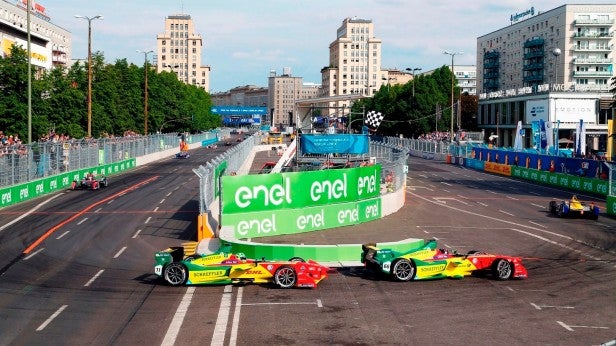 Each of the ten Formula E teams uses the same Williams-made battery for their cars, which is made up of 200kg of lithium ion cells. The maximum amount of energy they are allowed to output is 28kw/h.

These cars are permitted to produce a maximum of 200kw of power in qualifying, which works out to around 270bhp. In the race – or ‘ePrix’ – itself, that allowance drops to 170kw, or around 230bhp. 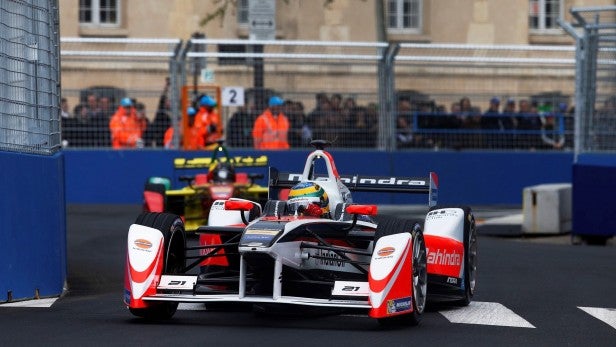 They can also employ FanBoost, which serves to enable full power for a single five second spell in the race. Interestingly, the name FanBoost doesn’t relate to some fancy fan-based technology. Rather, it relates to the fact that the boost is granted artificially to the three most popular drivers, as voted for by the sport’s fans.

Formula E cars can reach a limited top speed of 140mph, and can go from 0-62mph in three seconds.

The main source of differentiation between the cars comes from the drive train. Each team can build their own inverter, motor, and transmission to put that uniform power down onto the road.

Michelin provides the tyres for the cars’ bespoke 18-inch wheels. They provide four new sets per driver per race, plus one front and one rear tyre from the previous race.

As we’ve mentioned, the Formula E championship is contested by ten teams, each with two drivers and four cars.

Each of the ten races spread across a ten-month season lasts around one hour. Rather than a change of tires or batteries, there’s a single pit stop at the half-way point where each driver changes to a completely different car.

In general, the racing format is similar to Formula 1, with practice days, qualification days, and the race day itself. Points are also awarded in the same way, but a couple of interesting embellishments include the awarding of two points for the fastest lap and three points for securing pole position.

Races tend to take place on adapted street circuits and other central city locations, rather than the dedicated tracks of Formula 1. The London Grand Prix, for example, takes place on a specially created track inside Battersea Park. 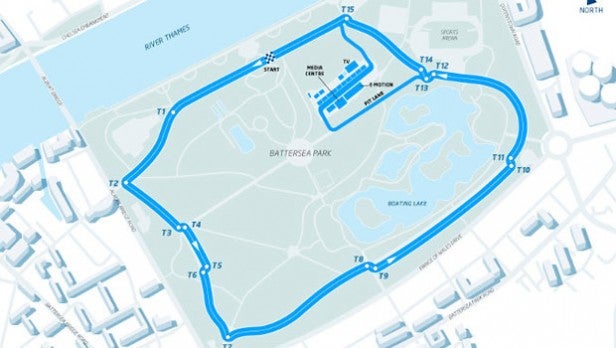 26 drivers took part in the 2015-16 season of Formula E, and many of them were familiar names from the world of F1.

Jacques Villeneuve is another name that will be familiar to motor racing fans, though the former F1 world champion only lasted three races for the Venturi Formula E team before calling it quits.

The third season of Formula E will start in Hong Kong this September. Rule changes will include the increase in battery cell size from 200kg to 230kg. In addition, the amount of regeneration permitted will increase from 100 kW to 150 kW, while the weight of the cars will drop from 888kg to 880kg.

Perhaps most intriguingly, the 2016-17 season will include a support series called Roborace. As the name suggests, this will involve 20 autonomous cars from ten teams racing against each other.

These cars will be mechanically identical, with the only differences coming through the AI code.

Up to now, you’ve been able to follow Formula E on ITV 4 and ITV 4 HD here in the UK, so look there for season three broadcast news.