Force Touch could be the iPhone 6S feature that everyone is talking about. Here’s a breakdown of how it works and how it might persuade you to upgrade to Apple’s next smartphone

It’s widely accepted that the headline feature of the forthcoming iPhone 6S will be Apple’s Force Touch technology.

Apple is well into production of its next smartphone, and numerous sources have stated that the handsets being churned out will include Force Touch technology.

Watch our round-up of the best iOS 9 features

But what exactly is Force Touch? Where have we seen it before? And what specific applications could there be in Apple’s next smartphone, which looks set to be announced on the 9th of September?

What is Force Touch?

Force Touch is the name of Apple’s latest touch-based technology, which measures the pressure applied to a touch-sensitive surface, such as a screen or trackpad. It literally adds a new dimension to traditional touch control.

In practice, Force Touch involves a number of tiny electrodes that sit under a flexible touch surface. These can distinguish between light taps and firmer presses based on the amount that this surface flexes.

It sounds like a fresh idea, and indeed none of Apple’s rivals have managed to implement anything quite like it. However, if it does make its way to the iPhone 6S, it won’t be entirely new.

We’ve already seen Force Touch implemented in two Apple devices, both of which were launched earlier in 2015. 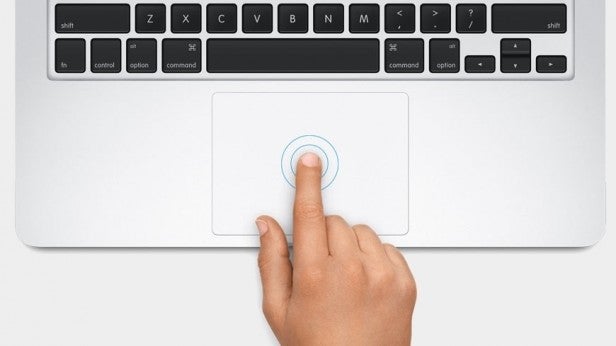 Force Touch and the Apple Watch

The most high profile device to feature Force Touch is the Apple Watch. Apple’s smartwatch has a screen that can measure degrees of pressure.

This is utilised mainly as an extra input mechanism that’s roughly equivalent to a right click on a mouse. Press a little firmer than usual when using an app (such as Messages, Music or Calendar) on the Apple Watch and you’ll usually be presented with extra options for that task.

It’s essentially used as an extra contextual button without the need to actually add for an extra physical button, which is particularly handy in such a compact device. 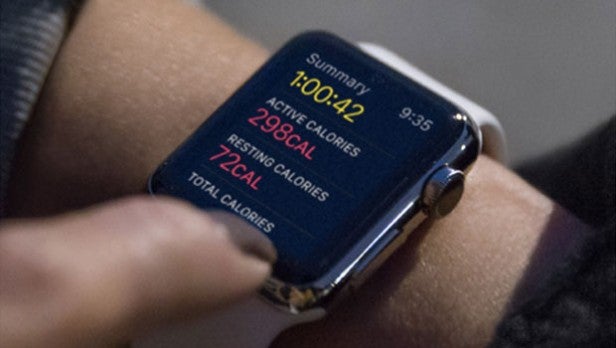 Force Touch and the New MacBook

The reason we hesitate to call Force Touch a screen technology is that it’s also been implemented into the New MacBook (2015) – and not in its 12-inch display, either.

Rather, Force Touch has been applied to the MacBook’s touchpad. Again, an extra-strong push of the trackpad typically brings up additional contextual options. Force clicking on a piece of text will show you instant look-up results, for example.

Apple has also used the MacBook’s Force Touch touchpad in other ways that could find a parallel in the iPhone 6S. Most notably, you can scrub through video at varying speeds depending on how hard you press. 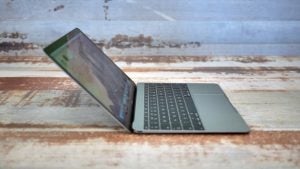 Force Touch and the iPhone 6S

So with these two previous examples firmly in mind, how might Force Touch be implemented into the iPhone 6S?

According to a recent 9to5Mac report, Apple is really going to town with possible uses of the technology. This includes the consistent use of a Force Touch, er, touch to execute “shortcut actions.”

In general usage, Apple will apparently allow you to assign Force Touch commands according to your needs. So, for example, you could Force Touch an app icon to instantly jump to a particular frequently used section of that app.

You might also want to assign a firm press of the screen in the Phone app to access your Voicemail.

As with the latest MacBook, you’ll also be able to preview hyperlinks in Safari with a Force Touch input. Indeed, it seems as if many of the contextual menus that will appear with Force Touch on the iPhone 6S will represent themselves with little pop-up windows rather than by taking over the entire screen.

And yes, the report claims that Apple will permit third party developers to make use of Force Touch commands too. Apple appears to have learned from its mistakes in that area, thank goodness. 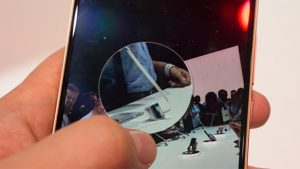 Where Apple goes, other tech companies tend to follow. Except when it’s Apple that’s doing the following, of course.

Huawei is the first company to throw its hat in the ring by announcing the Mate S smartphone with a pressure-sensitive touchscreen. The jury is still out how useful it actually is on the 128GB version of the handset. It only works with specific native apps like the Gallery to zoom into pictures. It can also be used to replace the navigation keys at the bottom of the screen to free up some more screen room. It can also be used to weigh things. Yes, you can simply lay something on top of the screen, like a piece of fruit of example and get a measurement reading.

So who else is looking into force-sensing touch technology? Pretty much every major smartphone manufacturer, we should imagine, but one notable confirmation relates to Samsung.

As far back as February 2014, Apple’s great rival received a patent for force-sensing technology. Samsung’s solution doesn’t require a separate force-sensitive sensor, but rather implements a force-sensing processor into the display itself.

What we don’t known is when and even if Samsung will implement such technology into any of its devices. The Samsung Galaxy S7, perhaps?