A company called Faraday Future made quite a splash when it announced an exciting new electric sports car concept that resembled the Batmobile.

So what exactly is Faraday Future, and why should we give its FFZERO1 concept any more attention than the next piece of sci-fi concept art? Let’s take a look. 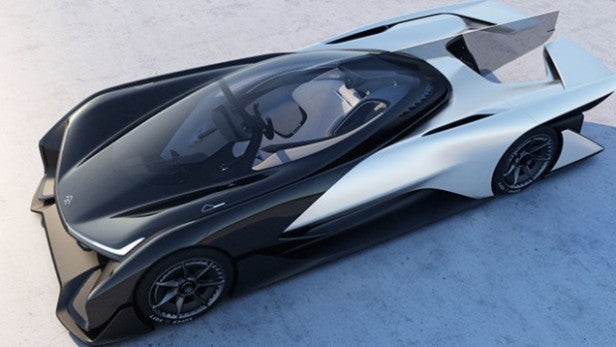 Faraday Future is a secretive startup electric car company that aims to create and launch a next-generation luxury electric car by 2017. It unveiled a sleek concept car, the FFZERO1, at CES 2016 this week, but this is unlikely to be the company’s first production vehicle.

While not much is known about Faraday Future (which is one of the reasons for all the excitement), everything we do know points to a company that has everything in place to be a major player in the forthcoming electric and automated car revolution.

Here’s what we know.

Faraday Future was founded in 2014. Any information on the company has been notoriously hard to come by, and it has no publicly-named CEO.

The company operates out of a former Nissan research building in California, but recently announced plans to build a $1 billion manufacturing facility in Las Vegas.

As that suggests, Faraday Future is very well funded indeed, which is one of the key reasons to be interested in its work. The source of that funding only became apparent relatively recently, when it emerged that it was being backed by Chinese internet billionaire Jia Yueting.

Besides the aforementioned new factory, Faraday Future has attracted some of the top talent in the US tech and automotive industries to work for it. These include the head designer of the BMW i8, a battery specialist who worked at SpaceX, and a former Ferrari designer. It also counts among its number some former staff of Volvo, GM, Facebook, and Google, among others. 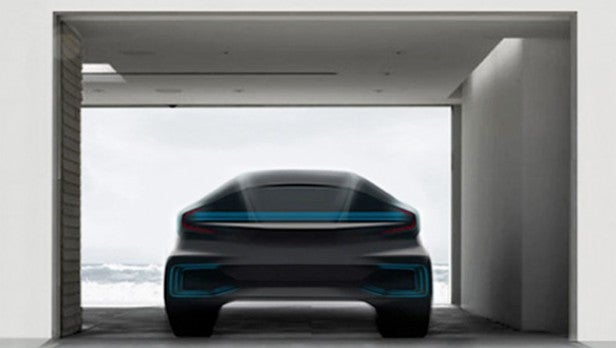 Yes indeed. In fact, Faraday Future seems to be setting itself up in direct competition to Elon Musk’s luxury electric car company.

It even has the whole ‘electricity-pioneer-in-the-title’ thing going on – British scientist Michael Faraday established the concept of the electromagnetic field in the 19th century.

The similarities are more than name and concept-deep, however. Faraday Future’s Senior Vice President of R&D and Engineering is listed as being Nick Sampson, a former chassis engineer at Tesla.

Meanwhile, back in July, Faraday Future explicitly made the claim that its first car would run on a battery that’s 15 percent more powerful than the Tesla Model S‘s 85 kW-hr unit.

Make no mistake, Tesla is in Faraday Future’s sights.

Of course, while Tesla has already launched several luxury electric car models, Faraday Future has nothing to show as yet. However, as we’ve already mentioned, it unveiled an ambitious concept it calls FFZERO1 at CES 2016.

FFZERO1 is a sleek, futuristic, single-seater sports car that resembles something from the Batman mythology. However, this outlandish chassis is said to sit on a very real modular electric platform called the Variable Platform Architecture.

In this guise the powertrain utilises a separate electric motor for each wheel. It is apparently capable of producing a staggering 1,000 horsepower, driving the car from 0-60mph in less than three seconds, and to a top speed of over 200 miles per hour.

Faraday Future says that all of its future cars will run on different configurations of this VPA. Two and four wheel drive can be adopted as needed, and its batteries come in ‘strings,’ which can be more easily and quickly replaced than chunky single units, and can be customised according to the size and power of the vehicle.

In addition to this platform, the FFZERO1 concept features an augmented reality (AR) display that projects onto the windscreen, and an aircraft-like steering wheel that can mount a smartphone for further control options. In fact, Faraday Future reckons that this latter feature would “enable the smartphone to serve as the interface between the vehicle and the driver,” suggesting it would essentially become the car’s dashboard.

Faraday Future says that The FFZERO1 “could be autonomous,” thanks to a number of pre-fitted sensors, and that it could even meet its owner at the track. This is a necessary nod to the automated car revolution that should (all being well) only be a year away by the time the first Faraday Future car hits the market. 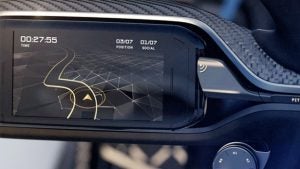 Faraday Future has already been labeled as ‘the Apple of cars’ in some sectors, presumably thanks to its secretive nature, disruptive ambitions, and considerable funding.

An extra link appeared to present itself back in November, when a New York Post article speculated that Faraday Future may in fact be a front for Apple’s automated car ambitions.

That suggestion has since been rubbished by news of Jia Yueting’s involvement, however. Whatever Faraway Future is doing, it doesn’t appear to be making the Apple Car.

But with the level of talent and resources behind it, Faraday Future’s first product could be just as exciting.

Are you excited by the prospect of Faraday Future? Let us know in the comments section below