What is CyanogenMod all about?

CyanogenMod is a custom version of the Android operating system. It’s here to offer a ‘better’ version than Google can provide, with more features and more control for the hardcore user.

It may sound a lot like one of those custom interfaces you get with phones like the Samsung Galaxy S6. But with CyanogenMod there’s no performance-denting, memory-sapping bloat, and it’s pretty easy to get the look and feel of a standard Android phone if that is what you’re after.

With CyanogenMod OS 12 now hitting compatible handsets around the globe, and with the news that Microsoft might be preinstalling its apps on future iterations, it’s clearly a pretty hot topic right now.

Who makes CyanogenMod and how long has it been around?

The first version of CyanogenMod was produced not all that long after the very first Android phone was released. In the UK that mobile was known as the T-Mobile G1, which went on sale back in 2008.

An exploit was found that let people fiddle with the phone’s insides, and shortly afterwards developer Steve Kondik started working on his own tweaked version of Android. And the first version of CyanogenMod was born. He caught the eye of Samsung and joined the company asa software engineer in 2011.

But that’s not the end of Steve’s story with CyanogenMod. As well as continuing to oversee Cyanogen while at Samsung, Kondik left the tech giant in March 2013.

With the help of hindsight, we know why.

In September 2013, Kondik raised $7 million in venture capital funds to ‘go legit’ with CyanogenMod, with the aim of turning it from a nerdy internet mod to something that could be used in commercial products. It raised another 23 million dollars in December 2013, and Chinese leviathan of tech Tencent was one of the core backers.

What phones have CyanogenMod?

Phones that use CyanogenMod natively have already started appearing, and unsurprisingly they come from Chinese companies. Companies like Samsung, HTC and LG are unlikely to adopt CyanogenMod any time soon. 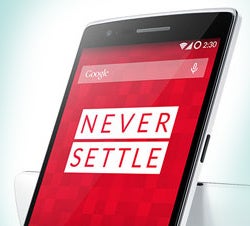 Probably the most high-profile phone to get CyanogenMod is the OnePlus One. It’s a phone that sells for as little as £269 but offers specs similar to those of phones costing a good deal more. You just won’t find it on the shelves of any shop in the UK. While CyanogenMod is getting a bit more mainstream, it’s still here to appeal to the more investigative, more intense Android phone user.

Another, older phone that shipped with CyanogenMod preinstalled was the Oppo N1, a phone with an unusual swivel camera. Although not widely known, Oppo owns OnePlus, and the relationship between Oppo, OnePlus, and Cyanogen used to be very much a love-in of plucky underdogs.

That relationship has soured a little in recent times, largely thanks to Cyanogen signing a deal with Indian manufacturer Micromax to feature the OS exclusively in the latter’s home country. This locked out the OnePlus One from launching in an emerging and lucrative territory.

This has led to OnePlus developing and releasing its own custom OS, OxygenOS, in recent weeks – although Cyanogen 12 OS also made its way to the OnePlus One mere days later.

Other Cyanogen phones like the Alcatel Onetouch Hero 2+ and the Yu Yureka aren’t available to buy in the UK.

How do I get CyanogenMod?

If you want to install CyanogenMod on your own phone, you still need a few nerd chops. The steps you need to go through vary between devices, but CyanogenMod has done its best to make the process as simple as possible.

This is one of the benefits of the company having developed on from an indie project roots, where installation instructions generally assume you understand 60 per cent of the techy lingo before you’ve even started.

By going to http://get.cm on your phone, you’ll download a ‘one click’ CyanogenMod installer that will take you through the process. You’ll also need a PC-based installer app available from CyanogenMod, as the process requires a fair bit more than just a simple app install.

SEE ALSO: OnePlus One Oxygen OS update: Key features to look out for 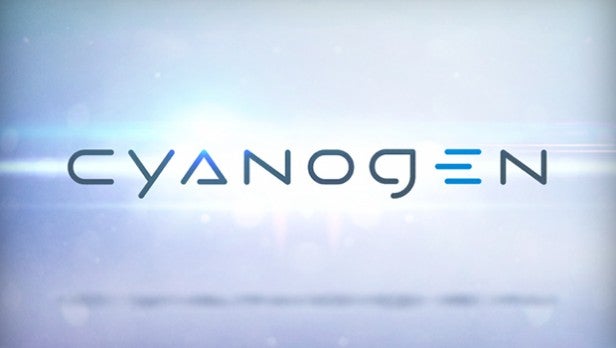 But should you bother? Installing a custom version of Android on your phone will almost certainly void its warranty, so it’s worth thinking about. Not terrified by the prospect? Here are some things you can do with the latest version of CyanogenMod, version 12, as recently released for the OnePlus One.

5 things you can do with CyanogenMod 12

Apply system-wide themes
One of the neatest features of CyanogenMod 12 is the theme installer. It’s dead accessible, and lets you thoroughly reskin your phone with just about zero effort. What’s better than customising your phone yourself? Getting someone else to the leg work for you, of course.

CyanogenMod 12 themes alter fonts, lock screen styles, app icons and even notification and alarm sounds. They effectively give your phone a complete reskin, without any of the residual wonkiness you often get with custom home launchers you can run on any Android phone.

Of course, this has become less of a big deal since the likes of  HTC and Samsung jumped on the theming bandwagon. But do either of those companies allow you to theme individual apps? That’s precisely what you can do with CyanogenMod 12’s App Themer.

Get a taste of Lollipop
Yes, CyanogenMod is all about the customisation potential, but it’s also a neat way to get a stock Android experience on the majority of Android phones that don’t have it yet.

Even if your phone does have Lollipop, CyanogenMod is also a great way of getting a purer Lollipop experience. It’s got a nice clean Lollipop-like appearance as standard, which is more than can be said for the custom efforts of most major manufacturers.

You also get handy Android 5.0 additions like those improved notifications and multi-user support.

Custom profiles
CyanogenMod lets you set a whole bunch of different profiles that alter the behaviour of your phone. These profiles save settings for things like Bluetooth, mobile data and Wi-Fi, giving you pretty good control over how much juice your phone uses throughout the day. You can also tweak how notifications come through for SMS, emails and so on.

You can even make them trigger when your phone is docked with an NFC tag, or when it connects to a certain Wi-Fi network. It’s up to you to put in the initial legwork of dictating how these work, but they should prove extremely useful. You switch profiles manually from the power-off menu, just as you would when switching to aeroplane mode. 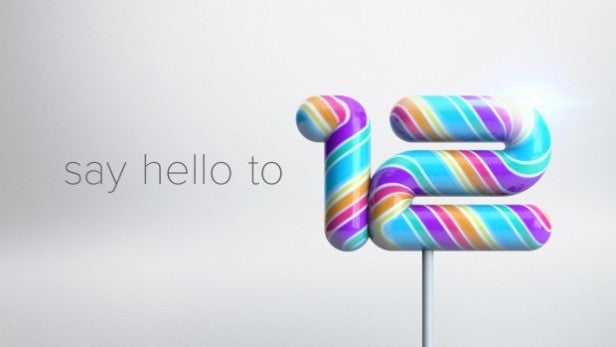 Tweak the screen calibration
CyanogenMod has long let you tweak the look of your screen, fiddling with things like contrast and colour saturation. It comes in very useful if you find your phone’s normal colours a bit oversaturated, or a little dull-looking.

Advanced gestures
Many phones have little extra gestures these days, but with the latest version of CyanogenMod you get ones that don’t even require the screen to be on in order to register. We imagine this won’t be suitable for all phones, but it works well on the OnePlus One.

Draw a circle on the phone’s screen while it’s in standby and the camera will launch. When music is playing, a two-fingered vertical swipe will play/pause the audio, and left/right arrows drawn will switch tracks. The most unusual, though, is that drawing a V will turn the LED torch on. And there was us wondering why the flash kept on turning on in-pocket. You can turn these off if you’re not a gestures fan.

Are there downsides to CyanogenMod?

These extras only scratch at the surface of CyanogenMod – there’s loads more to discover too. But is there a reason not to try the software?

The main issue is the problem of knocking out your phone’s warranty. However, there’s also the question of future updates. Historically, CyanogenMod has been great at providing up-to-date versions of Android to act as the base of the software, but it has decided to take its time over Android 5.0 Lollipop.

Needing to deliver a decent-quality experience from day one is the burden of a ‘proper’ company, and that is what Cyanogen Inc. is these days. “We could spend the next 3 weeks working on integrating CM features against this new platform, and then have it suddenly change dramatically and break in the final release of “L”. This would boil down to a waste of time,” said a member of the CyanogenMod team on its official blog of the protracted wait for CyanogenMod 12.

CyanogenMod also lacks some features found in other custom versions of Android. Most notably, you don’t get the extreme power-saving modes seen in phones like the Galaxy S6.

Also, not everyone will take kindly to the aforementioned news that Cyanogen is to pre-install Microsoft apps with future versions. The likes of Skype, OneDrive, OneNote, Outlook, Bing, and Microsoft Office will be appearing thanks to a “strategic partnership,” which will probably turn the stomach of many that were attracted to this independent champion of the small, open source, and modified.

Should all of this be enough to put you off? We wouldn’t recommend diving in with CyanogenMod on your brand new contract phone. But for playing around with on an older device? Absolutely, dip in – the water’s warm.