Apple’s new watchOS 2 is now available for the Apple Watch. Of the list of new features the OS has to offer, improved third-party app support for Complications stands out. But what is a “complication”, and which Apple Watch apps are going to use it? We take a closer look.

Whether you’re an early adopter, or trying to decide whether to make the Apple Watch your next purchase, Apple’s latest watchOS update is a big deal. As well as addressing bugs with the first version of the operating system, this next version will also add some interesting new features to give the Watch more wrist appeal.

One of our biggest criticisms when we reviewed the rival to the Gear S2 and Moto 360 2 was the disappointing support for third-party apps, especially compared to Apple’s own native offerings. Hopefully this is set to change, with watchOS 2 introducing improved Complications support. 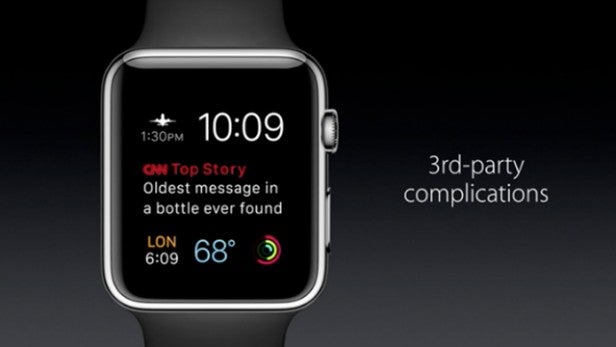 What is an Apple Watch “complication”?

If you own an Apple Watch already, you’ll be familiar with the idea of Complications. They’re essentially small pockets of information you add to your watch faces. These could be the weather, Activity updates or calendar appointments. Prior to watchOS 2, these Complications were powered from your iPhone, but that’s going to change.

Now those small “widgets” of information are more actionable, pulling in relevant data to your current location or at a particular time of the day. With the addition of more customisable watch faces, it will be possible to place the information you really need upfront.


The big news, however, is that complication support has now been extended to include third-party apps. Choose from the 10,000 plus apps on the Apple App Store and it’ll support multiple Complications at once.


But wait – it gets better. Now you can even time travel. Well, not in the Back to the Future sense. With the Time Travel feature you can rotate the Digital Crown to view information from your Complications for today or tomorrow – or you can even head back to yesterday. This could be to find out about appointments, if it’s going to rain later, or whether or not you have any pressing business to take care of. 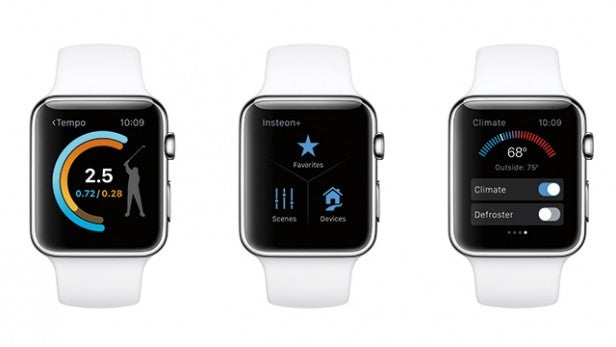 Which Apple Watch apps will include Complication support?

Now that watchOS 2 is officially available, developers have begun to set their updated apps live. We fully anticipate that a whole host of Watch apps will take advantage of this added support for Complications.

We’ve picked out a few of the most interesting, which will provide useful info at the glance of your wrist, rather than having to reach for your iPhone.

The stargazing app has gone native for the Apple Watch, adding a host of new features. Apple smartwatch owners now have the ability to use the Digital Crown to scroll through your current location up above. Complications support comes in two forms: you can now view info on the next best stargazing time and find out when the ISS (International Space Station) will next be flying over us. 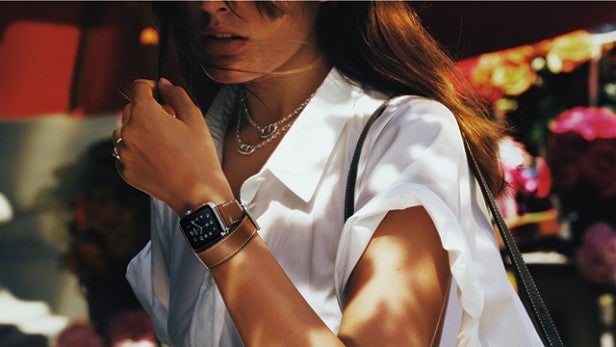 Prior to watchOS 2, it was possible to determine at a glance whether it was a “shorts” day or one for a brolly. As well as turning into a full native app, the Weather Channel Watch app now adds new animations and hourly forecasts.

With added Complications support you now have access to info regarding the percentage chance of rainfall expected for your location, and you can use Time Travel to look ahead 48 hours in order to plan accordingly.

If the Weather Channel isn’t the app for you, then Dark Sky is worth a look. Complications can be added to display the current temperature, but also when rain is likely to stop and start. If you’ve set up a custom weather alert – to check on the UV, for example – these show up too.

Even though Apple Maps now includes transit directions, Citymapper is still our go-to app for traversing city streets. Thankfully, it’s now much faster since it’s a native watchOS app. No more waiting an age for the nearest bus stop to pop up. There’s Complications support too, so you can build the app right into your watch face.

This was the demo app for
Complications at Apple’s September launch event. Medical service AirStrip showed how you can use Time Travel to skip through a list of patients
during the day, and then send a message to one of the medical team
looking after the patient to issue a certain type of care.

Have you found any awesome apps that use Complications in WatchOS 2? Let us know in the comments section below