They might not be Back to the Future hoverboards, but electric self-balancing boards are one of the must have presents this Christmas. Here’s everything you need to know before you splash that cash.

Back to the Future Part II predicted that we’d all be riding hoverboards by 2015. It turns out the popular ’80s film was right! Sort of.

The real life ‘hoverboard’ in question isn’t quite the gravity-defying wonder that got Marty McFly out of (and into) scrapes across time. It doesn’t so much hover as roll, with a pair of wheels and a far more accurate alternative title of ‘self-balancing scooter’.

Despite their more grounded nature, however, there are still a fair few health and safety and logistical issues with these hoverboards.

If you’re thinking of buying one for someone (or yourself) this Christmas – and something tells us that plenty of people will be – then do yourselves a favour and follow our guidelines on hoverboard usage.

So stay that mouse-clicking finger a second. Amazon will still be there tomorrow. First, let’s consider what we’re talking about when we talk about ‘hoverboards’.

Related: Flying a drone: everything you need to know 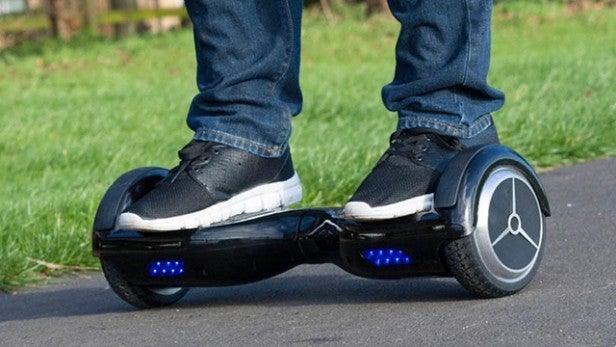 The basics: What is a hoverboard?

As we mentioned in the intro, these real-life hoverboards don’t actually hover at all. Rather, they’re two-wheeled self-balancing platforms. They scoot along at 90 degrees to the normal orientations of a skateboard, so the rider is aligned facing forward.

Each electrically-powered hoverboard is stabilised by a gyro, and will move forward or backwards when you lean slightly in that direction. Steering is a matter of leaning further forward on one foot.

To put it another way, the modern hoverboard is an ultra-compact, handle-free version of those Segways that seem to plague many a modern major city.

Major brands: Which hoverboard to buy?

There have been numerous reports of cheap, dodgy hoverboards that have a nasty habit of exploding, causing major injury to the rider, or simply not working.

To that end, our first piece of advice is to buy an established brand of this new means of transport. We’ll provide some safe examples at the end of this piece, but some top brands include AirWheel, Hovertrax, PhunkeeDuck, Ninebot, Swagway, and IO Hawk.

There are loads of hoverboard models out there,
and you should be looking at spending around £400 for a decent model,
given our initial piece of advice about not skimping.

Having said
that, demand is strong right now, so you might have some difficulty
obtaining one before the New Year. Be wary of retailers charging
inflated amounts for the stock they do have in, too.

The RED5 is a
popular hoverboard model here in the UK, offering a generous 130kg
weight limit, speeds of up to 10mph (neither the fastest nor the
slowest), and a range of 12 to 15 miles in a slightly hefty 12.8kg
package.

Another hoverboard commonly sold in the UK via Amazon
and eBay (though seemingly sold out at the time of writing) is the
MonoRover R2. It’s another £400-or-so example, with a 100kg limit, 8mph
top speed, and a 9 to 12 mile limit. It’s a fair bit lighter than the
RED5 at 10.8kg.

Moving up the scale a little there’s the AirBoard
Sport. This example from one of the leading hoverboard brands is a
little pricier at £550, but it gets you a sporty and rugged design,
10mph top speed, 12 to 16 mile range, and a super-light 9.8kg weight.

At
the other end of the scale we have the Swagway, which is considerably
more affordable than the others on this list at £319 – if you can get a
hold of one that is. For that you get a slightly slower 6mph top speed, a
maximum load of 100kg, a 12 to 15 mile range, and a 10kg weight. 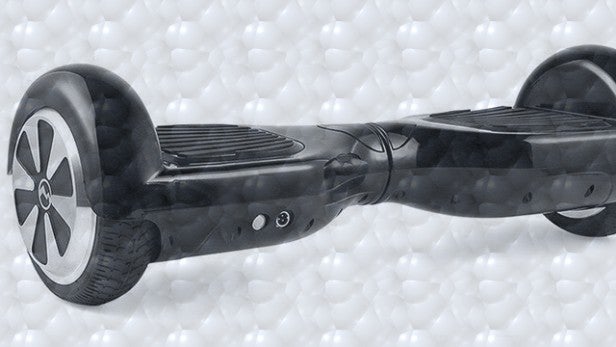 The most common size for a hoverboard is around 7-inches, which refers to the total height of their wheels. These are typically best suited to very flat surfaces, and don’t take kindly to even slight kerbs or bumps.

You might also see 10-inch variants on the market, which are better suited to offroad (or more likely back garden) usage.

Size also matters when it comes to the rider. Most 7-inch models have a weight limit of around 100kg (or 15 stone 7 pounds in old UK terminology), so if you’re any heavier than that or have any grand plans to literally sweep someone off their feet on one (you old romantic you), you might want to think again.

If you’re the kind of couch potato who dreams of cutting out walking altogether by means of a hoverboard, you probably need to wake up. The simple fact is that hoverboards can be hazardous to ride if you’re out of shape.

The requirement of holding your weight slightly forward in a standing position to propel a hoverboard forwards requires a certain amount of core strength from the rider.

As emergency physician Robert Glatter told USA Today: “If you have a weak core or weak set of abdominal muscles, there is an increased risk of falling forward or backward, which can cause elbow fractures, ankle injuries, wrist fractures and there is a risk for traumatic brain injury or concussion.”

Better work on those abs if your New Year’s resolution is to give up walking, while you might also want to reconsider buying that sweet PhunkeeDuck for Grandma or little Timmy.

It might seem like assisted walking, then, but the advice has to be to wear protective clothing if you’re planning on buying a hoverboard – no matter how physically capable you are.

We’re talking a helmet (you’re only ever a slight miscalculation away from a face-plant on one of these) and ample padding around the joints of your limbs – so elbows, knees, and wrists.

Remember that you can also quite easily fall off backwards onto your backside, so protection for your lower back or tailbone is also an idea. 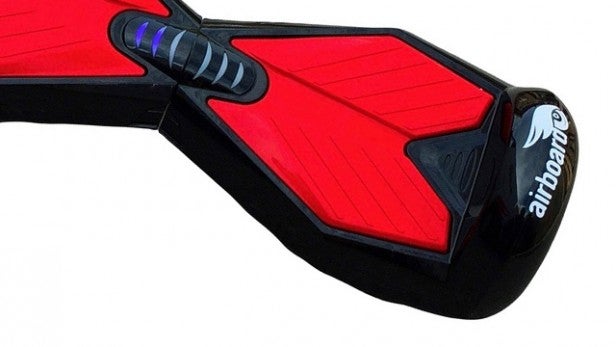 The letter of the law: Are hoverboard and two wheel scooters legal?

So the next important thing to consider is how roadworthy these hoverboards are, and where you can ride them.

It’s bad news for potential hoverboard riders, at least here in the UK. Over here, the UK government doesn’t allow you to ride your hoverboard on public roads or pavements.

“Vehicles must be approved via ECWVTA or MSVA in order to be licensed and registered,” reads the UK government’s advice on the matter. “Self-balancing scooters would not currently meet the requirements of these schemes so are not legal for road use.”

In the US, things are a little less straight-forward. New York has banned the use of hoverboards on public streets, for example, but California allows them in designated cycling areas. 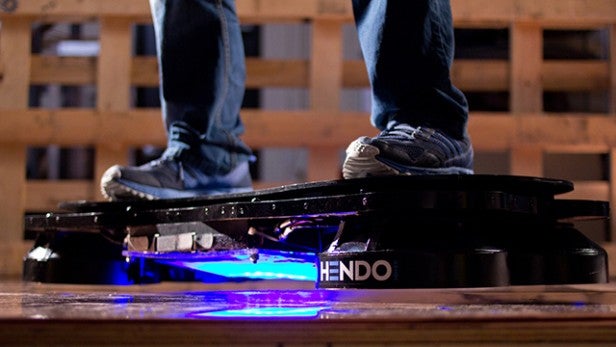 What you can do legally?

As you’ve probably gathered, this doesn’t leave an awful lot of places where you can use your new hoverboard. The government has this to say on the matter:

“You can only ride an unregistered self-balancing scooter on land which is private property and with the landowner’s permission.”

For most people this will mean the limited confines of private homes and driveways. If you opt for a larger model, you could extend that to the garden.

Thinking about picking up a hoverboard this Christmas? Let us know in the comments below