Many of the biggest tech companies are busy building bots, most notably Microsoft and Facebook. So what exactly are bots?

Bots are all the rage in 2016, with Microsoft and Facebook recently revealing bold plans in the field.

But just what is that field, exactly? The following answer has been compiled by humans.

Bots are taking over

A bot, in the modern context, is a piece of software that can execute a digital task that would traditionally require human interaction.

We’re not talking about mere automation here. Rather, bots are typically designed to mimic or simulate human behaviour, engaging in realistic conversations or providing information in a naturalistic, context-sensitive fashion. 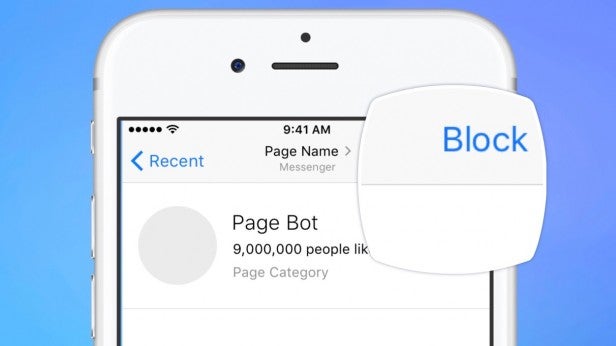 You’ll often see the term ‘chatbot’ used, which refers to those bots that have been designed to be able to engage in back and forth communications with real humans. If a chatbot has been successful, you’ll never know (or at least care) that you weren’t ‘talking’ to a real human.

Bots are actually nothing new. Most notably, Twitter has had bots for years in the form of Twitterbots that can send automated responses and retweets, or automatically follow users.

Bots can also be found working in chat apps like Slack and Kik.

But the fresh attention of two of the world’s biggest tech companies, along with recent massive advances in AI, means that bots are now firmly in the limelight like never before. 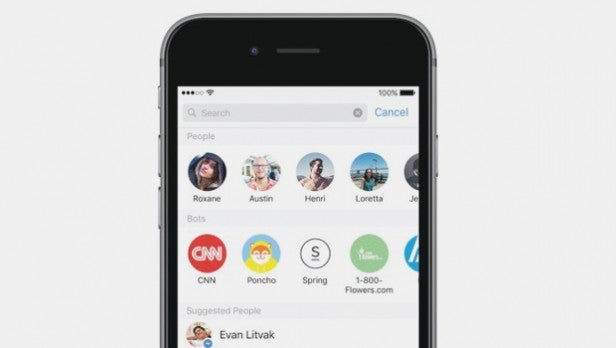 Google doesn’t seem to have much of a bot presence right now (though you can bet it has something big planned, possibly relating to Google Now), but its pioneering work in AI shows why bots are now ready for the limelight.

Its UK-based DeepMind AI team recently made the news with its AlphaGo program, which astonished the world by beating one of the world’s best Go players, Lee Seedol, at his own game.

In order to do so, DeepMind had to build an AI system that could assess the moves of its human counterpart and formulate an appropriate response. Despite the huge number of permutations offered by the ancient Chinese boardgame, AlphaGo was able to triumph 4-1.

This wasn’t mere number crunching at play – this was AI approximating human thinking under very specific parameters. From a certain perspective, this is essentially what bots need to do, only with complex language rather than endless moves on a game grid.

Related: What is Google DeepMind? 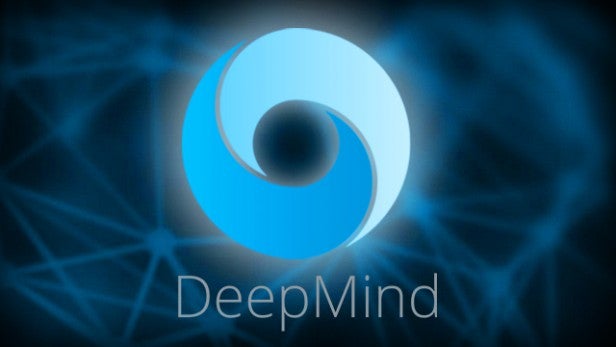 What this proves is that we’re entering a time when AI programs are ready and able to interact convincingly with humans, and bots will be one of many ways in which this newfound expertise will be harnessed.

Bots might be subservient to apps right now, essentially living within and enhancing them, but that might not always be the case.

Part of that is down to widely perceived dissatisfaction with the way apps operate. After a bold start back in 2008 with the launch of Apple’s App Store, it has emerged that most people only use a small handful of apps on a consistent basis.

According to a comScore report from September 2015, the average American smartphone user only uses three apps for 80 percent of the time.

It seems obvious now, but people simply don’t have the time or inclination to juggle dozens of separate interfaces and accounts – particularly when the tasks they achieve are often relatively simple and repetitive.

Bots seem one likely way to simplify such a convoluted set-up.

Opinion varies on whether these bots will eventually replace apps altogether as our primary means of getting things done online, or whether they’ll continue to complement the app experience. The case for bots being the new apps is a compelling one, though.

Why boot up a takeaway app and click through multiple options to secure your order; open a media app to select, purchase, and download a film; and open a another app to check the weather when you can simply have a series of intelligent bots working to bring you the relevant information in a single location?

Of course, right now that single location would need to be an app, and a couple of the world’s leading tech companies want to play host.

Facebook recently announced the launch of the Messenger Platform which, among other things, allows developers to create and use bots within Messenger. The company’s messaging service has grown to be massive in recent years, and is pretty much its own concern separate from the social network.

As for the new bot integration, Facebook explains it like this: “Bots can provide anything from automated subscription content like weather and traffic updates, to customised communications like receipts, shipping notifications, and live automated messages all by interacting directly with the people who want to get them.” 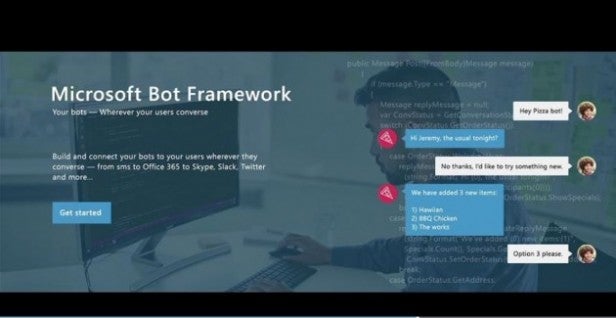 It will be of particular use in the retail sector. For example, the 1-800 bot will enable you to order flowers through a natural back-and-forth on Messenger. Mobile shopping app Spring, meanwhile, has produced a personal shopper app that will be able to make recommendations by asking you questions about yourself.

Away from shopping, CNN has a bot that will send you news updates, personalising its output based on natural chat conversations.

Just a couple of weeks before Facebook rolled out its bot platform, Microsoft was announcing its own chatbots at its annual Build conference.

The Microsoft Bot Framework enables developers to build bots that work with Cortana inside Skype. These bots could let you book hotels, order food, manage your calendar and more. Tell Cortana that you’re attending an event, and it could reach out to a local hotel’s chatbot to proceed with booking a room.

Like Facebook, Microsoft is essentially enabling companies to create AI-driven customer service systems to help you with simple tasks, but it has other interesting applications.

One lightweight but interesting demonstration of the scope of Microsoft’s bot ambitions is CaptionBot, which shows how the company’s Vision and Bing Search APIs can work with the Bot Framework. It can take any image you like and assign a coherent and accurate description of it using natural language. If CaptionBot realises that you’ve taken a selfie, it might even inform your of which celebrity you resemble. 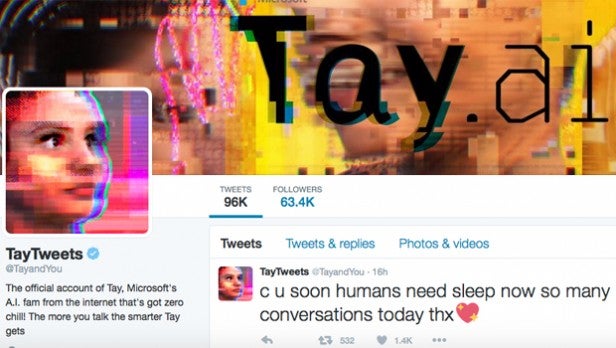 Of course, it’s early days for bots, and there are plenty of potential pitfalls to overcome.

Take our last example, Microsoft. The company recently made the news for the way its experimental Tay chatbot went badly awry.

This teen-focused Twitter bot was intended to mimic the behaviour and tone of a teenage girl, and to learn and adapt its output according to other tweeters.

Thanks to the input of some mischievous users, Tay was essentially turned into a racist, misogynist, foul-mouthed imbecile. Microsoft duly took its errant AI offline and issued a sheepish apology.

The wayward Tay chatbot may have merely offended a few sensitive or unwitting people, but it raised questions about the readiness of bot technology to be employed in more exactly fields. When business reputations and financial security are on the line, can they afford to hand over their operations to a rudimentary AI program?

Beyond the matter of the technology itself, there’s the question of whether humans will take to their new AI servants. Would you be comfortable discussing financial matters with a program, even if it’s just to pay for a pizza? Are you happy giving over personal details to a faceless machine?

There’s also the likely adverse effect on employment. The rise of the bots will inevitably mean a reduced reliance on call centres and support staff, which means millions of jobs will be at risk – particularly in developing countries.

One thing’s for sure – while bots appear to have a future, their implementation right now seems fairly rudimentary, and it seems easy to overstate their capabilities. You can expect most bots to continue handing off to human operators for the really advanced stuff. Bots can’t yet engage in protracted, complex conversations, which means they won’t be replacing call centres just yet.

The scary thing to ponder is, when they do, will we even know?