TrustedReviews’ man in America Chris Smith once again weighs in on why there’s hope for 4K Blu-ray, Netflix’s reported plans to bring Jeremy Clarkson on board, Rdio’s big bet and Fitbit’s latest woes.

Ultra HD Blu-ray dead on arrival? Not so fast
There were numerous groans this week, when the Blu-ray Disc Association confirmed the standards for the forthcoming Ultra HD discs. It seems the format has already been condemned as a lame duck due to the ever-ebbing desire for physical media and Blu-ray’s continuing irrelevance.

While it seems like a logical argument, don’t go writing UHD-BD’s obituary just yet.

Remember, we still have one hell of a long way to go before Ultra HD (or 4K, whatever you want to call it) can be a truly viable digital format. Prohibitive broadband speeds, off-the-charts data consumption and the quality/efficiency of the video encoding are still major obstacles.

Most Internet Service Providers who don’t already enforce data caps do have ‘fair usage policies.’ Users may not get too much earache now, but just wait until viewers are chewing up over a terabyte of data per month by streaming and downloading Ultra HD movies.

Netflix’s 1080p streaming sucks down 3GB of data per hour. Imagine how that’s going to spiral at four times the resolution? The company’s CEO Reed Hastings says viewers streaming House of Cards in 4K are consuming anywhere between 75GB (using the latest H.265 codec) and 200GB per series.

That’s just not going to fly with ISPs on a mass scale. The result will be hugely inflated, prohibitively priced monthly tariffs and an unwanted return of the Net Neutrality debate. Unless you have a very understanding ISP, or a limitless budget, there’ll be no 4K binge-watching for you, sorry, mate. 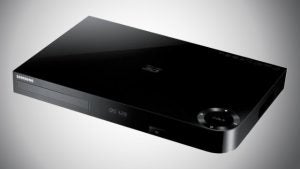 If you’d actually prefer to download the 100GB of video that can be packed onto a new Ultra HD disc in order to avoid repeat streaming, PS4 and Xbox One users will tell you that you’d better start that morning or the night before. There goes the convenience element that’s proved such a big part of streaming’s rise.

Oh and have you thought about where you’re going to store your Ultra HD downloads collection? Are you ready to buy a 10TB hard drive?

These are all quandaries that can be answered by just buying the disc and popping it in a player. As there are far fewer hurdles to overcome, Ultra HD Blu-ray could actually be the more convenient format than 4K digital, at least for the foreseeable future.

While the format might never reach the heights of DVD, or perhaps even the relatively mainstream status of its 1080p forefather, Ultra HD Blu-ray has the chance to become a real enthusiasts’ format. It can be something that enables collectors to watch their favourites at the ultimate quality without worrying about data consumption, download waits or stream buffering that’ll doubtless blight the new resolution for years.

Just one thought: how long do you think it’ll be before Sony starts fitting PS4s with Ultra HD Blu-ray players? Could PlayStation aid the format in the way it spearheaded DVD and helped Blu-ray win the HD disc war?

Netflix would be stupid to throw antiquated Clarkson a bone
Is there a tech company with a more favourable reputation than Netflix? I don’t think so. The pioneering streaming service can really do no wrong in the eyes of its adoring millennials.

House of Cards and Orange is the New Black are absolutely beloved – despite the latter being a terrible collection of outdated racial stereotypes wrapped up in prison jumpsuits – while the company has delighted fans by resurrecting cult classics such as Arrested Development and Trailer Park Boys. It has also brought “binge viewing” into the common vernacular thanks to shows such as Breaking Bad, and changed the way we enjoy telly. For the better, in my view.

In short, everyone thinks Netflix’s poop smells like a lovely roast dinner with all the trimmings.

It also has a hip and trendy social media presence with its finger on the pop culture pulse, which makes reports suggesting the firm is plotting an alliance with Jeremy Clarkson all the more surprising.

Netflix seems to be interested in reuniting the axed Top Gear host with disciples Hammond and May for a ‘House of Cars’ original show (geddit?). While the imbeciles who signed that ludicrous petition to get him reinstated would love it, practically no one else would. As such, Netflix should avoid him at all costs.

With numerous accusations of racism, bullying, misogyny, chauvinism, homophobia and general class bigotry in his past, Netflix’s adoring young public, many of whom have liberal-leaning political views, might be forced to reconsider their love affair with Netflix, should it throw Clarkson a bone. I’d go as far as to say there’d be calls for mass boycotts.

Netflix has come a long way and unquestionably represents the forward-thinking, innovative, cutting-edge future of television. It has worked hard to cultivate a flawless reputation in the eyes of the public.

Clarkson, meanwhile, represents the past. He belongs in the wilderness with other relics like Ron Atkinson, Jim Davidson and Richard Keys. Let sleeping dogs lie, Netflix. Don’t undo all of your good work.

Fitbit lawsuit could give the company sleepless nights
If wearable tech heavyweight Fitbit thought the perennial skin-irritation issues were its only problem, this week had some sobering news. A class action lawsuit filed against the company cites a study claiming the trackers over-estimate sleep by an average of 67 minutes per night.

Fitbit has hit back at the ‘meritless’ lawsuit and vowed to ‘vigorously defend’ its technology. So it should. The suit, like most filed against US tech companies, seems very opportunistic.

However, the writ is food for thought for wearable enthusiasts. Isn’t it amazing how quickly we’ve come to trust these ‘connected self’ devices? Their companion apps are dishing out tips, medical advice and lifestyle tips and we can’t get enough, desperate for a better night’s sleep, a slimmer waistline or a better body.

We treat wearables like they’re precise, scientific medical devices to be trusted with our lives, yet the companies who peddle them repeatedly warn us they’re not. What if theses miraculous and cheap little devices packed with inexpensive movement sensors are actually feeding us with incorrect data? 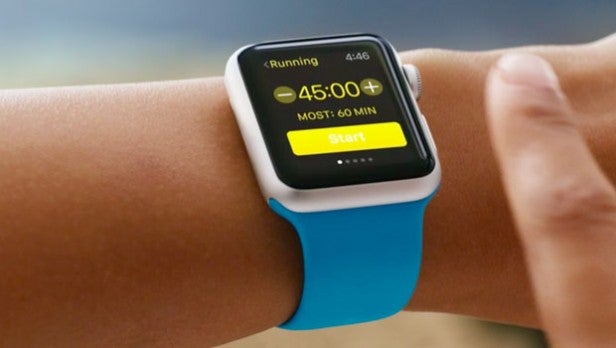 Rdio Select is a great deal for light listeners
I’ve heard a few folks scoff at the Rdio Select offering of 25 songs per day plus ad-free personalised radio for £3.99 a month, but I think it’s pretty good value. It might only be two albums a day, but that could be enough for many folks’ daily commute, or recreational listening, making it worth the £6 saving on an all-in sub.

Customers can also download 25 songs to keep for offline listening at any time. These tracks can be switched out every day, so in theory it gives them the chance to store about 60 albums during any given month. It’s not quite the same principle, but accessing 60 albums using iTunes would cost £600.

Last week I suggested Spotify had gotten an easy ride from its early competitors. Companies have failed to offer a proposition that’s different enough to win over rivals. Rdio Select is the outside-the-box alternate that could be its ticket to the big time.

Read more: Best Streaming Service: Which one to download 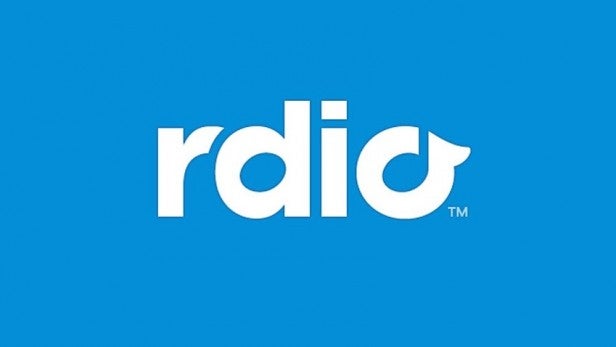