Chris Smith looks back at a week, where music’s biggest names upset the streaming apple cart, Microsoft finally kissed goodbye to Windows RT and Amazon almost had us fooled. Meanwhile the iconic iPad approaches a landmark birthday with big questions hanging over its future.

Tidal relaunch is all about the Benjamins for music’s biggest names
Some of the biggest egos in the world gathered on a stage in New York on Monday and proclaimed a new world order for the music industry; a future where the artists held all the cards.

Musical monoliths like Madonna, Jay-Z, Beyoncé, Kanye West, Rhianna and those Daft Punk helmets gleamed triumphantly as they signed Tidal’s landmark ‘declaration’ presumably vowing to take the power back from the Robin Hood streaming services taking food from their tables.

For me, the whole affair was a little too reminiscent of the classic South Park episode, where the boys get in trouble for illegally downloading music. If you recall, the kids visit Lars Ulrich of Metallica’s house, only to find him sobbing. Unfortunately, illegal downloads meant he had to wait a while before he could afford to have a gold-plated shark tank bar installed next to his pool.

Look at the musicians gathered on that stage on Monday! Look at them!
Exactly which of those folks are actually feeling the effects of lower
streaming payoffs?

Those who are struggling in this new
streaming-focused era are the smaller artists being genuinely low-balled
by Spotify and co. weren’t represented. But Madonna, and her estimated
net worth of $800 million, is sure having her say. 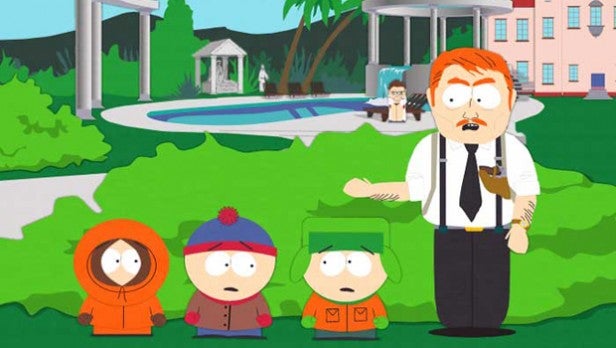 So, what of this new democratised service, which ‘brings the humanity back to the art’? The new owners have offered a non-descript “royalty rates are higher” and have boasted about their being no free tier, but there’s little to suggest Tidal’s mission is to help emerging artists get a fair pay cheque for their efforts.

Music fans may be willing to side with Tidal if it were actually focused on making sure emerging talents were rewarded more handsomely for their music. After all, real music fans are loyal to their favourite artists and want to see them succeed.

For the average consumer, the Tidal proposition offers little in the way of positive change. It costs more, there’s no free listening option and it’s likely to start a war for exclusives, which will mean they may end up having to pay for more than one service. Why exactly should we be excited by this so-called shift of the status quo?

Until we get some more details from Tidal over how these changes can be positive for the industry as a whole, all we can assume is this new proposition is simply a self-serving, back-slapping plan to ensure these rich artists’ bottom lines aren’t remotely effected by the evolution of the industry.

Adios, Windows RT! You were a necessary evil
So Microsoft finally launched the new Microsoft Surface 3 this week and conspicuous by its absence was poor, old Windows RT, which has finally been put out of its misery.

The much maligned, touch-focused operating system was dead on arrival, but all-things-considered it could prove a blessing in disguise for Microsoft. Without Windows RT, Windows 8 might have been able to float by as a ho-hum update, without that tirade of criticism and ridicule.

Partly because Windows RT was so poorly received, Microsoft was forced into some once-in-a-generation soul searching, where it seemed to re-evaluate everything it is doing as a company.

They say the darkest hour comes just before the dawn and with Windows 10 about to emerge on a clear and bright new sunrise, Microsoft looks in rude health. It is energetic, in tune, efficient and laser focused, which is everything it wasn’t during the last launch cycle. Perhaps Windows RT had to happen? 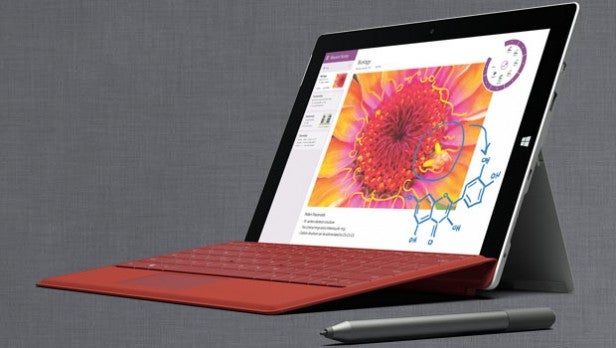 Amazon has us Dashing for the April Fools button
Amazon sure picked a good time to launch its Dash Buttons, the connected tools that allow users to re-stock on household essentials with just a simple touch.

April Fools gags are arriving earlier and earlier and on March 31 this was certainly one we didn’t want to get caught out on. The fact it was real, shows the innovative and interesting work Amazon continues to do to make our lives simpler.

However, we’d love these adhesive buttons, which immediately place an order for Prime members, to be a ubiquitous, programmable solution rather than handcuffed to Amazon’s brand partners. Maybe that’s one for April 1 next year?

Read more: How Amazon’s Dash buttons will save the day when you’re low on essentials 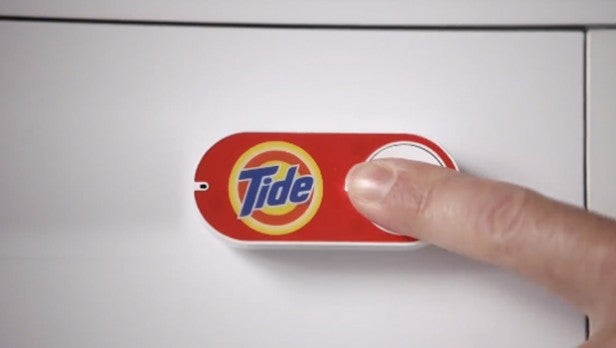 Happy fifth Birthday, iPad: So what now?
So the iPad has been around for five years, and it has truly changed the world. Thanks to the Apple slate, we’ve finally achieved peace in the Middle East, disposed of nuclear weapons and cured cancer.

Seriously though, it has been a rollercoaster ride for the iPad. In the early days it was dismissed as a ‘big iPod touch’ by some and hailed as a device with the potential to permeate every aspect of our lives, by others. Just have a read of our first generation iPad review. The truth, as usual, lay somewhere in the middle.

In the last 2-3-years, and certainly since the iPad Air launch, it seems Apple has hit a bit of a wall. Sales are falling as more folks rely on larger iPhone screens and app innovation seems to have stalled following the great work of the first couple of years. There was very little excitement when the company updated the range last year. I can’t remember the last time I stumbled across a groundbreaking iPad app that really furthered the medium and I’ve never even been slightly tempted to upgrade my trusty iPad 2. 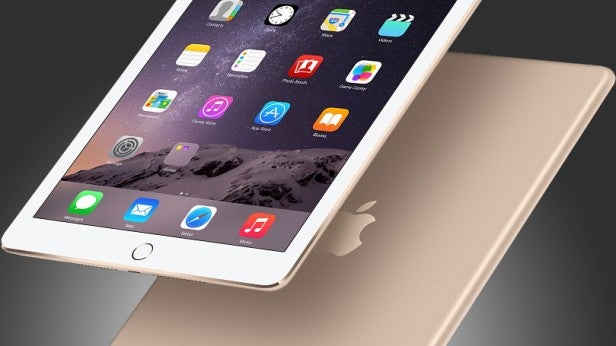 It seems very much like the iPad has peaked already. The first iPad Air was hailed as the perfect tablet. How much better can it get beyond the usual incremental improvements?

To keep the iPad on top for another five years, Apple must find a new proposition to extend the tablet beyond its current limitations. Namely, its inability to replace our laptops.

You wonder whether it’ll ever pull the trigger on a Surface Pro 3 like device running iOS and Mac OS X? Right now it looks like the non-touch 2015 MacBook might be the closest we get.