Refinement is key for the next wave of wearables: The best smartwatches from IFA 2015, from Samsung to TomTom.

Next-generation wearables and smartwatches are big news at IFA 2015. With Android Wear maturing, Samsung going circular and Sony putting the smarts into the straps, the next wave of wrist-mounted tech certainly seems a big step forward over what came before.

We’ve rounded up some of our favourite wearables from the huge technology show, all of which give us an insight into what’s coming next.

The original Moto 360 was the first Android Wear smartwatch that actually felt like a timepiece, rather than just a tiny computer on your wrist. On first glance it doesn’t look like a whole lot has changed for round 2, but there are enough upgrades to get us excited.

The biggest seems to have been taken straight from Apple’s playbook: sell it in multiple sizes. The new Moto 360 comes in both a 46mm and 42mm size, but there’s also a 42 mm women’s version in the mix that has slimmer, 16mm straps. We took all three for a spin and while the larger model is probably the pick for those who prefer chunky, bigger watches, it was the 42mm version that caught our eye. The slightly smaller – 1.37-inch as opposed to 1.56mm – face was noticeably sharper, and it didn’t feel quite as bulky on our wrists. 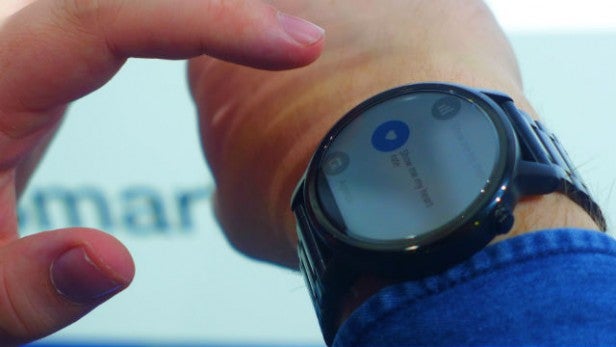 One issue that could arise with the 42mm version is the smaller battery, it only has a 300 mAh cell as opposed to the 400 mAh version on the 46mm watch. Motorola says you’ll get a day of juice, but we’ll have to wait and see.

Another big, and instantly noticeable, change is the speedier Qualcomm Snapdragon 400 chip tucked inside. We had some qualms with the performance on last year’s model, but that doesn’t look like it will be the case this time. There’s also 512MB RAM, 4GB storage accelerometer, gyroscope, vibration engine, optical heart rate sensor, Bluetooth 4.0 and Wi-Fi 802.11 b/g.

Design changes are minimal, there’s still that flat tyre on the display, but new lugs let you easily swap straps and Motorola is offering up a range of leather and metal straps.

It’s certainly more of an evolution than an revolution, but the changes made should make the Moto 360 2 one of best Android Wear watches going into the next 6 months. And, of course, it works with the iPhone now.

We first saw Huawei’s Android Wear watch earlier in the year, but the Chinese company hadn’t attached an official release date for it. Until now. It’s coming to the US in September and the UK in October, and it looks great.

The circular watch face – which boasts a crispy 400 x 400 resolution – looks great, and it doesn’t suffer from the same flat-tyre effect that you’ll find on the Moto 360. Internal specs are nothing out of the ordinary  – 4GB storage, 512MB RAM, Snapdragon 400 processor, 300 mAh battery, Bluetooth 4.1 and the usual array of sensors.

Related: Huawei at IFA 2015 – Everything you need to know 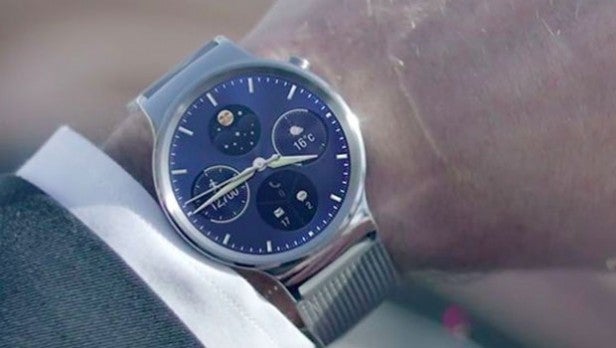 It’s the design that’s the real winner here, though. The metal case and straps are sleek and certainly look like a traditional timepiece, even down to the crown that sits on the side. It might be chunky, and certainly seems to be aimed at the men’s market, but we’re excited about taking it for an extended spin.

Samsung is no stranger to smartwatches, but we have never been completely convinced by the results. There’s a chance the Gear S2 could changes its fortunes, but there’s a long way to go yet.

Just like the Moto 360 and Huawei Watch, Samsung’s latest effort has a circular display and a decidedly watch-esque design. The regular version has a sporty white band, but there’s a pricier ‘Classic’ model with a slightly thinner and darker bezel, plus a leather strap.

Instead of forcing you to prod around the 1.2-inch, 360 x 360 AMOLED display with your fingers, you can rotate the stainless steel bezel to navigate the Tizen – yep, there’s no Android Wear here – interface. Basic apps; for messaging, music and so on, are included and Samsung says they’ll be around 1,000 apps available at launch.

Samsung Pay is included, as is a range of S-Health features and there’s even a 3G model that will let you disconnect from your phone completely. Incidentally, unlike previous Gear watches, this Gear S2 isn’t compatible just with Samsung’s handsets, but all Android devices running 4.4 with 1.5GB RAM.

Will be the must-have smartwatch for Android users? We’re not sure yet. 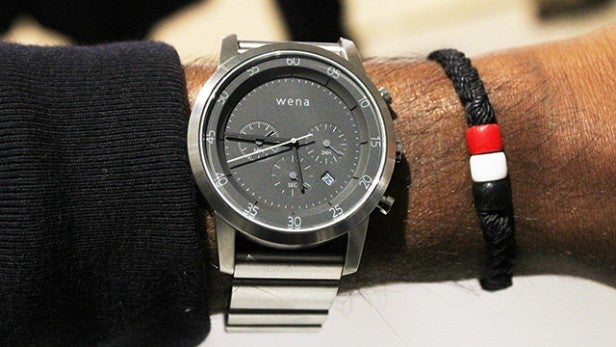 Less of a full-on smartwatch and more of a wristwatch with some clever additions, Sony’s Wena wearable is an exciting prospect. Shame it won’t be getting a full release outside of its native Japan. While many smartwatches try to mimic the look of timepiece, the Wena nails. This thing is a gorgeous. Sony has teamed up with Citizen to craft it and we love the metal design, secure feeling clasp and intricate detailing.

The smarts come from the strap, which packs NFC for mobile payments and it’ll keep an eye on your activity. Notifications are supported too, through a series of vibrations and LEDs. Battery life shouldn’t be an issue  – we’re looking at up to 5-years depending on which model you choose. Surprisingly, iOS is the first platform that’ll be supported, rather than Android. 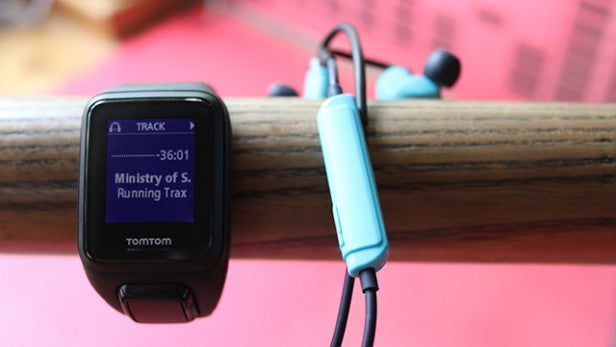 With the Spark, TomTom has gone back to the slimmer, lighter design that we loved so much on the Runner. But make no mistake, this is still a running watch. TomTom has switched from Mio tech in the heart-rate sensor, which apparently results in more accurate data, plus you get all the usual array of fitness tracking features along with GPS.

TomTom is making a big play for the music features on the Spark, fitting the device out with a dedicated player that doesn’t need to be connected to your phone for it to work. There’s 3GB of storage, so not much, and it’s a simple case of dragging and dropping tunes on to the device. We have liked to see a tie-in with a streaming service so you could sync your running playlists, but maybe that’s one for the future.

It might not have the smartwatch powers just yet, but TomTom has confirmed that it will be releasing an update to add the extra functionality in the near future. 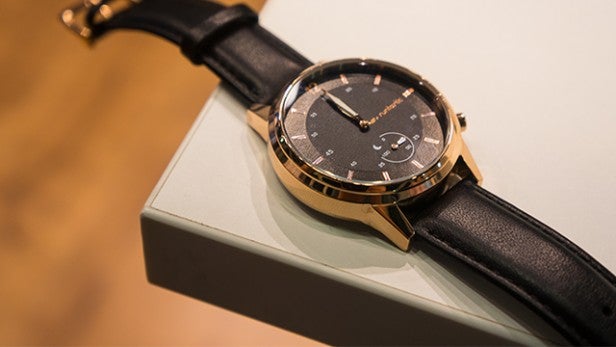 Instead of churning out another fitness band, Runtastic has decided to follow the Withings method and blend a sleek looking timepiece with its step-tracking smarts. The Moment has a bevy of sensors that can track your sleep, distance travelled and so on, plus it’s waterproof down to 300 feet.

Battery life stands at 6-months and it pairs wirelessly with your iOS or Android device over Bluetooth.

There will be multiple models available at differing price tiers, with materials and strap choices changing the more you spend.