App.net is a brave attempt to create a version of what Twitter could have been – an open, standards-based communications tool and community that is driven by the needs of users, not business. Unfortunately, it is probably doomed.

I love Twitter. Not Twitter the company, which would be weird. Twitter Inc. is just a money making entity that doesn’t even help its case by giving some of that money to me and in any event appears to be pretty bad at the actual ‘money making’ bit. No, I’m talking about Twitter the place. The virtual space where I can go to talk with friends, tell stupid jokes and take part in odd social experiences like watching Question Time with other people who enjoy jeering at Toby Young. 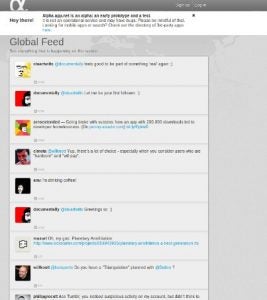 I like being able to tell other writers that I loved or hated their latest column, I like getting time checks from a bot that pretends to be Big Ben. Thanks to Twitter I have made new friends – in real life as well as virtual – and rediscovered old ones.

Despite Twitter’s amazingness, I’ll be the first to admit that it isn’t all good. There are spammers eager to fire out scatterguns of identical ads, or sniff out keywords and respond with marketing tailored to fit. There are annoying fake celebrities, even more annoying real celebrities and trolls. Oh, the trolls.

Moreover, Twitter has found that for all its innovations and popularity, making money is hard. It has become more proprietary, less user-friendly. Third party clients are being squeezed out in favour of the official, ad-supporting apps. The creators of app.net rightly point out that the real ‘customers’ of Twitter are the advertisers who buy promoted tweets. Twitter is increasingly focused on maximising that ad revenue, arguably to the detriment of its users. 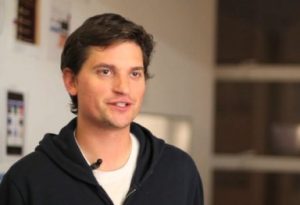 App.net is an attempt to break away from all that by creating an open (as in standards) service that puts users above advertisers. Without ad revenue it aims to do this by simply charging a fee of $50 per year, which will guarantee that the site remains ad-free and developed with users in mind. Developers can pay $100 per year for additional benefits, such as access to App.net’s API to create third-party apps.

App.net launched via the crowdsourced funding site Kickstarter, asking for a modest $500,000 (roughly 10,000 users) but ended up attracting over $800,000 in donations and signups. This is impressive and suggests there is a market out there for something like App.net and a dissatisfaction with the Twitter status quo. Unfortunately for App.net and its early adopters, Twitter has three key advantages – price, ubiquity and serendipity. That $50 fee is at the heart of the problem.

By putting up even this small barrier, App.net locks out a lot of potential users. You can see this at work already just by scrolling through the App.net public timeline. App net users seem to be skewed heavily towards white males, with women and ethnic minorities appearing only occasionally. Twitter has retired its public timeline, but you can get a flavour of it at TwitSpy. You don’t have to look for long before realising it is much more diverse. There are even tweets in languages other than English.

Some of this can be attributed to the site still being in alpha and the early adopters being mainly Kickstarter donors, rather than a truly random slice of the web’s population. The question is, will that change once App.net launches properly? My hunch is that it will – slightly – but not enough to match Twitter. There are many people who just refuse to pay for web services, others who see no need to when they are using a perfectly good enough (for them) equivalent and still more who just can’t afford to pay.

On the web, free wins. It has been observed that if you aren’t paying for a product online then – in a sense – the product is you, sold to marketers and consumer profile miners. The question for Twitter users is – so what? For the majority of users, this seems fair enough. Sponsored tweets are not yet at levels where they generate mass annoyance. If you follow a lot of people, those sponsored comments just blend into the mass of avatars and text you are scrolling through.

Some App.net advocates point to communities like Metafilter, which also charge for access in an attempt to  deter trolls, griefers and spam. Metafilter, though, is a very different kind of community organised around discussion topics and shared links. It also only charges a nominal $5 lifetime fee – easily affordable for individuals but prohibitive for the automatically generated accounts used by spambots. $5 for life versus $30 a year is quite a leap.

Even a minimal charge could lock out users in the developing world, or mean that whole tiers of society could not take part. The kind of social networking and communication provided by Twitter has proven invaluable in enabling grass roots activists and even revolutionaries everywhere from Tottenham to Tahrir Square. Charging for access would snuff that out overnight.

The 12,000-odd users currently posting to App.net may sound a lot but Twitter has around 500 million at time of writing. This ubiquity means you are highly likely to find your friends on there. You may be lucky enough to have a social circle who all want to sign up to App.net, but if not then you may find yourself unable to talk to all your friends and colleagues within the same app – or perhaps you will be the one left out as an App.net refusenik while your mates cough up for the right to send 256 character messages instead of the boring old 140 character limit you are stuck with?

The last advantage is serendipity. With such a large user base and people willing to create twitter accounts for the oddest of purposes, twitter remains a place where you can stumble upon greatness, or weirdness or at least interesting awfulness. Unless you lock down your account then all it takes is a lucky retweet and you could be contacted by strangers who go on to become valuable contacts, or even friends. This cannot be underestimated as a factor in Twitter’s success. With a user base restricted by logistics, a narrow source of recruits or financial disincentives, this will be hard to recreate.

I wish this were not the case. With the release of the latest Twitter API v1.1 yesterday, developers have been given notice that the days are be numbered for alternative Twitter client apps and the openness and customer-focus of App.net is needed more than ever. Twitter risks alienating many hardcore users and many of them may start to think that App.net’s walled garden looks rather inviting. Until, that is, they get there and realise that many of the people who made their Twitter experience so much fun haven’t moved along with them.

Until it finds a way to crack that problem – most likely via another source of revenue – App.net is unlikely fulfill its developers’ lofty goals. Perhaps the best we can hope for is that it points the way to a better way of social networking and gives the Twitter userbase something to campaign for.