Imagine working on a secret project for years. Toiling away with literally hundreds of co-workers, knowing that one day, when all your ducks are in a row, you get to show off all your hard work to the world at a reveal event during the biggest show in your industry. Then, suddenly, Walmart comes along and reveals your baby a mere few weeks before your special day.

Unfortunately, this has become a bit of an epidemic ahead of E3 2018. Multiple games have appeared as product listings on the US retailer’s website prematurely undermining big reveals following months, if not years of planning. For Avalanche design director Magnus Nedfors, whose Rage 2 was the most prominent Walmart victim, while plans didn’t change too drastically, it certainly was distressing.

“Instead of treating it as a battle we were like ‘let’s ride with it’.” And ride with it Bethesda and Avalanche certainly did. Following the leak, Rage’s official Twitter account suddenly sprung to life. At first, the account took shots at Walmart’s leak:

Before moving on to tease the game, with a series of posts building up to the debut trailer, which generated huge buzz. Magnus claims a pre-E3 reveal was always the plan, but Walmart’s error led to a slight acceleration of Rage 2’s outing.

As much as Magnus puts a positive spin on the events that unfolded before him, he cannot hide that the initial reaction wasn’t at least a little bit negative

“Of course there’s this thing of ‘oh fuck!’ but it was not a big thing for us.”

For id, the co-developers of the game, there was also a sense of snatching opportunity from the jaws of misfortune. Studio director Tim Willetts not only reaffirmed Magnus’ claim that revealing before E3 was always the plan, but in fact confirmed with the head of the PR team that plans were only changed by bringing the announcement forward by a single day. 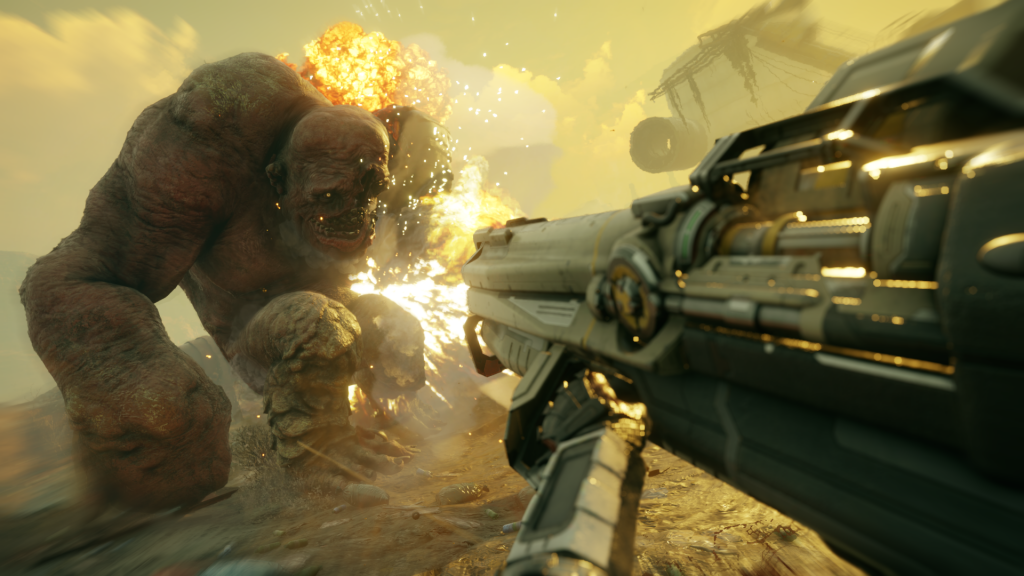 “Yeah, it worked out so well, that some people thought we planned it,” Willets concluded.

What this leak also brought to light is the slightly bizarre secrecy that shrouds games in development. While movie studios are happy to tell fans about a planned decade of releases, game studios seem unwilling to tell us about what’s coming out in the next six months. I asked Magnus if, following the positivity and buzz created out of one unfortunate event, it could be the catalyst for change.

“I personally would like that,” Magnus lamented, “I don’t really understand why, well I understand from some aspects. This is very personal, not Avalanche studios. I think that it would gain the industry more open doors, than having the closed doors approach. That’s a very personal opinion, though.”

What the furore masked is the fact that Rage 2 is bringing together two behemoth developers to work on a sequel to a franchise many assumed to be dead. After being left dormant for eight years, and even its debut had a mixed reception at best, the reveal of a sequel was almost as big a surprise as the developers working together on it.

Nedfors shared with me details on how exactly the two juggernauts came together to work on this project. “We as Avalanche had been in contact with Bethesda for a long time. We are an independent developer, we have contact with a lot of different publishers, and so on. We have talked for a long, long while and been like ‘hey, we should do something together’, and they have seen what we have done and have been interested, so it was a mutual connection.

“We talked for a while. A couple of years ago and were like ‘hey guys, we have talked for a long while, and have an idea that we think would be really cool, there’s an opportunity to do a sequel for Rage with id’, and personally I was like ‘yes! Do it, do it!’

“But it was very casual, they wasn’t shopping and like ‘hey guys, here’s an idea, here’s a bunch of money, go do it’, it was more a thing that grew together, we talked about ideas, what could we do. We pitched our ideas to id and it grew from there.”

Magnus goes on to discuss how well the teams meshed together, bringing together id’s expertise in shooters and Avalanche’s brilliance at building engaging open worlds.

“Absolutely, it’s been a great time, we’ve had a lot of fun. We have a very similar view from the beginning of what this game should be, and there are so many things that overlap in such a good way and we both realised that almost from day one. There has never been an id versus Avalanche conflict. You have different opinions within the team, like ‘I like this and you like that and we need to work it out and find the best way’, and of course there’s difference of opinion but not on a company level, more an individual level. Everything has been really smooth in the collaboration.”

A huge benefit of collaborating with a studio, of course, is learning from them. Taking inspiration from their skills and passing on knowledge of your wheelhouse. Magnus discussed how the two teams shared their expertise and what was gained from the collaboration.

“I’ve learned a lot, and I know Tim [Willetts] says stuff like ‘wow, I had no idea you make open world games in this way, I didn’t know you told stories in an open world in this way’. I think it’s been great for both studios.

“For me, as a game developer, I grow from every game I make, this is a new thing I’ve never done before, I worked with my heroes, and learned from them, and it means a lot to us as a studio as well. As you say, you always learn from different projects and you expand your toolkit as a game developer.” 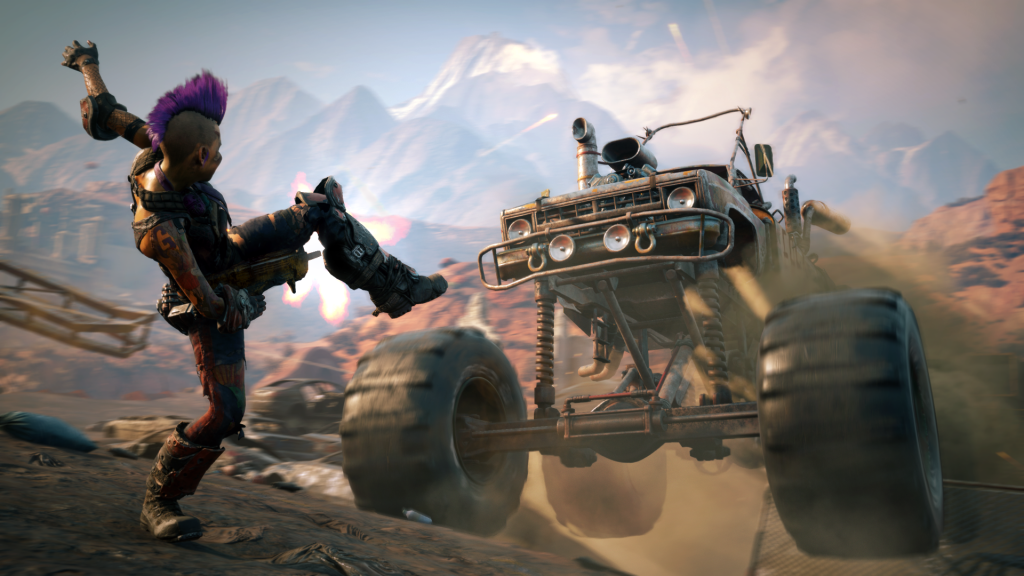 As well as being excited by the prospect of a rebirth of Rage, I was equally thrilled at the idea of two massive studios collaborating equally on an IP. Following the announcement, my mind became awash at the thought of more collaborations happening in the future for potential ‘dream teams’. I asked Tim if this could be the start of a trend.

“That would be nice. This game delivers on the promise of Rage because of the experience and technology, it’s such a perfect fit. We see some of that in the industry, I won’t take too much credit for it, but the Fallout guys called us up and asked us to give them some pointers in some of their first-person stuff. But yeah, that’d be fun.”

So for Rage 2, what started as a secretive collaboration, fell into a calamitous error and has now blossomed into highly-anticipated sequel that nobody saw coming. It brings together two incredibly well-respected studios, famed for amazing work in two genres that now come together very well for an experience that nobody could have said they would expect to be playing next year without being laughed out of the room.

When the light was shone in the project a little early, Avalanche and id showed the world how to step into that spotlight and embrace it.