Now that VR is beginning to take off, we try to answer the question: is VR safe for children?

We’ve said it before and we’ll say it again – 2016 is the year of virtual reality. That means plenty of kids will be requesting a new PlayStation VR, HTC Vive, or Oculus Rift this Christmas.

All of which raises a question that there hasn’t really been a comprehensive answer to as yet: is VR safe for kids?

Most headsets come with an age warning, suggesting there could be adverse effects should your son or daughter decide they want to try your new HTC Vive. But how dangerous can VR headsets really be?

Let’s take a look at what the manufacturers are advising on the matter, as well as what the experts have to say.

VIDEO: What is VR?

Samsung’s Gear VR headset has been on the market for a while now, and its user manual features some of the most detailed advice on the matter of kids and VR.

That’s not to say that there’s a great deal on it, however.

“The Gear VR should not be used by children under the age of 13,” advises Samsung. It also says that adults should monitor kids aged 13 and over for any of the usual general symptoms listed (seizures, eye strain, double vision etc). 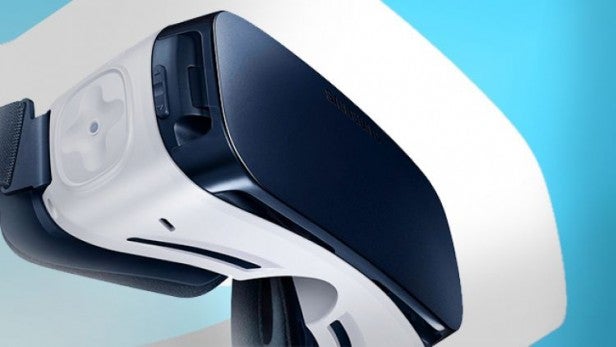 Samsung also advises that adults should limit the time children spend using the Gear VR, and that they should take regular breaks. No specific time period is mentioned in conjunction with children, but the general advice for everyone is to “take at least a 10 to 15 minute break every 30 minutes.”

There’s a certain vagueness to Samsung’s advice that tallies with that provided by other VR manufacturers.

The only VR experience on this list that’s been on the market for longer than the Samsung VR is Google Cardboard. However, Google’s advice on how children should use its headset is significantly lighter on detail than Samsung’s. And that’s saying something.

“Cardboard is not for use by children without adult supervision,” is all Google has to say specifically about kids. Otherwise, it’s the same general advice to “take frequent breaks,” and to discontinue use if you experience “discomfort, eye strain, or disorientation.” 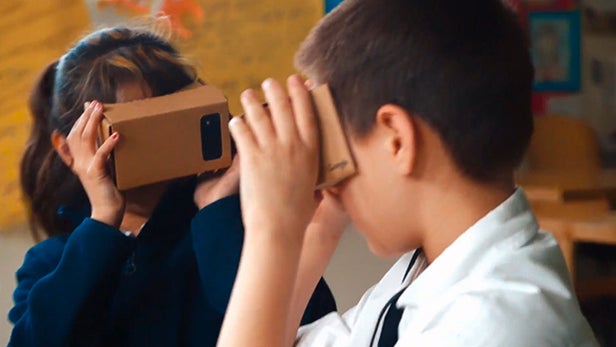 This brevity could well be because Google Cardboard isn’t designed for lengthy VR experiences. Rather, its cheap and cheerful, strap-free approach is more for brief, non-interactive 360 degree videos.

Indeed, Samsung’s recently announced VR app for kids is intended to be used on Google’s Cardboard headset rather than its own.

Arguably the most high-profile VR device of them all is now on the market, and the Oculus Rift is also one of the most immersive. However, the advice surrounding child usage is surprisingly vague.

Fairly early on – well before its retail release – Oculus set a 13+ age rating for the Oculus Rift. The explanation provided for this closely mirrors Samsung’s for the Gear VR, to the point where we don’t need to repeat it here. No doubt this similarity is because the two are built on a shared platform. 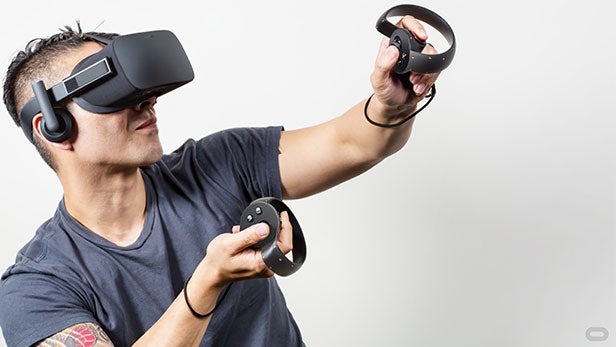 “We put a warning on right when you put it on and the age of 13 was something that made a lot of sense when we became a part of Facebook – their age is 13 as well. And so we just felt ‘let’s start at 13, let’s evolve the technology more, let’s build more confidence in the health and safety side of it’. And eventually, one day, we definitely want to have Oculus for kids, especially for all the educational use of this.”

Yes, he really did say that Oculus based its age guidelines on that of a social network. If you can figure out the logic behind that, we’d love to hear from you.

Head to the Oculus website, meanwhile, and you’ll also find the advice to “keep your Rift out of reach from children and pets.”

HTC makes the only VR headset that rivals the Oculus Rift for sophistication, but curiously it doesn’t specify an age limit at all for the HTC Vive. In fact, its guidance is much vaguer, even than that of its rivals.

“The product was not designed to be used by children,” reads HTC’s safety guidelines. “Do not leave the product within the reach of young children or allow them to use or play with it.”

Aha, perhaps HTC knows something about the VR-susceptibility of kids that its rivals don’t? Well, no. 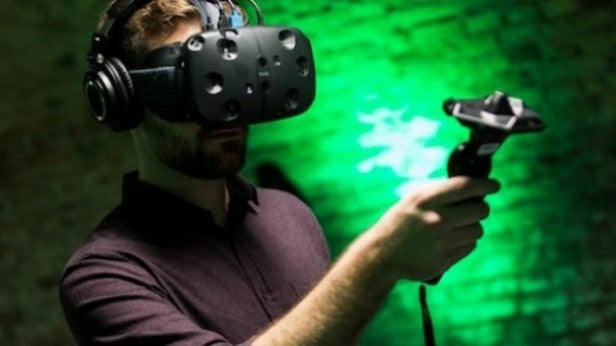 The explanation for keeping your Vive away from kids is listed as: “They could hurt themselves or others, or could accidentally damage the product. The product may contain small parts with sharp edges that may cause an injury or which could become detached and create a choking hazard for young children.”

Sony’s PlayStation VR headset has the potential to be the big winner here, finding the sweet spot between performance, accessibility, and price-point. It’s also the most likely to appeal to kids, with 40 million PS4 consoles (which power the headset) sold to date.

Interestingly, Sony differs from the rest with its own VR guidelines. “The VR headset is not for use by children under age 12,” it said in a health and safety update to the PS4 software back in March.

Other than the usual general advice to stop immediately if users experience any headaches or nausea, that’s it. 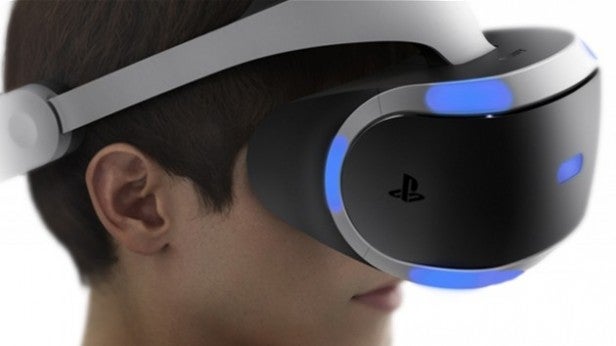 What does it all mean?

While the advice differs across these five key VR devices, one thing seems obvious. Neither Sony, Samsung, Oculus (and by extension Facebook), Google, or HTC have any clue what effect VR might have on kids. All of those quotes amount to the sound of shoulders being shrugged, bets being hedged, and bases being covered.

So what do the experts say?

The worry people seem to have over VR in relation to its effect on kids is the issue of the close proximity between the screen and the user’s eyes.

While the old warning not to sit too close to the TV is an old wives’ tail, there is a worry that overuse of VR could produce excessive strain on developing eyes.

Some optometrists fear the long-terms effects of VR could include myopia, due to the way the technology tricks your eyes into thinking they’re perceiving depth, when in fact the object itself is extremely close up. The argument goes that this could mess with the eye’s natural tracking capability, which partially accounts for the disorientation when you return to real life.

There is also evidence, as highlighted in a 2014 report published in the American Academy of Ophthalmology, that nearsightedness is on the rise among young people. One of the major contributing factors to this is so-called “near work,” or activities that require focusing on close-up objects, such as reading or using a computer. Presumably VR, which is about as near as it gets, would fit into that equation

However, there appears to be no scientific proof that VR headsets specifically are harmful to kids.

“So far I’ve seen no so-called smoking gun, no concrete evidence that a child of a certain age was somehow adversely affected by wearing a VR headset,” Martin Banks, Professor of Optometry, Vision Science, Psychology, and Neuroscience at the University of California, Berkeley told Digital Trends.

He believes that manufacturers are merely being cautious in the absence of any conclusive data.

This unknown factor seems to have contributed to a ‘safety first’ approach to age guidelines from early VR manufacturers. All seem keen to steer very young children away from experiencing virtual reality, and to encourage only limited usage for teens.

While there’s a distinct lack of science to back up or disprove this guidance, the palpable sense of cautiousness might prompt parents to follow suit – at least until more rigorous testing has taken place.