OPINION Games editor Brett Phipps has experienced Virtual Reality for the first time, and speculation as to what it could achieve is a bit of a worry.

I got the chance to try virtual reality for the first time recently via the Oculus Rift, and I imagine my experience will follow much the same pattern as most people’s. You won’t be inside one of these incredibly realised visions for long before your mind begins to brainstorm all the things VR could achieve. And this started bringing up a dichotomy: yes, virtual reality has more potential than anything in gaming right now, but should it fulfil it?

In the games industry, controversy can sometimes be used as a measuring stick rather than a point of civilised discussion. There can be instances where, rather than creating a piece of content in order to lead to a discussion about an important sociological issue, we simply see games that ask “how far can we push it?”

Take Hatred, for example, an ultra-violent isometric twin-sticks shooter. You play as a long-haired criminal hell-bent on revenge, and do so with reckless abandon, killing anyone in your path, especially members of law enforcement. Hatred caused a storm in a teacup in the lead up to its launch, but it wasn’t long before many realised it was controversial for the sake of it, and presented nothing of much substance other than arguably solid game mechanics.

Other times, (perceived to be) controversial moments in gaming are required in order to further both the medium and its audience. Mass Effect is rightly applauded for its inclusion of same-sex relationships, something again met with controversy at first, but sanity won the day and we learned that this is part of the growing pains of a still-young medium, although it took far too long for games to feel inclusive for all their players.

This is where VR comes in: it has the potential to engage, relate, frighten and even empathise with people in ways that no other games can, but think about it long enough and you wonder if it actually should.

One of the Oculus demos I got to play was called ‘Henry’, a passive experience where you get to witness an adorable hedgehog’s birthday party. The trouble for Henry is that no other woodland critter wants to get close to him. As much as Henry loves a hug, his prickly spikes mean he’s become the loner of the forest. What unfolds is a heartwarming tale worthy of a Pixar short.

However, with every minor VR moment, my mind jumped to its applications elsewhere. Take for instance the first time something in the game passed through my body.

At one point, Henry’s party balloons come to life and whizz around his house. It looks incredible, but then, one of the balloons flies directly towards you, the player, and through, at about chest-height. I felt a rush, a sudden fear that I’d been impaled… by an inflatable rubber dog. 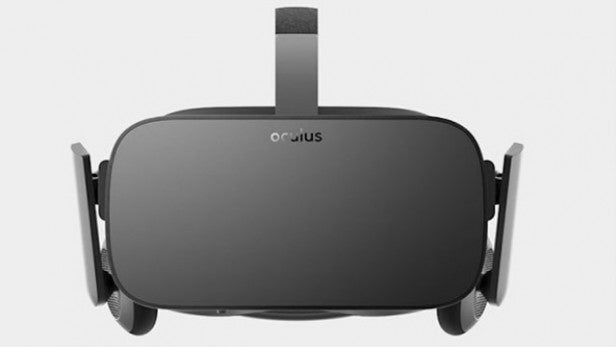 It was as if my body couldn’t differentiate between what my eyes were experiencing and where my body was. Of course nothing was actually passing through me, but my brain was being tricked, the sense of displacement was both thrilling and unnerving.

I immediately began to think about how this very powerful cognitive dissonance could be applied to other VR demos. Imagine a demo that begins with you stood in front of a man, gun in his hand, and he demands you hand over any and all valuables in your possession. Your avatar agrees, but that’s not enough, he isn’t satisfied by the cash in your wallet or the weight of your Rolex, he points the gun at you and fires. Having felt a twinge in my chest at a balloon being near it, the thought of a bullet is quite powerful.

With games and films, there is a sense of distance that provides a safety net for us as players and viewers. Horror films are terrifying, but ultimately the experience is happening to the people in the movie. The fear comes from the unknown, we are completely uninformed as to what will happen next, and cannot influence it. Horror games take it one step further, as we are in control of what happens to the characters in the game, but the fear comes also from the sense of powerlessness we feel when Leon Kennedy runs out of ammunition in Resident Evil 2, or our flashlight runs out of charge in Outlast. But again, none of that is happening to you. 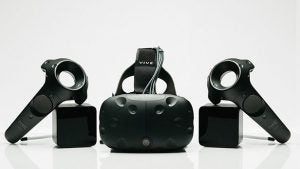 In VR, everything that happens happens to you. A zombie bites your neck, a punch comes flying towards your face, it’s all so visceral, which means such consideration has to be taken as to how it can be presented.

Watch any discussion between developers about VR and they will discuss the mammoth undertaking it has been rewriting the rulebook to take games and turn them into VR. From camera-work to controls to presentation. But we now need to make sure the content of a game also has a rethink.

Five Night’s at Freddie’s, a game reliant on jump scares, could be a bridge too far for virtual reality. The last thing I want is a terrifying bear screaming in my face as I open my bedroom door. 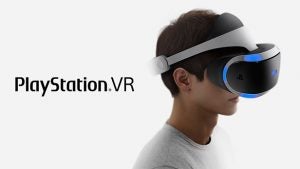 Ultimately, the responsibility lies with developers to ensure that they understand how the content of a game can affect each and every potential consumer. A car crash at the start of Call of Duty looks cool when you watch it on a TV, but in a VR headset, when you’re in the passenger seat, it suddenly becomes far more impactful, especially if you’ve been involved in one yourself.

Virtual Reality games will require a delicate touch, and present an incredible opportunity for the industry to develop and mature in a big way. The risk is for the market to be flooded with shovelware looking for cheap thrills. As people pick up their (very expensive) headsets, the immediacy of wanting experiences to test it out will be apparent. I just hope that the cream rises to the top and we see good, powerful, responsible VR games take up the majority of the marketplace.