Sony phones, Samsung smartwatches and a glow-in-the-dark TV might have stole the show at IFA this year, but there was plenty for audiophiles to salivate over. Here’s our pick of the biggest audio announcements of IFA 2015.

Echobox Explore X1 is a hip-flask-shaped high-resolution music player
Here’s a high-resolution audio player with a difference. The Explore X1 is designed to look like a hip flask because as George Gill, Chief Development Officer at Echobox tells me, it represents the idea of getting drunk on music.

Available in a choice of maple, mahogany or black walnut wooden finishes, the flask cap acts as the volume control plus with a 3.5-inch touchscreen display breaking up the unique design. 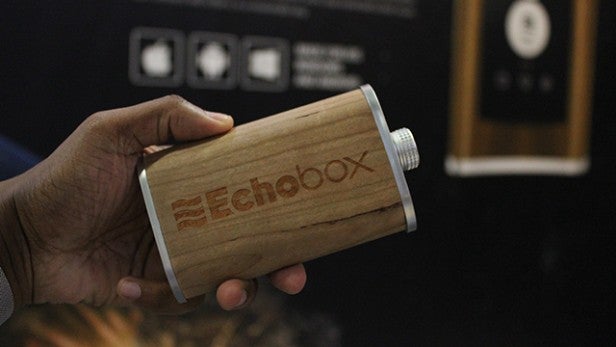 To handle the maximum 24-bit/192kHz uncompressed formats, there’s a TIPCM1792 DAC and a TI TPA6120A2 headphone amp. There’s also 64GB of internal storage and micro SD card support if you need a little more room for those high res files.

It runs on a version of Android 4.2 and I’m told you’ll have the option to opt for a stock Android version. It’ll be compatible with Android, iOS and Windows Phone and is optimized to work with Tidal and streaming music services like Spotify thanks to the built-in Wi-Fi.

The Echobox is going on sale in October and should be priced around £400-500. 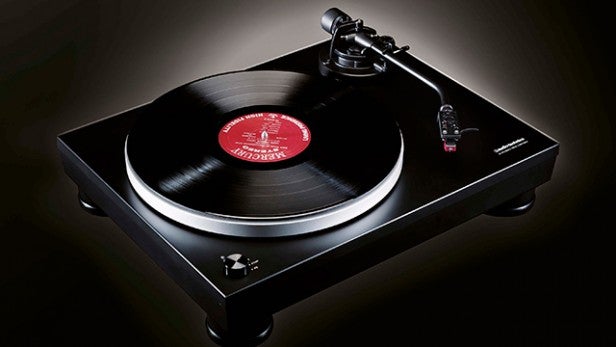 Audio Technica AT-LP5 turntable comes in a throwback design
Vinyl sales are on the rise so much so that you’ll soon be able to pick up a record or two from your local Tesco in the not too distant future. Audio Technica is hoping to capitalize on its resurgence with the sleek AT-LP5.

Additionally, there’s USB support to turn digitize your LPs via Audacity recording software and a switchable phono/lin preamplifier to hook up to a stereo system.

The LP5 is priced at an entry-level price of £330 and goes on sale later this month. 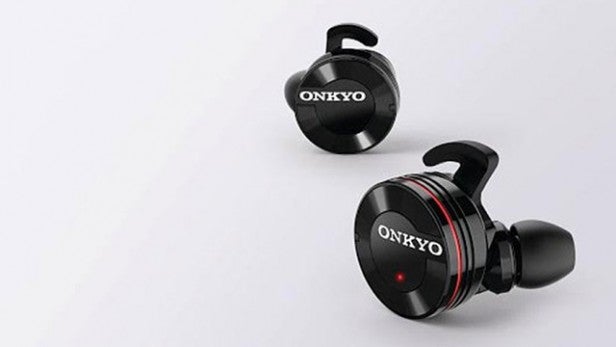 Onkyo W800BT is a pair of truly wireless in-ear headphones
Unlike the yet to be released fitness-focused Dash buds, Onkyo has officially announced its own in-ears minus the flailing cables and they’re coming out this year.

Connecting to each other and your smartphone or connected audio kit via Bluetooth, the W800BT promise passive noise isolation and100dB sensitivity courtesy of 8.6mm neodymium drivers packed into each earpiece.

There’s a microphone housed inside the right earpiece for hands-free calls and there’s also a set of touch panel controls. A USB-powered charging case can provide up to 15 hours talk time and 12 hours of music playback.

Expect to try them on from November priced at 300 Euros which works out to about £220. 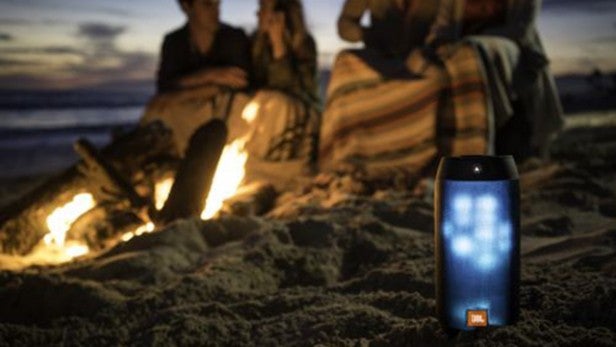 JBL Pulse 2 is a lightshow packed into a portable speaker
We know it sounds gimmicky, but like the original Pulse, JBL’s second generation splash proof Bluetooth speaker promises more of the same impressive audio quality from its illuminating body.

Letting you wirelessly connect to up to three devices, the Pulse 2 packs dual external passive radiators to deliver the bass. Noise and echo cancelling technology is also present when you want to use it in speakerphone mode.

Using JBL’s Prism colour sensor lens, you can reflect any colour it’s pointed at and the lights can be further customized via the JBL Connect smartphone application. 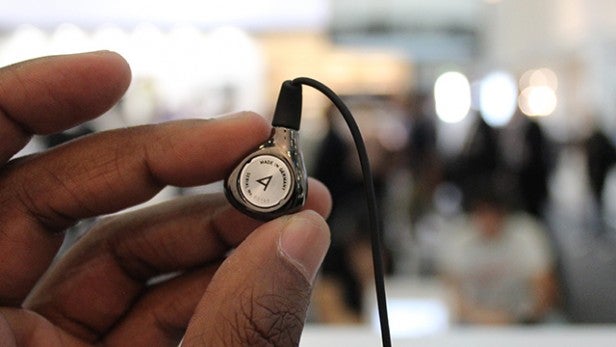 Astell & Kern Ti8e are first in-ears with Tesla technology
Teaming up with German audio maestros Beyerdynamics, Astell & Kern has managed to squeeze the special driver design into a smaller body offering a higher level of sensitivity and a wide frequency range.

The technology, which first featured in the Astell & Kern T1 and AK T5P, uses a dynamic moving-coil transducer and does not require a separate transducer dedicated to bass, mid-range and treble tones.

The oval shaped moulds use cables that go over the ears so they don’t pull and comes with both silicone and Comply foam buds to make sure they sit snug in the ears.

Additionally, there’s a toughened kevlar 3.5mm cable and they come with a balanced cable with a 2.5mm jack to work specifically with AK players.

You can pick up a pair of Ti8e in-ears for the not so bargain price of £799 and should go on sale before the end of the year. 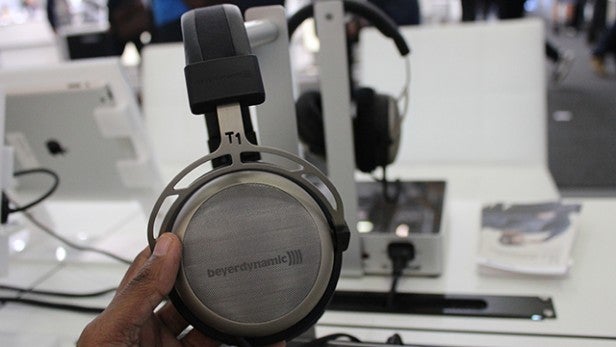 Beyerdynamic T1 2nd generation upgrades the home headphone great
The T1’s are regarded as some of the finest on-ear headphones to sit back in your armchair and plug into your expensively assembled high-end audio system.

Now Beyerdynamics is giving them an upgrade hoping to provide cleaner sound, up the overall audio warmth and gently intensify the bass. They still utilize Tesla driver technology featuring a 600-ohm transducer to add a more harmonious frequency range.

The new T1’s are available to buy now and are priced at a staggering 990 Euros, which works out to about just under £730. 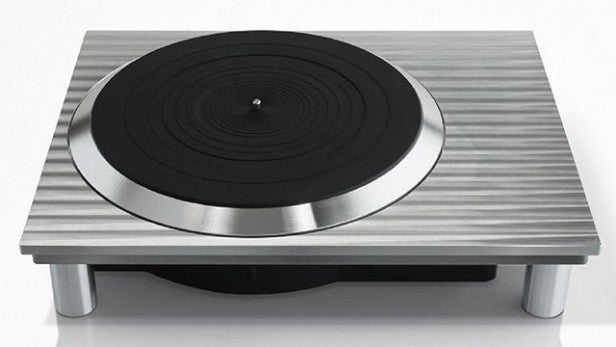 Technics turntable resurrected
After discontinuing many a DJ’s best friend five years ago, Panasonic has decided to revive the iconic turntable series and has been showing off a new prototype model.

In a year that the iconic brand celebrates its 50th anniversary, the direct-drive analog turntable, which was revealed at Panasonic’s IFA press conference is constructed from gorgeous aluminum.

Turntable afficiandos will know that the SL-1200 series is considered one of the finest direct drive analog turntables ever produced and has been a popular choice for DJs for many years.

Panasonic hopes to launch the new Technics turntable in 2016 but as yet, there’s no talk of pricing. We imagine it won’t be cheap. 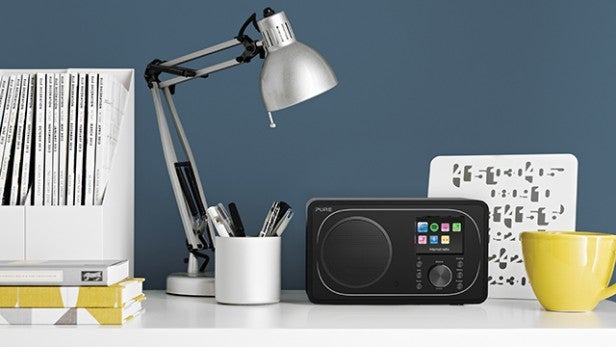 Pure Evoke F3 gives you that streaming feeling
Swelling the ranks of its internet radio family, the Evoke F3 makes some welcome upgrades adding Bluetooth and Spotify Connect support so you can stream tracks and stations with ease.

The table top-friendly F3 is made from a real wood cabinet with a slick matte black finish and hosts a 2.4-inch full colour TFT display to view stations and track information. It’s also bundled with a remote but you can also use your smartphone or tablet to switch the music when you’re using Spotify.

Details on the speaker setup are a little scarce, but Pure claims it’s been hand-tuned by the engineering team to offer a well balanced sound for music and speech.

There’s digital and FM radio support giving you access to Pure’s internet radio service offering over 25,000 stations with 20 presets to make it easier to find something you actually want to listen to. With a Digital Radio tick approval, it’s future-proofed for the Digital Radio switchover as well. 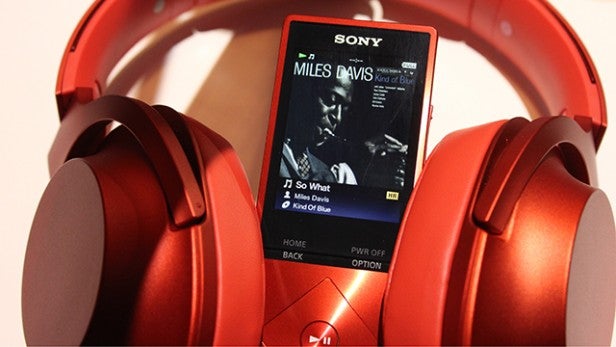 Sony h.ear headphones and high res Walkmans unleashed
Sony has been leading the high resolution revolution and has introduced a new h.ear range of headphones along with two new Walkmans that also play nice with lossless audio.

Up first is the h.ear On, which comes in a range of bold, bright colours with a minimal design that keeps branding to a bare minimum. The closed back on-ears feature 40mm drivers and titanium-coated domes to help minimize distortion. The h.ear On are priced at 180 Euros (around £130).

The in-ear h.ear NC are equipped with digital noise cancelling with an AI mode that can apparently adjust the noise cancelling based on the background noise. There’s 9mm high-sensitivity drivers to deliver the polished sound and like the on-ears, will support high res audio playback. Noise cancelling battery life is an impressive 16 hours and there’s also inline remote attached to the tangle-free cable. 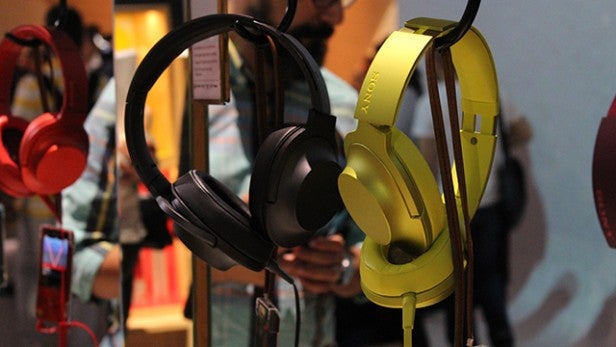 The ZX100HN is the biggest of the new Walkman additions and the natural successor to the ZX2. It packs a 3-inch 400×240 QVGA TFT screen, 128GB of internal storage and micro SD card support. Sony’s new LDAC technology aims to deliver high quality wireless audio via Bluetooth and there’s the same upscaling mode as the A20 players. Expect up to 45 hours of music playback.

All three high res Walkmans are expected to land over the next couple of months and UK pricing has yet to be confirmed. 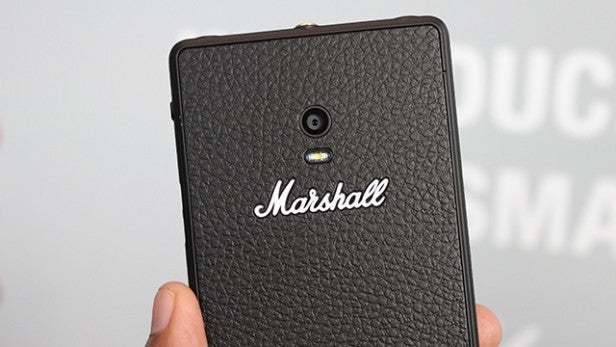 Marshall London is a smartphone for music lovers
If you care about cutting-edge specs, this is not the phone for you. If you want to walk around with a smartphone that looks like it’s been cut out of a Marshall amp, then the London could be for you.

But it’s not just the textured back and gold buttons and connections, this is a 4.7-inch handset that’s packed with music-centric features. There’s dual inputs that also double as outputs so you can record as well as share your music. A dedicated ‘M’ button offers a shortcut to your favourite music and a Wolfson DAC supports high resolution audio playback.

You can find out what we made of it by reading our Marshall London smartphone hands-on.