Most game franchises would give their eye-teeth to have villains such as those that feature in Far Cry. Cover stars, antagonists, the axis around which the whole game revolves, they give each instalment of Far Cry a large part of its personality.

When the hero is, by necessity, a bit of a blank canvas, it’s the villains that swagger in and give you someone to loathe. In too many other games, your enemies seem interchangeable, generic baddies who you battle because, well, they appear a bit nasty – or because they spout a few evil-doer lines and do evil-doer things. Far Cry is different. It makes its villains interesting, subversive characters who drive the action forwards.

You can see this happening right at the start of Ubisoft’s tenure with the series. Far Cry 2’s nemesis, The Jackal, isn’t just another paramilitary bad guy. He’s an ambiguous figure with a Nietzschean philosophy, profiteering from war and misery because somebody has to. Then Ubisoft struck gold with Far Cry 3‘s Vaas, the psychopath pirate king of a fictional island group in Southeast Asia; insane, sadistic and very much in your face. 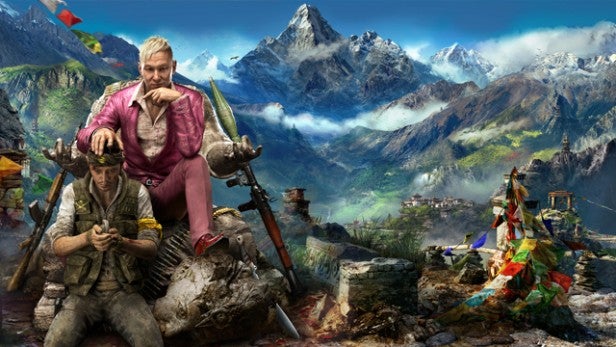 Rather than try to go one-up on Vaas, the developer took a different tack with Pagan Min, the antagonist of Far Cry 4. While equally cruel and brutal, Min was playful and even sympathetic; one minute a paternal figure, next a psychotic monster, and then a strangely broken man.

And now we have Father Joseph Seed, megalomaniac cult leader of the Project at Eden’s Gate, supported by his equally crazed siblings Jacob, John and Faith. Charismatic and compelling, he’s another Far Cry star.

This focus on its villains is very much a deliberate thing. “For me, personally, a strong villain is incredibly important” says Dan Hay, the Creative Director of Far Cry 5, “motivating the player and keeping the whole story and the player’s agency moving forward. You want to be able to make a world that’s organic, that’s living, that allows the player choice, but you also need to have something that acts as a spine; something for them to occasionally focus on or even fixate on.”

Far Cry’s villains, then, are the backbones of its stories, but the confrontations with them also work to drive the player on. “It’s immensely fun and rewarding to have a face-off against somebody; to meet your nemesis, to be able to see somebody who’s almost the other side of the coin of yourself” says Hay. “And I think that by building these evocative, unique, sinister, intelligent, emotional characters, we give the player something to feed on that they seem to really enjoy.” 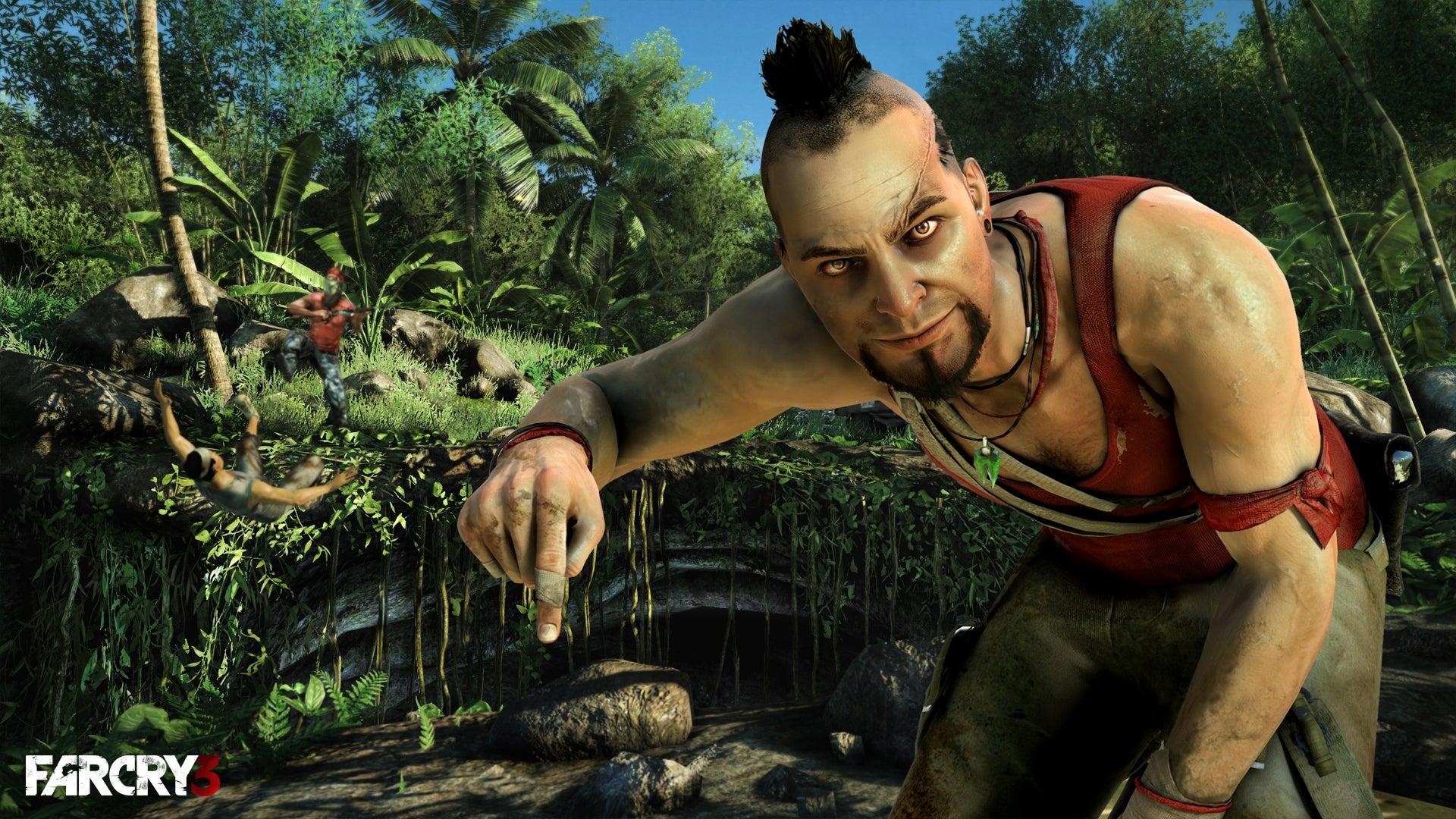 Far Cry 3’s Vaas originally began as a different type of psycho-warlord, but Ubisoft’s conception changed when Canadian actor Michael Mando auditioned for the part. “I’d love to tell you that we built Vaas from the ground-up and that it was a science, but it was much more alchemy” says Hay. “You know, Michael Mando and the ability with which he seems to conjure that character is a huge part of that success.” Hay believes Vaas was such a memorable villain because, “he was complex. He was physical. He was dangerous. And you ‘d look at that character and really wonder what he’s thinking – what makes him tick.”

With Far Cry 3, Ubisoft pioneered a new approach to presenting villains in an FPS game, bringing Vaas closer to the camera and right in your face. “We leveraged, maybe without even realising it, the fact that this person could get into your space” Hay suggests. “They could step into you comfort zone physically. They could intimidate. They could bully intellectually or even physically. And I think that that created a very interesting and compelling character.”

With Pagan Min, the team wanted to “plumb the depths of different emotions and different character traits, and even just different motivations for those characters, so that an antagonist that you meet is completely different, and that the feeling and the tone and the themes that are part of that game feel like they have their own flavour.” 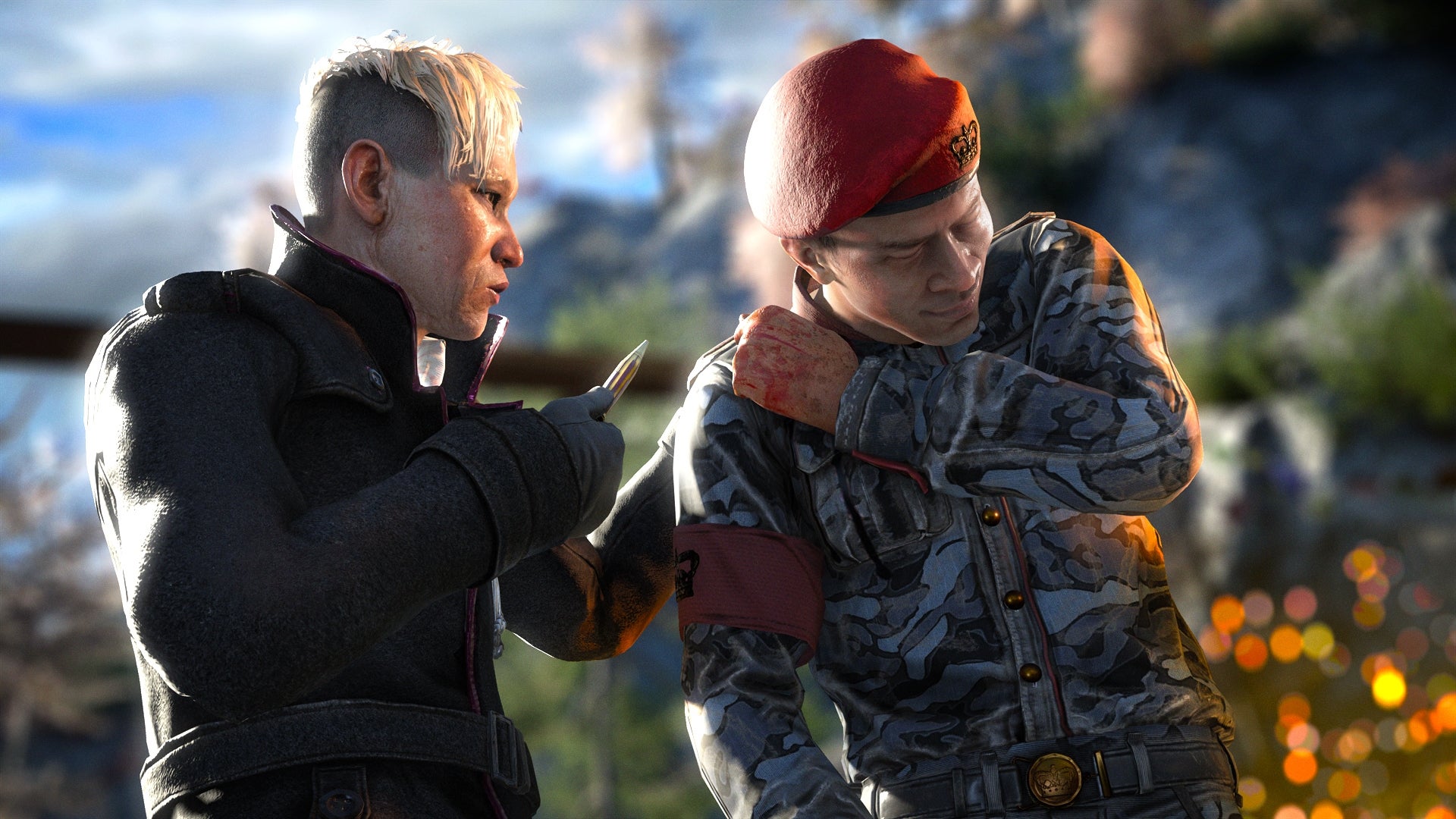 Hay sees Min as “being on the back half of his life, and looking at everything he’s done”. But he’s also “the kind of friend that everybody has: if you hang out with him too long then you’re going to end up in jail.” He’s a devil, but one who occasionally wins your sympathy. He’s a monster, yet one who seems to encourage the kind of hell-raising behaviour no-one can resist in a Far Cry game.

Father Joseph Seed is as different to Min as Min was to Vaas. “When we looked at the father, we wanted somebody who was a zealot; somebody who truly believed they weren’t the bad guy” says Hay. Seed is empowered by his own mad convictions. As Hays says, he’s “somebody who everybody would look at and say ‘this person’s insane’ but he’d walk you through why he’s not. And at the end of that conversation, you may have changed your opinion.” 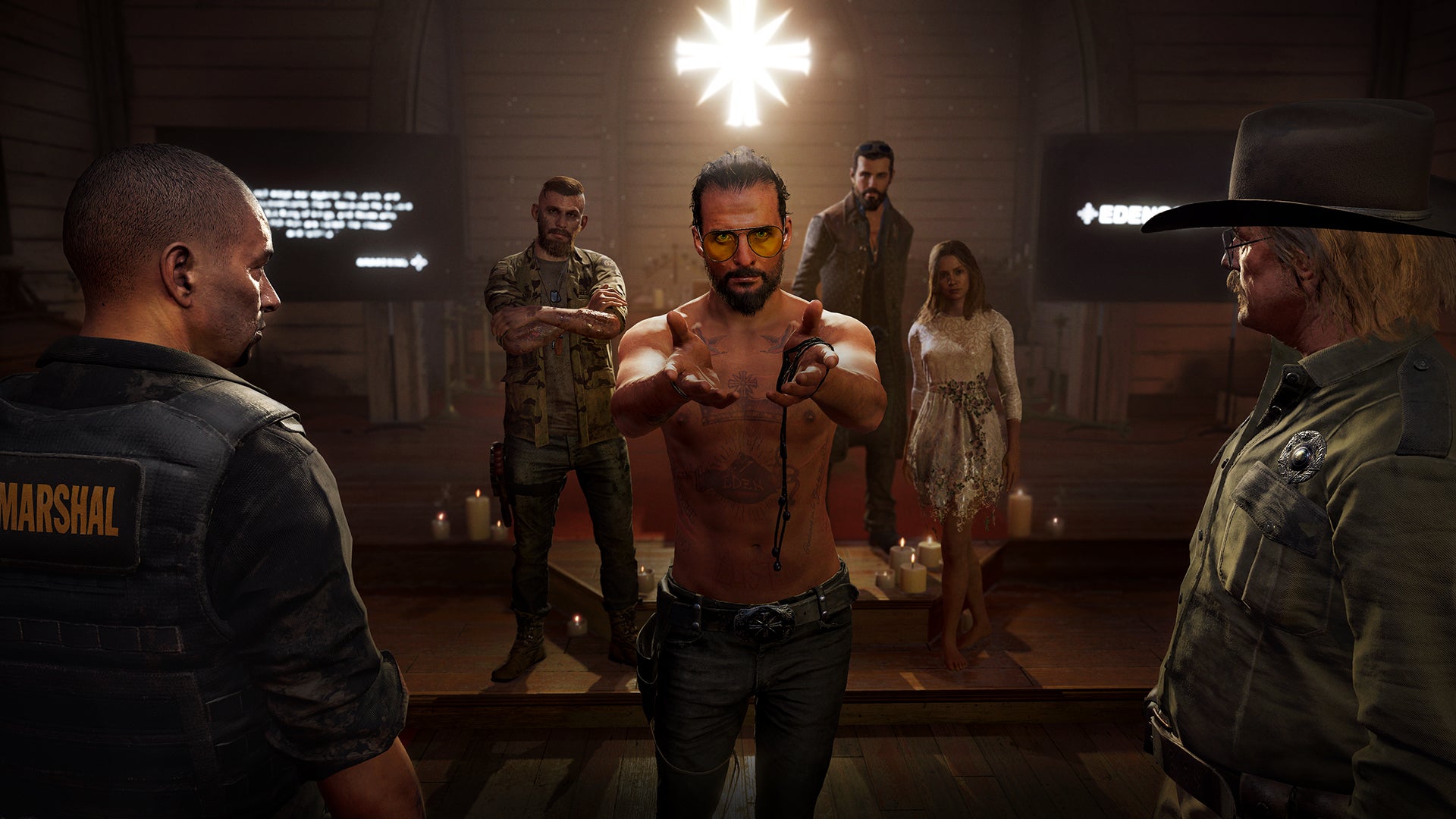 Seed is also a villain who, in the US at least, will feel a little closer to home. Has that made the team tread carefully? “I think we’re cautious and we have to be aware of the subject matter we’re exploring all the time, with every Far Cry” says Hay. “I think this is what’s unique about this Far Cry; the characters that we’ve built does kind of make it feel like home, and we’re exploring the idea that the thing in your back yard could be just as exotic or just as dangerous as the thing that’s 1000 miles away. I think that’s a powerful theme. Sometimes we walk past a house or walk past a place that’s close to where we live, and we don’t realise that it’s crazy or that something insane is happening within those confines.”

Is it difficult to come up with new villains? Is the pressure on when you’re building someone new, who might end up as compelling as Vaas or Pagan Min? “I think that if I tried to answer that question with ‘no, it’s really easy’ then you guys would think I wasn’t being truthful”, says Hay.

“We work hard at creating compelling backstories and completely different histories and different motivations; even different themes. And I think that when you even look at that we’re trying to do that within some of the characters of each individual game, where Jacob is different from the father, is different from Faith, is different from John, even the diverse cast of NPCs and characters that you have in the world that you’ll meet – there are something like 60 or 70 different characters you can meet in the game, including a whole bunch of citizens throughout the world. All of their personalities have to be different and reactive as well. It’s a huge thing to do, but we wouldn’t want to not try.”