Anyone can think up a cool product. We’ll give you three right now: toaster-to-bedroom conveyer belts, musical office desks, self-roasting chickens. You’re welcome, budding entrepreneurs. But bringing such innovations to life is difficult and painstaking.

Some of the biggest companies in the world have dabbled with devices, only to find the burden of creation too difficult. When this happens to a product, it’s forever more known as ‘vaporware’. 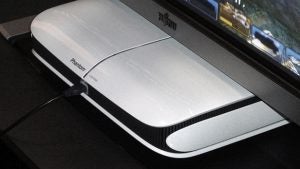 The aptly named Phantom Console first entered public awareness through a press release in 2003, promising a ‘revolutionary new gaming platform’. Pegged for a 2004 launch, the console would be the first to offer Internet-powered on-demand gaming. That was revolutionary for the time. Instead of buying discs and cartridges, you’d just download content directly through a dedicated Phantom service.

Unfortunately, scheduled releases came and went, faux prototypes faced off against doubtful critics, and the Phantom Console was eventually officially shuttered in 2007.

What’s more, in 2006, the Securities and Exchange Commission accused Phantom Entertainment’s founder and former CEO Timothy Roberts of running a “pump and dump” scheme with the Phantom console. Needless to say, we still haven’t got our hands on the elusive Phantom. One could say it… gave up the ghost. We’re here all night, people. 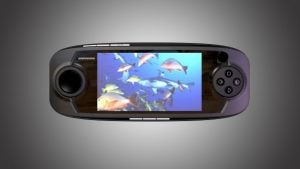 This veritable gaming powerhouse would pack a “large” 4-inch display with a 480 x 272-pixel resolution, as well as fancy features like Wi-Fi, a 2-megapixel camera, and a 500MHz processor. Blimey, we need to lie down.

It was never to be, however. Tiger Telematics unfortunately (read: unsurprisingly) went bankrupt, and the Gizmondo Widescreen was thus relegated to scornful vaporware round-ups. 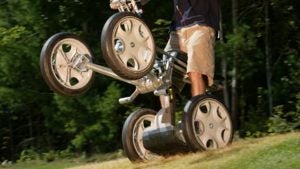 The two-wheel Segway Personal Transporter might be dorky and awkward, but that didn’t stop it from wowing us all with its sci-fi locomotion. Unfortunately, not all of Segway’s products met such a favourable end. Meet the Segway Centaur – a cross between the PT and a quad-bike.

What was special about the four-wheel Centaur is that it was designed to pop up at a 45-degree angle to allow for perpetual wheelies. This unique feature came courtesy of a smorgasbord of sensors, gyroscopes, and microprocessors.

Our dreams of rear-wheel quad-bike cruising have since been quashed, however, as Segway opted never to bring the Centaur to market. Which means we’ve still got no hope of pulling a decent wheelie. 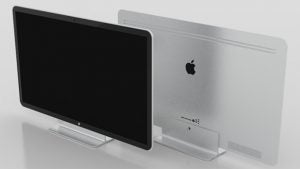 Any vaporware round-up worth its salt needs to mention Apple’s iTV. It’s a bit of a curveball, in the sense that Apple has never formally announced work on a television set. But it may as well have, because rumours of such a product have been flying off the grapevine for years.

Unfortunately, the iTV is seemingly already dead in the water. A recent report by the WSJ revealed that Apple did have a small team working on a television some years ago, but the project has since been scrapped. Sticking an iPad Air to your living room wall and watching it through binoculars is the closest you’ll get to an Apple-powered telly for now. 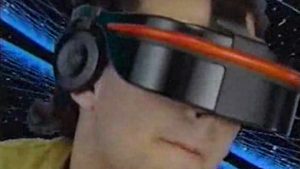 Today, the virtual reality bandwagon is carting around big-name brands like Samsung, Valve, Google and Sony. Back in 1991, the bandwagon was little more than a feeble-kneed mule. And the only company looking to ride it was Sega.

Enter: Sega VR, born from the funds raised by the Sega Genesis’ success. In 1993, the company actually showed off the device at CES, and announced an autumn release with four dedicated games in tow. This was pushed back to 1994, and then vanished from release schedules entirely.

Eventually, it turned out Sega had binned the project. The company claimed the virtual reality effect was simply too realistic for users. Righto. 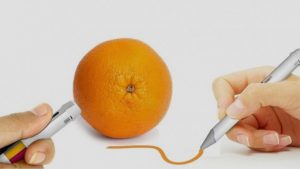 When the Scribble pen launched on Kickstarter last August, the tech world went into a frenzy. Here’s a pen that can scan any colour in the world around you, and then reproduce it on paper à la the Biro. Unbelievable? Exactly.

After users became sceptical of the claims, Kickstarter demanded that Scribble release a detailed video within 24 hours showing exactly how the pen would work. Not content with transparency, Scribble yanked the Kickstarter down, and started seeking backer cash on rival crowdfunder Tilt.

Scribble’s luck was out, however, as Tilt quickly decided it was binning the campaign due to a lack of clarity on how the pen functions. Payments were refunded, and Scribble’s reputation was truly tarnished. The company currently has a website offering pre-orders for the device, but as of 2015, it still doesn’t actually exist. Probably best not to get your hopes up with this one. 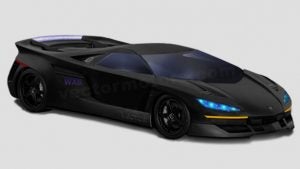 In the automotive world, Vector has built itself a reputation for biting off more than it can chew, conceptually. A prime example of this is the Vector WX-8, first revealed to the public in 2007 at the Los Angeles Auto Show.

The WX-8 was meant to be a next-generation sports car, and was to ship in stealth fighter black. Purported feats of strength included a top speed of 430kph, a 0-60mph time of just 2.3 seconds, and 1,850 horsepower under the bonnet.

At the time of writing, the Vector WX-8 is about as real as a three-pound bank note. And you shouldn’t accept an I.O.U. for either. 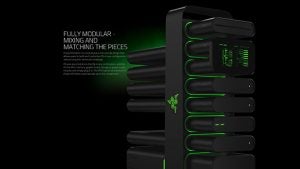 Project Christine was Razer’s vision for the future of PC gaming. Instead of buying a pricey rig that quickly becomes outdated, Razer wanted to ship you a basic modular frame into which you could plug various components. Everything you need to run a PC – the CPU, the GPU, the HDD – would slot into the frame with ease. Think Project Ara, but for gaming. What’s more, Razer even talked about a subscription service that would ship parts to you on a regular basis so you always had the most powerful rig possible at any given time.

Unfortunately, since its CES 2014 unveiling, we’ve heard exactly zilch about Christine. Unsurprisingly, rumours suggest Razer has struggled to get manufacturers on board with producing modules, which leaves Christine as little more than a hi-tech pipe dream. 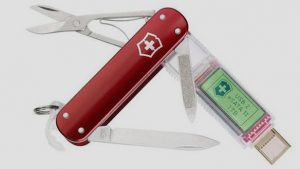 Another casualty of the CES hype machine, Victorinox’s file-hoarding Swiss Army Knife showed up in 2012, and has stayed there ever since. Honestly, we were genuinely impressed when the knife was first unveiled. Victorinox had somehow managed to cram 1TB of storage into a pocket-sized knife.

But where is it now, eh, Victorinox? Where’s our ruddy tin-opening, bear-fighting SSD? How will mountaineers, outdoorsmen, and Bear Grylls transport their most treasured files through the wilderness? Here’s hoping Victorinox wakes up from its post-CES nap time soon.