The dust has well and truly settled on CES, the huge annual tech event hosted in Las Vegas. You’d need a good deal more than the five days it lasts to experience all of it, try all the products and speak to the helpful people on the stands.

With nine members of the TR team there, we saw loads of great products and ideas. Our last hurrah of CES 2015 is the TrustedReviews CES Awards 2015, bestowing honours upon these, the show’s best products… 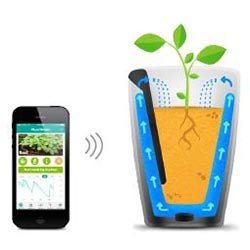 This ingenious plant pot with a built-in water tank senses when your plant needs watering and does it for you. It’s suitable for indoor or outdoor use, comes with moisture, fertiliser, sunshine and temperature sensors, and also manages to looks good. It can care for your plants for up to a month and the battery lasts for a year, so all you need to do is top it up with water and check the iOS or Android app every now and again.

Now to something more conventional: a smartphone. The LG G Flex 2 is the second version of LG’s bendy phone, and one that we can now live with. The first version felt like more of a prototype, and was a little too big and bulky. The G Flex 2 is smaller, better looking and curves naturally around your face. The LG G3 was the TrustedReviews Phone of the Year 2014 and the G Flex 2 gets a TrustedReviews CES Award to match it. 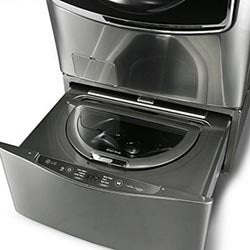 Add a second mini washing machine to your big one. Sounds like madness, but LG showed innovation in home washing by introducing just that concept at CES this year. A smaller washing machine sits in a drawer under the main one, so you can wash delicates or a small load separately. This great idea for big families earned LG a second TrustedReviews CES Award.

There was a glut of fantastic 4K, curved, ultra-thin and flexible TVs on offer at this year’s CES. Sony, LG and Samsung showed off some phenomenal screens and new innovative UIs, but Panasonic’s 65-inch OLED display impressed us the most with the sheer quality of its images.

The Gogoro Smartscooter looks great and comes with a whole host of innovations that makes it a top-notch electric scooter. That’s not why it won a TrustedReviews CES Award, though. You can swap batteries in just 6 seconds, so you’re not limited by having to wait an age to charge it. Better still, Gogoro demonstrated a pod that holds numerous batteries you can just swap in and out when needed. These can be dotted around a city just like Boris bikes in London. 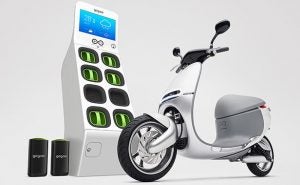 With a screen bezel of just 5.2mm the new version of the Dell XPS 13 looks fantastic. This means its packs a 13-inch screen in a package that measures no more than most 11-inch laptops out there. Add a claimed battery life of up to 15 hours and the Dell is a worthy CES pick.

Wrist-wearable fitness trackers tend to have a few problems. Most of them don’t have a battery life that lasts more than a week. They also either look cheap and nasty or like something only a Bondi Beach surfer dude would wear. Not so the Withings Activité Pop. It hides its smart credentials behind a good-looking watch face and packs 8 months of battery life. Two issues sorted. 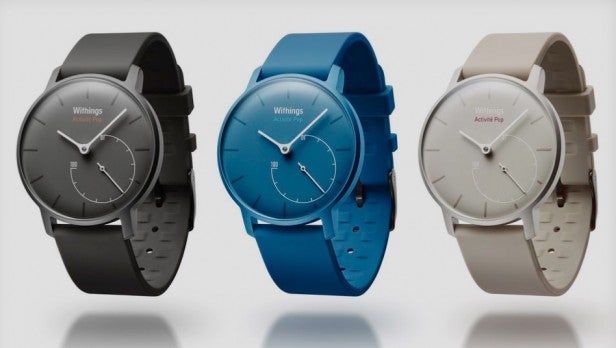 Embedded micro-sensors in the fabrics of this French company can track temperature, heart-rate, speed, location and acceleration making them an excellent tool for athletes to track their bodies. What most impressed us about Cityzen’s demos were the naturalness of the fabrics. There were no awkward bumps or lumps; these really are micro sensors.

The Mad Cat L.Y.N.X. 9 controller is aimed at phones and tablets, but works on PCs too and is downright bonkers. It’s made of premium materials, folds into all sorts of configurations and comes with a physical keyboard. At £250/$300 it doesn’t come cheap, but we love the sheer madness of it. 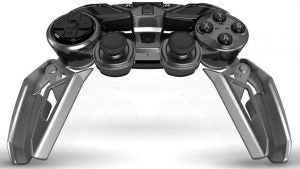 Another French company with an innovative product at CES. The Giroptic 360 Cam is a relatively low-cost way of creating 360-degree video and images. Instead of having to hook loads of GoPros together and then stitch the video, with all the heavy processing that entails, the 360 Cam does it all at once. That makes it easy to create videos and stills for use with VR headsets, and the results look great. The stitches are far less pronounced than we’ve seen using other recording methods.

And speaking of VR, the demo of the new version of the Oculus Rift – named Crescent Bay – was phenomenal. It transports you into the world like never before. The screen looks better and there’s now 3D audio to immerse you even more in the game world. If you haven’t tried the Rift yet, do it now.

Audeze is one of the best headphones makers around. Excellent sound quality comes at a price – £1400 for the LCD-X pair, to be precise. At CES 2015 Audeze showed off the superb EL-8 open-back and closed-back headphones, which are more affordable (although still prohibitively expensive for most). There’s no compromise to sound quality and they’re a bit smaller than previous models – all very good things for audiophiles. 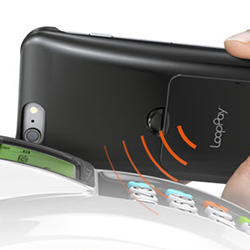 Not every great thing we saw at CES was a physical product. Loop Pay is one such product. It’s a wireless way of paying for products that’s far more encompassing than NFC can ever be. It uses the strip readers that credit card machines have to transfer card data via a small chip in a phone case. You can manage store cards, bank cards and anything with a magnetic strip. Plans are already afoot to embed this low-cost chip into phones. It’s a far cry from the limited Apple Pay.

Home security can be a sensitive subject. Most people want to feel their home is secure when they’re out and about, but no one likes the idea of 1984-style surveillance. The Netatmo Welcome is a sleek table-top smart camera that recognizes people who should be in your house and alerts you, via a smartphone app, when it detects strangers. You can even select it to ignore you if you don’t like the idea of being recorded in your own home. 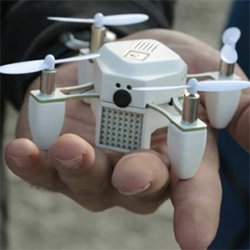 There were dozens of awesome drones at CES this year, but the one that impressed us most was one of the most diminutive. The Zano is a tiny drone that fits in the palm of your hand and can capture HD video. With smart tracking it can follow and shoot without requiring you to learn the nuances of controlling a drone. It even automatically avoids obstacles and returns to you when it’s low on juice. Very clever. And it looks a bit like a snowman with propellers.

There were thousands of exciting products to see and experience at CES 2015, but these 15 were the most impressive and innovative of the bunch.