Using a three-way ‘shoot out’ between a Sony 55HX923, a Samsung 55D8000 and one of Panasonic’s latest plasma TVs, Sony successfully showed how X-Reality Pro is able to add detail, stability and fluidity to low-quality sources – especially those coming in from Internet sources like YouTube. In fact, Sony’s processing proved the difference at one point between being able to read the titles of books on a shelf during a heavily compressed online video and just seeing a blurry mess as was more or less the case on the other two TVs.

Images also look less shimmery and flickery thanks to X-Reality Pro, and colour blends appear with considerably less ‘striping’ on the Sony screen than the two others. This latter feature is a result of the X-Reality processing working on the pictures in 14-bit and applying ‘banding reduction’.

Our only niggle with the X-Reality Pro system is that it doesn’t leave pictures looking quite as detailed and punchy as those of the Samsung screen. However, if it’s accuracy and stability you want, then X-Reality Pro currently appears to be in a league of its own where handling poor sources is concerned. 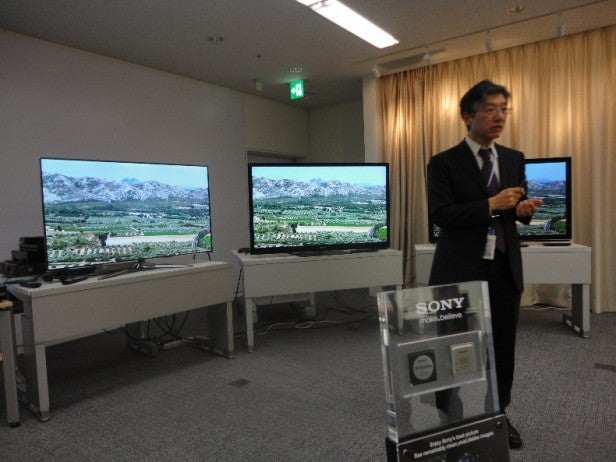 One interesting aspect of X-Reality Pro that we hadn’t been aware of until this in-depth session was that it uses a unique database system to help ‘streamline’ and thus improve the efficiency of its processing. In other words, the engine uses a database of video types to recognise automatically what a source is – eg, low quality Internet video, compressed HD internet video, a standard definition digital broadcast etc. then it applies the best algorithms to that source according to the rules established in the database.

The hot new X-Reality Pro bit for Sony’s upcoming 2012 TV range is Super Resolution 3D. This adds on top of all the already powerful 2D X-Reality processing the ability to assess and improve the foreground and backgrounds of 3D images effectively. Essentially both parts of the image are sharpened and made to look more detailed, but in subtly different ways so as to preserve the natural 3D effect intended by the 3D disc. We’ll cover how well this works in a First Look feature on Sony’s new HX853 series in the next few days.

Please note that the Super Resolution 3D feature only appears on new 2012 models, so it’s not actually on the HX923 series, which is continuing from last year.

After a spot of lunch – unexpectedly, a remarkably heavy burger with curly fries! – the second seminar of the day focused on Sony’s latest ‘online’ and ‘connected’ functionality, and was a little more of a mixed bag. On the plus side, Sony has made some fairly major improvements to its Bravia Internet Video services, providing a much more effective ‘Smart Hub’ screen that organises content better into easily accessible App and Video sections, as well as introducing a Favourites section where you can drag and drop the icon links for your favourite services. 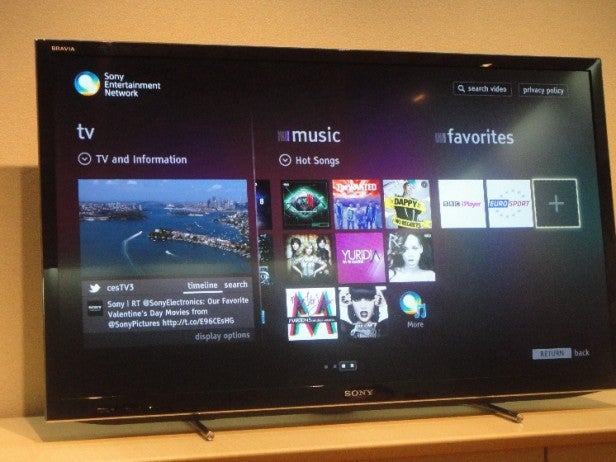 There is still quite a bit of room for further improvement, we have to say; the organisation of the menus still seems in need of more segregation as there’s still too much scrolling over massive lists of icons. It’s also a pity Sony hasn’t attempted any of the control innovations delivered by Samsung’s UE55ES8000, leaving you with just a standard if slightly improved remote. But overall the latest BIV interface is a definite step in the right direction.

It was also good to see easy ‘multiwindow’ functionality now implemented with BIV, while the introduction of the Apps menu and opening of a developers portal also point the way to more general infotainment-style apps than Sony has had before (though at the moment the ones on show were pretty much all social media related). Let’s just hope the future apps that appear have some quality control applied to them, and don’t  detract from the video focus that’s generally made Bravia Internet Video so strong.

The latest BIV sets will also benefit from the fact that Sony has finally got its SEN (Sony Entertainment Network) shit together, unifying access to the huge catalogues of video and music sources the Sony empire has at its disposal.

This is truly a breakthrough, and is made even better by the large strides forward Sony has achieved in terms of improving communications with its portable devices, such as tablets and mobile phones. You can push content from portable device to TV incredibly easily, and establishing a content-sharing network has never been simpler. Sony products can even establish their own direct networks, talking to each other without needing to first go through a router. 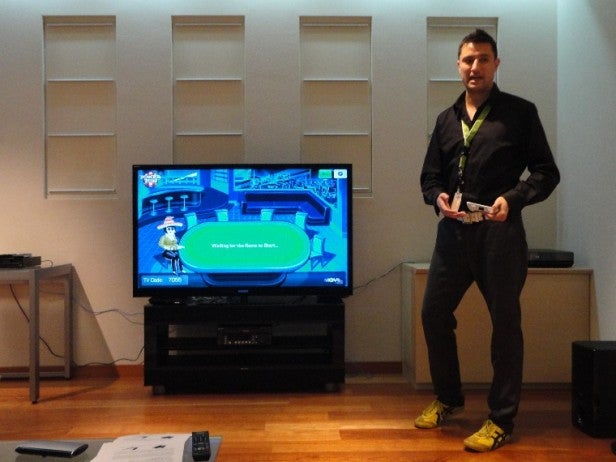 Much less convincing during the Net TV seminar, in our opinion, was Sony’s upcoming Google TV box proposition. The issues we have with this will be fully explored in an upcoming First Look feature.

Right, that’s it for the first two days of our Sony Tokyo trip. So we’ll sign off for now, and cover days three and four – focusing on everything from an in-depth picture quality comparison workshop to Sony’s latest audio developments and eco credentials – in a second instalment in the next day or so. Keep ’em peeled.