If you’ve been following our technology news lately, you’ll know that the past few months – hell, years – haven’t been kind to Sony. Especially its ailing TV division. So we were a little surprised but also very intrigued to receive an invite to visit Sony in Japan, for an in-depth look at the brand’s latest TV technologies.

That visit is now complete – and the amount of information we’ve been given is almost overwhelming. But troopers that we are, we’ve struggled against jetlag to bring you an overview on as much of what we’ve learned as possible (except for one or two top secret bits Sony wouldn’t let us see unless we signed non-disclosure agreements first!).

Proceedings kicked off with an extensive presentation from Hiroshi Sakamoto, Sony’s Deputy Senior General Manager, HE Business Planning and Strategy Division, Home Entertainment Business Group (You’ve got to love those Japanese job titles!). He delivered a general overview of Sony’s TV and home entertainment system strategy, outlining the challenges facing Sony, and some of the ideas they have for turning the struggling Sony ‘ship’ around. 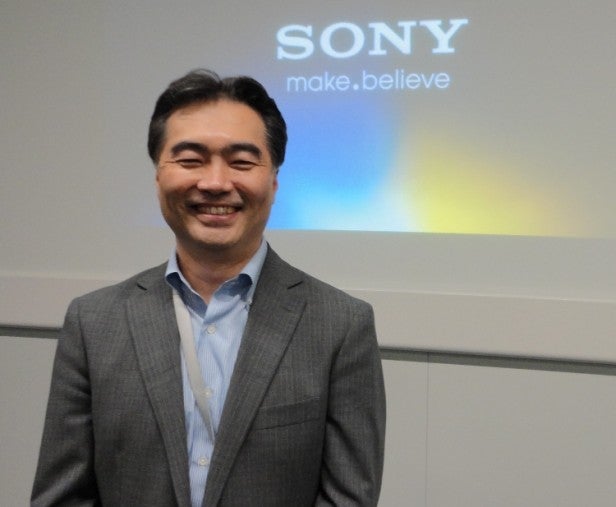 So far as the problems are concerned, two major issues are the global recession and the fact that most European households already have a flat TV in their living room. But Mr Sakamoto also admitted that Sony had been particularly stung by a shift in TV buying practices whereby brand loyalty – a previous Sony ‘banker’ – had plummeted in the past 6-7 years as a significant factor in consumers’ buying decisions.

He also revealed research showing that even quite deep into 2011, consumers weren’t generally rating either 3D or Smart TV functionality as a major factor in their TV-buying decisions. Instead, good old picture and sound quality – together with price – were still sitting pretty at the top of the TV wish list.

It’s largely down to these research findings that we find ourselves in Japan. For as Sakamoto-san reveals, Sony has decided to respond to its analysis of consumer preferences by making sure it gets out a much stronger message about its picture and sound quality strengths.

After a spot of lunch (battered yellow fin horse mackerel, with our meal cost worked out by an automatic tray sensor system!) in the cavernous canteen of the vast Sony building we’d received Mr Sakamoto’s introductory speech in, we were whisked off to a ‘top secret’ location that felt like Sony’s equivalent of Area 51. In fact, we were the first Western journalists ever to be allowed into the site!

Here we were treated to two significant demonstrations of very high-spec Sony kit. Clearly Sony was keen to establish as early as possible in the trip its ‘high-end’ and innovative display technology credentials.

The first was a gratifyingly varied demonstration of Sony’s imminent VW1000ES ‘4k’ home cinema projector. We’ve reported from a previous demo of this ultra high resolution projector before, but the latest demo went significantly further, showing us for the first time both upscaled 4k 3D images and even a native 4k video source, as well as some gorgeous 4k still photographs.

The upscaled 4K 3D images (of Avatar, inevitably) generally looked very strong, with noticeable extra denseness and reduced image structure with the upscaled image. There was a touch more softness and motion noise than we noticed with the 2D HD upscaling shown during this exhibition, but the pros of the upscaling process outweigh the negatives.

The native 4K material was the trailer for the upcoming The Amazing Spider-Man film, delivered from a PC workstation via an adaptor box able to convert a 4K image into something that can be handled by one of the VW1000ES’s HDMI sockets. And we’re happy to say it looked absolutely jaw-dropping. The detail, clarity and purity of the image was breathtaking, with the picture also enjoying that phenomenal luminosity and smoothness that always seems to accompany the almost pixel structure-free 4K image experience.

Sony still wasn’t able to give any details on when 4K video sources might be available to home users for use with the VW1000ES, merely stressing that work on establishing a delivery standard was ‘ongoing’. We did learn, though, that the mooted update to the PS3 enabling the console to output digital still images in a native 4K resolution is now scheduled to roll out in March or April.