Wireless Connectivity
Like the original Transformer, the Prime doesn’t offer 3G – for now. Apple, meanwhile, has been offering the option of 3G on its tablets since the very first iPad. Until 3G versions of the Transformer(s) come to market, there is no contest, even if you do need to chop a regular SIM card down to size to fit it in the iPad 2’s innards.

Winner:
Until 3G-enabled Transformers come out, the iPad 2, for not forcing us to the local coffee-shop, McDonald’s or library when we want to send an email while out and about. 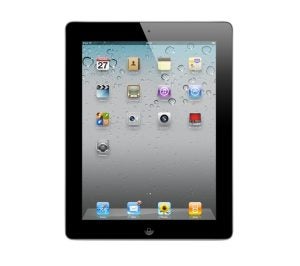 Accessories
In terms of first-party accessories, the Prime offers a keyboard dock that gives a usable keyboard and touchpad, extra connections in the form of a full-size USB 2.0 port and SDHC card reader. It increases stamina too thanks to its built-in battery, all while protecting the screen. Basically, it turns the tablet into a netbook/laptop. The iPad 2, meanwhile, offers some adapters to enable functions and connection options that should have been incorporated in the first place, for exorbitant amounts of your precious cash.

Winner:
The iPad 2 – nope, only kidding. The Transformer Prime, for sporting an accessory that makes it the most versatile and best productivity tablet on the market. Oh, and you can pretend you’ve bought an Ultrabook to people who don’t know any better – they’ll be impressed, once you explain what an Ultrabook is. 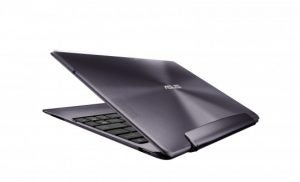 Battery Life
It’s difficult to do a straight comparison in this area, but overall both tablets offer roughly comparable battery life of between nine to 14 hours depending on usage. The iPad 2 generally stays a nose ahead, but that all changes when you throw the Transformer’s dock into the equation, as it adds around six hours.

Winner:
The Transformer Prime, for lasting as long as the competition despite packing more powerful hardware, and for offering a keyboard dock that extends it even further.

OS
iOS is arguably the slickest and smoothest mobile operating system available, and certainly one of the most mature. However, with Asus having committed to updating the Prime’s Android 3.2 (Honeycomb) to Android 4.0 (Ice Cream Sandwhich AKA ICS) before year’s end, that might soon change.

Draw:
The iPad offers a friendlier and smoother experience for now, but Android is more flexible and customisable – and ICS might well bring comparable levels of slickness to the Prime very soon.

APPS
This is the biggest area where all Apple rivals are playing catch-up, as iOS has the largest selection and arguably highest quality of apps. But with Android devices outselling iOS ones already and Tegra 3 pushing the potential graphics envelope, the war is only beginning.

Winner:
The iPad 2, for giving us games like Infinity Blade and apps like Garage Band. And for not making us worry quite as much about dodgy-sounding permissions. 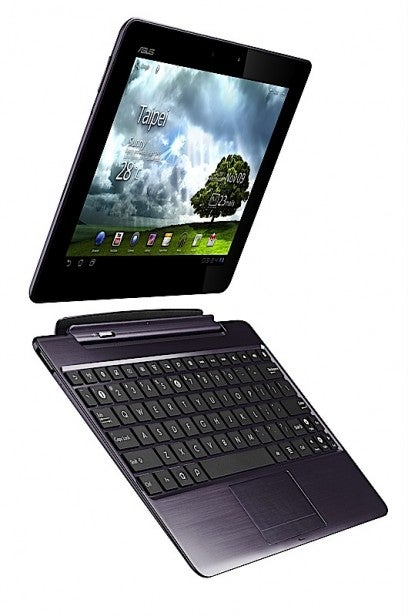 Value
The initially available 32GB Wi-Fi Asus Eee Pad Transformer Prime with keyboard dock should set you back £499, while a 32GB Wi-Fi iPad 2 will deduct £479 from your bank balance. That’s £20 more for a tablet that offers superior hardware and performance in almost every regard, while also giving you a usable keyboard and extended battery life through its dock. Considering the dock is worth £100, that means you’re essentially paying a bargain £399 for the tablet, and prices are likely to fall far quicker than on Apple’s tablet.

Winner:
The Transformer Prime, for giving you so much more for your precious pounds (or other assorted currencies).

So there you have it, the Transformer Prime clearly wins out in practically every category. Aside from 3G, the only area (and it’s a pretty important one) where Apple’s iPad 2 still reigns supreme is in the choice and quality of apps. But with over 600,000 apps already in the Android market (of which most are free, quite a few are decent and some are brilliant) that’s not necessarily an issue. To get the definitive verdict on the Prime though, you’ll have to check out our full review (coming very soon, we already have a unit in hand).