We’ve already had the Euro footie, the Wimbledon tennis, Bradley Wiggins’ stunning Tour de France and Grand Prix galore. But still the climax of this remarkable sporting year is yet to come, as the Olympics kicks off this Friday.

What’s more, this year we’re getting unprecedented volumes of coverage from the event, with the BBC, Sky and Virgin Media delivering no less than 24 simultaneous live streams – all of them in HD on Sky. All of which makes now possibly the best time ever to upgrade your old TV set. But when considering a new Olympics-friendly TV, what sort of features should you be looking for?

Screen Size
The most obvious recommendation is size. As in, the bigger the better if you want to increase your sense of ‘being there’. We’d say 46in would be our minimum, but we guess if you’ve got a really small room you could perhaps go for 40-42in. It’s worth bearing in mind that the best quality pictures and most features tend to be on these bigger screens too. 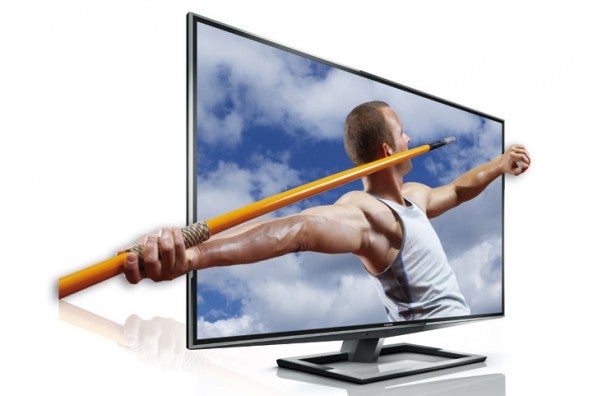 3D?
Let’s get our likely most controversial recommendation out of the way next: 3D. While we’re not generally too fussed about 3D films, 3D can certainly add considerably to your enjoyment and understanding of sport. So we’re genuinely excited that the BBC will be showing regular 3D highlights shows during the games, as well as showing some flagship events live in 3D.

In deciding which 3D TV to buy, you have two options to consider: passive or active. For many people passive will be the best option for the Olympics, as it’s much more suited to the sort of group viewing scenarios we imagine will be preferable while watching the games unfold. Most passive TVs ship with at least four pairs of glasses included for free, and their freedom from flicker makes it easier to watch 3D for longer periods.

Even the reduced resolution of passive 3D versus active 3D doesn’t really matter for the Olympics, as the broadcasters can’t deliver full HD 3D images anyway using the current broadcasting infrastructure.
If you’re a serious film as well as sports fan and so prefer the active 3D approach, with its full HD resolution support for HD 3D Blu-rays, then don’t forget that you’ll probably have to factor in the cost of active shutter glasses (£60-£100 a pair usually) on top of the price of the TV. 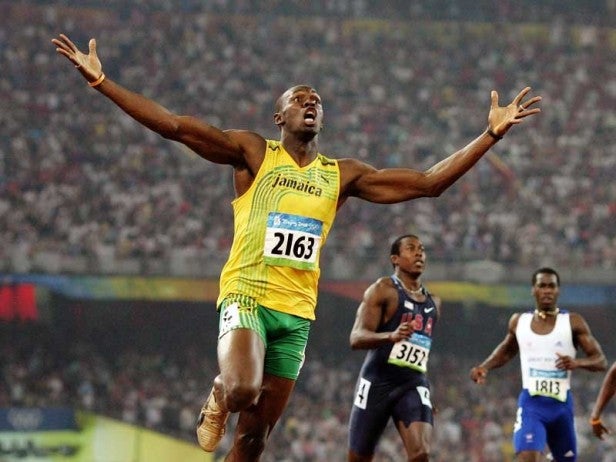 The Need For Speed
The next key thing to look for from a TV for the Olympics is excellent motion handling. With the likes of javelins, hammers, shot putts, tennis balls and Usain Bolt flying across your screen at insane speeds, you need a TV with a fast enough response time or clever enough processing to be able to ‘keep up’. Otherwise you’ll end up with blurring and fuzziness.

With this in mind plasma sets make a compelling argument, as their native response times are way faster than those of LCD TVs – even though some LCD TVs have certainly closed the gap considerably this year.
LCD TVs have a benefit of their own (aside from the fact that currently only LCD TVs offer passive 3D). For with all the events happening in daylight hours, LCD’s innate brightness advantage over plasma could prove handy. Especially given the abundance of bright colours you’ll get from the national uniforms and the insane amounts of onscreen graphics the BBC will likely ‘treat’ us to.

Viewing Angles
If you fancy holding a few Olympic parties, though, you might find your head turned back toward plasma again by the fact that plasma screens deliver much wider effective viewing angles than LCD panels. With most LCD TVs, anyone sat more than around 30 degrees off axis will start to suffer reduced contrast and colour saturations, with people sat right off to the side being left with a picture that’s barely watchable. With plasma, on the other hand, you can watch from as much as 160 degrees off axis without the picture ‘breaking down’ too much.
Some LCD TVs, notably those from Panasonic, use so-called IPS Alpha panel designs to deliver a wider viewing angle than other types of LCD. But the results are still no match for plasma.

Sound Quality
One last, oft-neglected feature to look out for on a new Olympics-enhancing TV is sound quality. The trend towards ever greater slimness makes it difficult for most TVs to produce any real power and range with their audio, yet being able to accompany the sporting action with the sound of the crowd can really enhance your involvement with the action. With this in mind, we’d recommend looking for screens that either have a bit of frame size to them, giving their speakers room to manouevre, or else TVs that use a separate woofer on their rears to boost bass and take some of the burden of the main stereo speakers. 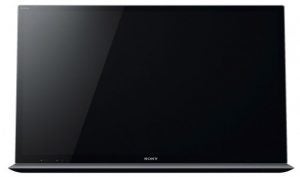 Sony KDL-46HX853
£1485
Sony finally gets its TV mojo on with this stunning effort, which combines peerless LCD contrast with some of the best motion handling and richest colours in town. It’s got good active 3D too, though no glasses are included.
Read the full review here 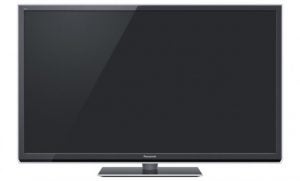 Panasonic TX-P50ST50
£1099
The P50ST50 uses Panasonic’s latest plasma panel technology to awesome effect, producing more brightness and contrast than plasma has managed before, as well as the sort of ultra-clear motion plasma is known for. It’s a solid active 3D performer too, though again no glasses are included.
Read the full review here 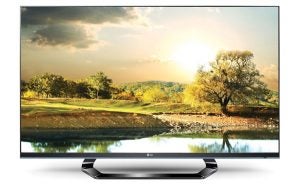 LG 55LM660T
£849
This passive 3D set really feels like the ‘sweet spot’ of LG’s 2012 range, combining unfussy but potent pictures with a great price and gorgeous design. Plus its passive 3D nature means it ships with enough free glasses to keep the whole family happy.
Read the full review here 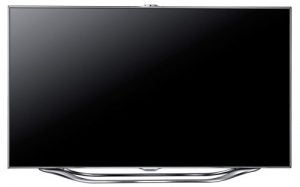 Samsung UE46ES8000
£1529
Samsung’s UE46ES8000 pretty much defines cutting edge this year, particularly thanks to its online services and innovative control systems. It also boasts phenomenally punchy, colourful, sharp pictures, good active 3D images, as well as some unusually good motion handling.
The only problem is that movie fans have to sacrifice a lot of brightness to make the UE46ES8000 work well with films.
Read the full review here 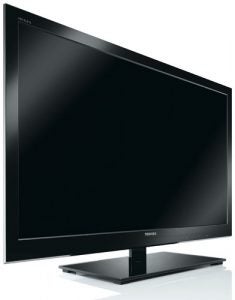 Toshiba 47VL863
£550
Our main reason for recommending the  47VL863 is its price. Just £550 would be a bargain for any 47in TV, yet this one also gives you passive 3D with 4 glasses, decent motion handling and generally good pictures (aside from some backlight inconsistency when watching dark films). Get em while they’re hot, though, as they’re about to be superceded by the more expensive VL963 series…
Read the full review here