With the London 2012 Olympics almost upon us it’s time for the talking
to stop and the competition to begin. And, of course, for anyone lucky
enough to have tickets it’s also an opportunity to witness sporting
history in the making. All the more reason to ensure you’ve got the
right camera with you then. Ideally it’ll be something that can keep up
with the action and capture great quality images of all the best moments
– whether it’s the opening ceremony, the 100m final or the women’s
beach volleyball tournament. With that in mind here are four key things
to think about when selecting the ideal Olympic camera:

1) Zoom range
While
many compacts and superzooms come with fixed zoom lenses that offer a
reasonably versatile focal length range, compact system cameras (CSCs)
and Digital SLRs use interchangeable lenses that tend to offer much
narrower focal ranges. So if you’re looking to buy a DSLR or CSC try to
leave enough room in your budget for a telephoto zoom – something like a
70-200mm – otherwise you may well find that your 18-55mm kit zoom ends
up making the athletes look more like ants.

As for going with a
compact camera of some description, the ones to look out for are the so
called ‘travel compacts’ or superzooms. Superzooms do exactly what they
say on the tin, although their 30x (and beyond) zooms often result in a
camera of almost DSLR-like proportions, without the DSLR image quality.
If you want something smaller then a typical travel compact will pack a
20x zoom into a camera not much bigger than a regular pocket compact. 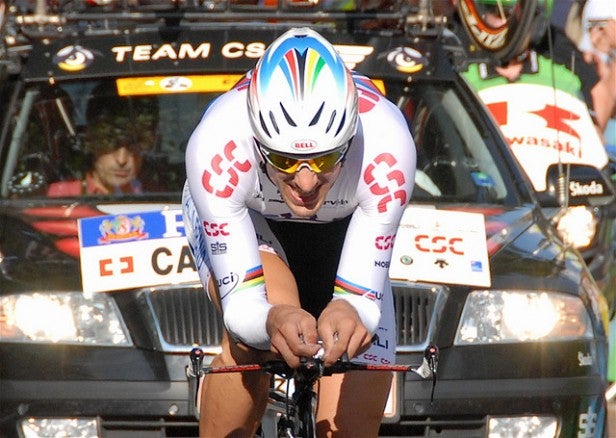 Want to get this close to the action? Make sure you’re camera or lens can stretch far enough.

2) Continuous shooting speed
Professional photographers at the Games will almost all be using top-of-the-range DLSRs (primarily Nikon D4
and Canon 1Dx models) with continuous shooting speeds of 10-14fps.
While you probably don’t need quite that much speed, having a camera
that can record a quick-fire burst of consecutive images could make all
the difference between capturing the perfect moment and just missing it.

Given
how in sport things tend to happen in the blink of an eye, you’ll
ideally want something that can manage around 4-5fps, if not more, at
its highest quality setting. There are of course exceptions, although as
a rule cameras that use sensors with higher resolutions tend to shoot
slower than cameras sporting lower resolution sensors. That said, image
processors have come a long way in recent years, with some of the best
examples now able to process large file sizes very quickly.

Also look out for cameras, like the Nikon 1 range, that offer a pre-record function where the camera starts taking snaps (or video) before you even press the button.

3) AF performance
Having
a camera with speedy AutoFocus performance gives you a much better
chance of capturing the moment before it’s gone. If, on the other hand,
you’re watching your camera zoom in and out of focus as the AF module
struggles to lock on chances are you’ll either miss the action
completely or get impatient, press the shutter release before the
camera’s properly focused and end up with a set of blurred images. And
you really don’t want that.

Because compacts, superzooms and CSCs
contain no internal mirror or optical pentaprism they have to use
contrast-detect AF technology. Until recently this was considered slower
than the phase-detection AF technology employed by DSLRs. In recent
years however some CSC manufacturers (we’re thinking primarily of
Olympus and Panasonic/Lumix) have challenged this with some very speedy
contrast-detect cameras indeed. Sony too has upped the ante with its
Single Lens Translucent (SLT) technology that essentially splits the
light entering the camera into two with part going to a dedicated AF
sensor and part going to the main imaging sensor. 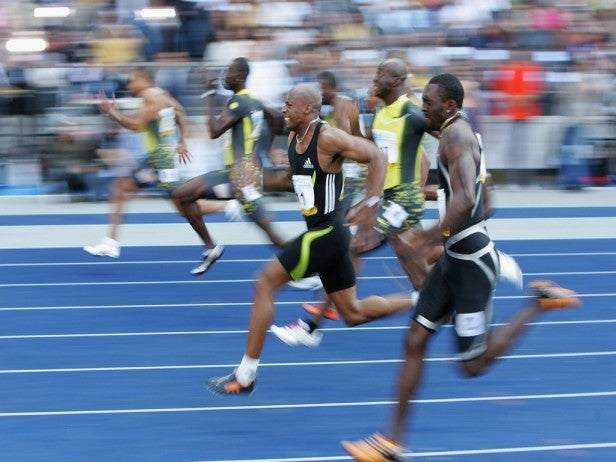 Want to capture the right person at the right moment? You’ll need top notch AF performance to do the job.

4) Movie modes
While
taking a great photo is still the best way to capture a scene in the
most detailed and emotional way, it’s only with video that you can truly
relive those moments. For this reason you’ll find HD video recording
comes as standard on just about all cameras – even budget compacts.

What’s
important though is to understand that not all HD is the same, with the
lesser 720p HD found on cheaper compacts bettered by 1080p Full HD.
Watch out for framerates too; a higher framerate will capture fast
action much smoother than a low one.

In addition to HD movie
recording, one additional feature that might be worth looking out for is
High-speed movie recording. This basically enables you to shoot movies
at a super high framerate (think 60, 120, or even 240fps), which can
then be played back in slow motion. You do have to compromise on image
quality and resolution (often as low as 320 x 240pixels) but if you want
to learn the technique secrets of your favourite athletes, there’s no
better way.

Podium Contenders – Five Cameras To Look Out For 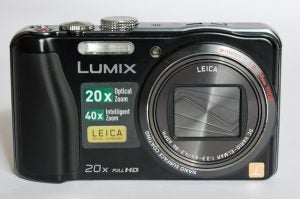 Panasonic Lumix TZ30
£260
This
nifty little travel compact offers a 20x optical zoom and plenty of
useful shooting features into a camera body that’s not much bigger than a
regular compact.
Read the full review here 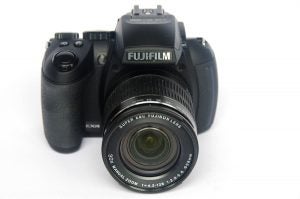 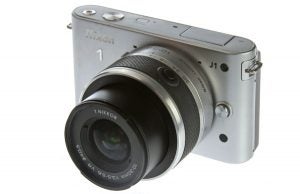 Nikon J1
£350
Able
to shoot at speeds of up to 60fps the J1’s Hybrid AF system is also one
of the fastest around, and you get that pre-rec function. Pair it up with the 30-110mm zoom to get a nice long zoom range.
Read the full review here 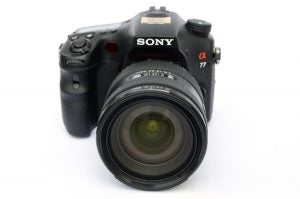 Sony A77
£1000 with 18-55mm lens
The
A77 uses Sony’s pioneering single lens translucent technology to
deliver blisteringly fast AF performance and a class-topping 12fps
continuous shooting speed. Pair it up with a 200mm telephoto lens and
you’ll be snapping like a pro.
Read the full review here 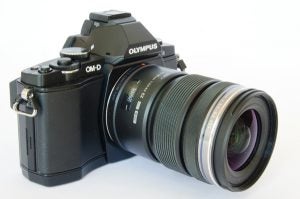