It’s time to get serious about calibration…

It’s a sad but undeniable fact that the vast majority of people who buy a TV – even a really expensive one – never get the best out of their swanky new set. Why? Because most people don’t as much as glance at their picture set up menus. They stick with whatever picture presets come included with the TV, despite the fact that these presets are almost always crap.

Here’s the truth. If you have settings like contrast, backlight, colour, motion processing, noise reduction and brightness set too high, you will never be seeing the best – as in, most detailed, most nuanced, most involving and most natural – pictures your TV can produce.

Honestly, the thought of tens of thousands of TVs across the UK looking like a dog’s dinner when they could be looking beautiful causes us physical pain. Well, nearly.

There are many ways to calibrate a TV, but the hardcore route is to pay £350 to £500 to a professional calibrator. To work out if it’s worth the effort, we rounded up an ISF- and THX-certified plasma TV (Panasonic P50VT50) and receiver (Onkyo TX-NR5010), and invited a similarly certified professional calibrator with 23 years of experience and challenged him to show us.

What is THX and ISF?

Anyone who reads about TVs will probably have heard of THX and ISF. But even if you know what the letters stand for there’s a good chance you don’t really understand what the organisations behind them do – or why they’re such important forces for good in the AV world.

THX, the brainchild of Star Wars director George Lucas, produced a set of tests for AV gear and TVs. THX is, in other words, a seal of quality and that shows that the product in question has passed its stringent tests.

THX TVs (which are plasma only, at the moment) and projectors these days also carry dedicated THX picture presets, created using laptops at the manufacturers’ factories equipped with THX software.   THX presets are a superb shortcut for AV enthusiasts – especially now that TV and projection technology has reached the point where it can fully deliver on THX’s wishes. 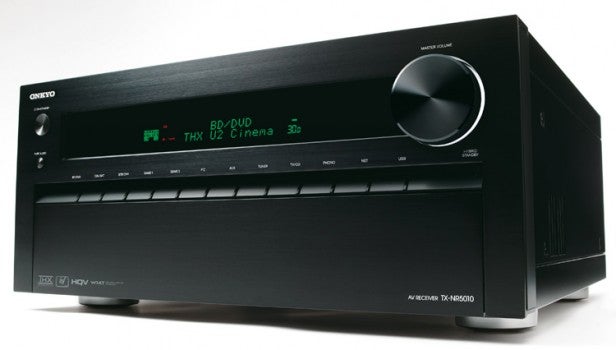 ISF, meanwhile, stands for the Imaging Science Foundation – an organisation that was set up in 1994 with the aim of assisting everyone from large companies to individual consumers to get the best from their AV products.

The ISF does two important things. First, it works with projector and TV manufacturers who solicit its help to develop and provide the sort of tools – gamma adjustments, colour management systems, white balance options and suchlike – required to deliver a professional calibration. Second, it trains engineers to calibrate TVs and projectors so that they deliver the best (as in, most accurate according to industry standards) picture quality possible.

What makes the ISF calibration procedure special is that it takes the lighting conditions and layout of your room into account, as well as the precise configuration of the particular panel you own, so that you get a truly personalised optimal TV/projector experience. Such a level of precision is clearly impossible to get with even the most carefully calibrated of factory picture presets.

At least, that’s the theory. Read on to see how it works out in practice.